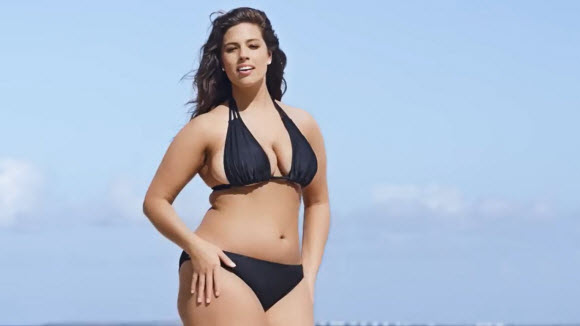 Last year, Ashley Graham made history when Sports Illustrated featured her in its annual Swimsuit Edition — but in an advertisement. This time, the magazine has made the plus-size beauty an official part of the annual issue, even putting her in the running for “Rookie of the Year.”

“It’s official — I’m a @si_swimsuit model!!” Graham wrote on Instagram, giving fans an early peek at her photo shoot. “This is a dream come true. Thank you to everyone who stood up for curves — our voices were heard and together we can help me win Rookie of the Year. Stay tuned for voting instructions.” 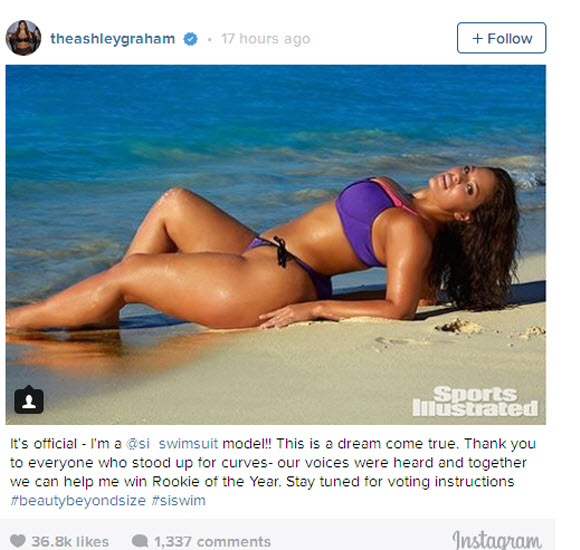 Sports Illustrated announced the news on its website today, introducing Graham as one of five rookies and “an advocate for beauty of all shapes and sizes.”

The model, from Lincoln, Nebraska, has long been an outspoken proponent of body positivity, telling TODAY in an earlier interview that “there is no right size and there is no wrong size.”

“We are all built differently and that’s a good thing!” Graham said. “Celebrate and embrace your differences.”

Graham, whose career as a model kicked off when she was discovered in a shopping mall at age 12, has appeared in campaigns for NYDJ and Lane Bryant, and also runs her own lingerie line through Addition Elle, a Canadian retailer.