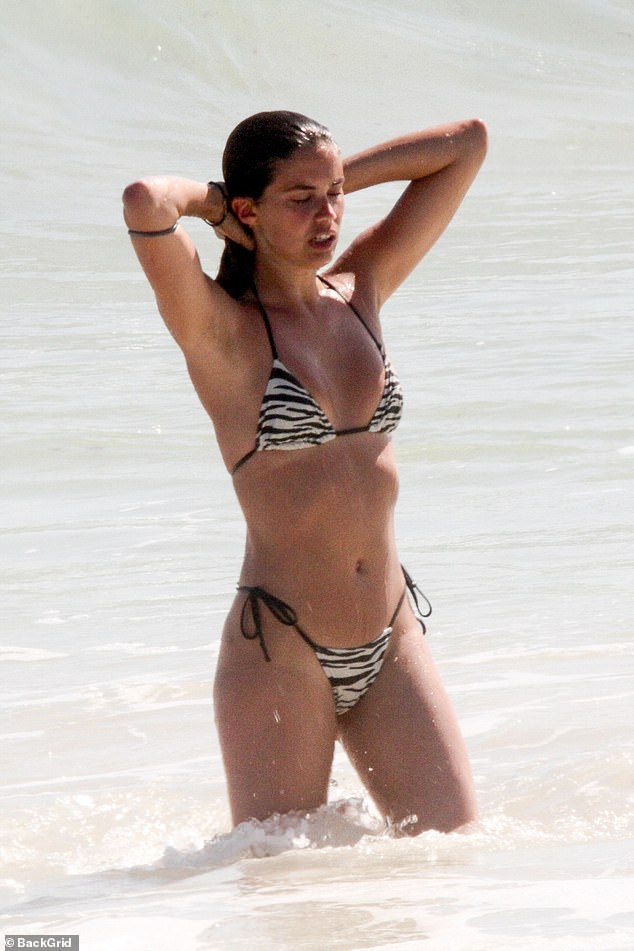 Sara Sampaio recently engaged in a war of words with actress Jameela Jamil over body positivity.

But if Sara Sampaio was worried, she didn’t show it on Saturday, when the Victoria’s Secret Angel frolicked in the waters of Tulum with boyfriend Oliver Ripley. 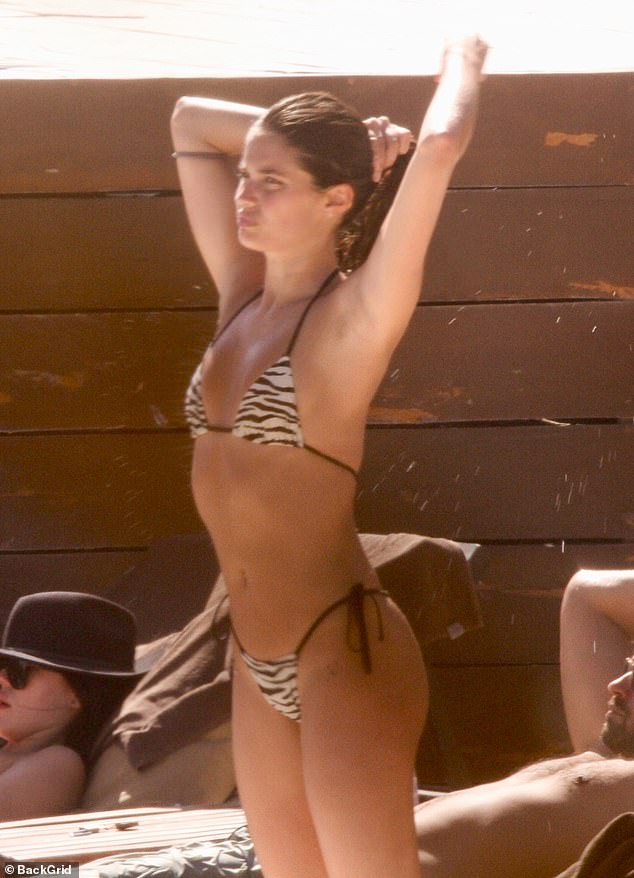 The Portuguese stunner wore her brunette tresses up in a high bun as she entered the cool waters.

However she soon let her tresses down as she splashed in the surf with Oliver.

She’s been loved-up with the 36-year-old entrepreneur since 2015. 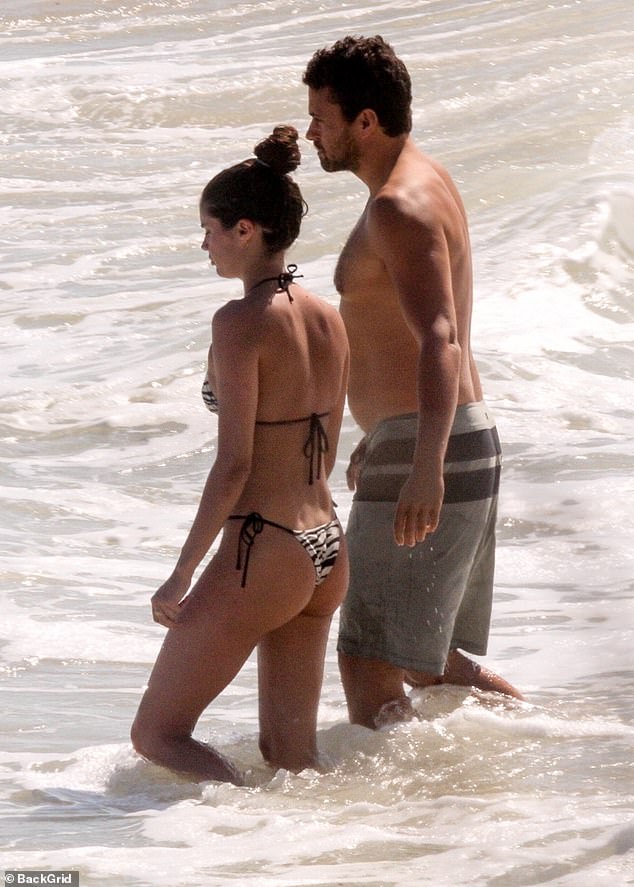 He was previously married to another high-profile model: Brazilian beauty Jeisa Chiminazzo.

In an interview last May with KTLA 5, the Calzedonia ambassador previously admitted she felt ‘lonely’ when she had to travel for work.

She shared: ‘There’s a lot of planes, a lot of sleepless nights, and there’s a lot of being alone. My boyfriend travels as much as I do. We meet whenever we can.’

The fashion model has been a Victoria’s Secret Angel since 2015, and has modeled for the classic brand for over six years. 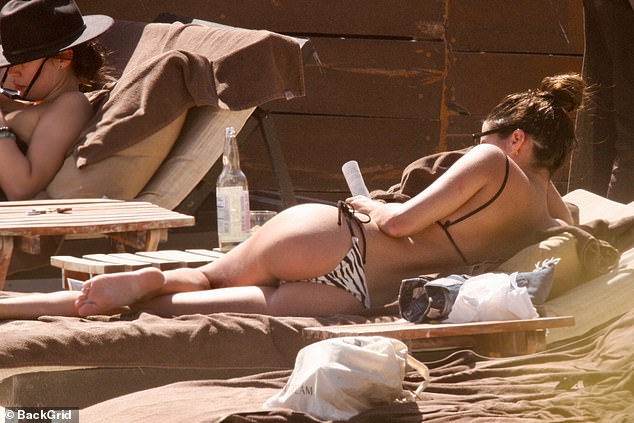 Sara’s appearance comes after she initiated a feud of sorts with actress Jameela Jamil, 33, over some comments Jamil made on Twitter.

It all began when the Good Place star and body positivity advocate tweeted a viral video of models dancing on the Colours of Africa runway during a Vienna Fashion Week show in 2018.

Jamil wrote the following snarky caption alongside the clip: ‘Not a long-starved terrified teenager in sight.’

Sampaio took offense to the comment and snapped back with a reply on the platform.

‘How about celebrating someone without bringing other people down? Calling runway models “long-starved terrified teenager” is extremely offensive.

‘From someone that is always preaching for body positivity this just screams hypocrisy,’ Sampaio said.

Jamil responded and noted that she never used the term ‘all models’ in her tweet, but continued that Sampaio was ‘living in a bubble’ if she wasn’t aware of the phenomenon of young girls indeed starving themselves in order to fit into smaller sizes. 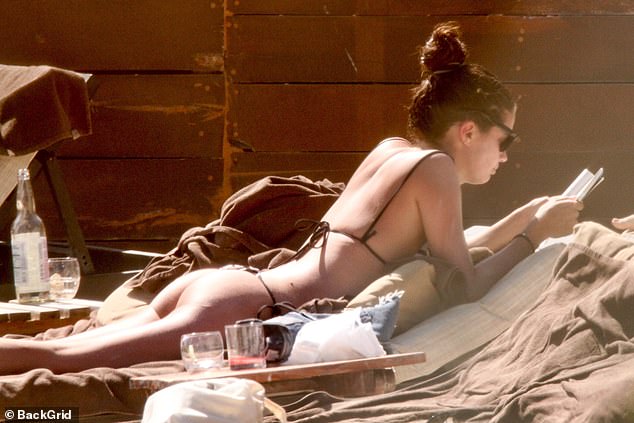 The actress took to Twitter to make a second statement bashing the fashion industry even further, stating: ‘I talk about moving away from all talk of body, in order to combat our current pervasive issue of eating disorder culture, which is in NO small way perpetuated by the extreme thinness demanded of girls by the high fashion powers that be.’

Their spat kept on even longer, with Sampaio responding that eating disorders aren’t ‘exclusive problems of models,’ but rather something that society deals with on the whole.

Sampaio then made an attempt to simmer down the waters, saying: ‘This is the last I’ll say on this. Your constant condescending tone is just unnecessary, and makes it impossible to actual have a conversation. Hope you have a nice life. Wish you all the best.’

But Jamil wasn’t having it, as she then began to target Sampaio’s association with Victoria’s Secret, which she called a ‘transphobic, fat phobic company.’ 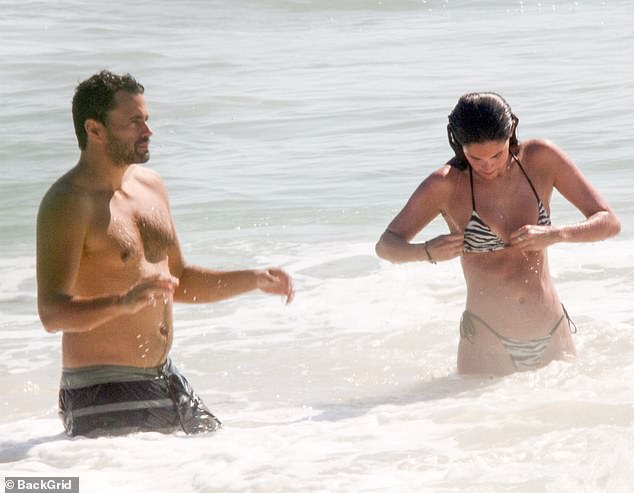 ‘Victoria’s Secret is a brand that sets out to exclude most women, so I would check yourself on that before you start policing me for calling out an industry wide epidemic of harm to young girls,’ Jamil said.

Sampaio replied: ‘I proudly work for a company that has made mistakes and that understands that and has been working on changing that, just like you have made big mistakes in the pass [sic] too. I’m also not someone that is going to resource on personal attacks to try to win some stupid twitter feud!’

Jamil fired back with a final tweet challenging the model to keep her activism up.

‘If you’re speaking out against what your company did then GREAT,’ Jamil said.

‘I look forward to seeing your activism on that with your big profile. You seem passionate about speaking out. So best of luck to you on helping young girls and trans people in this business.’