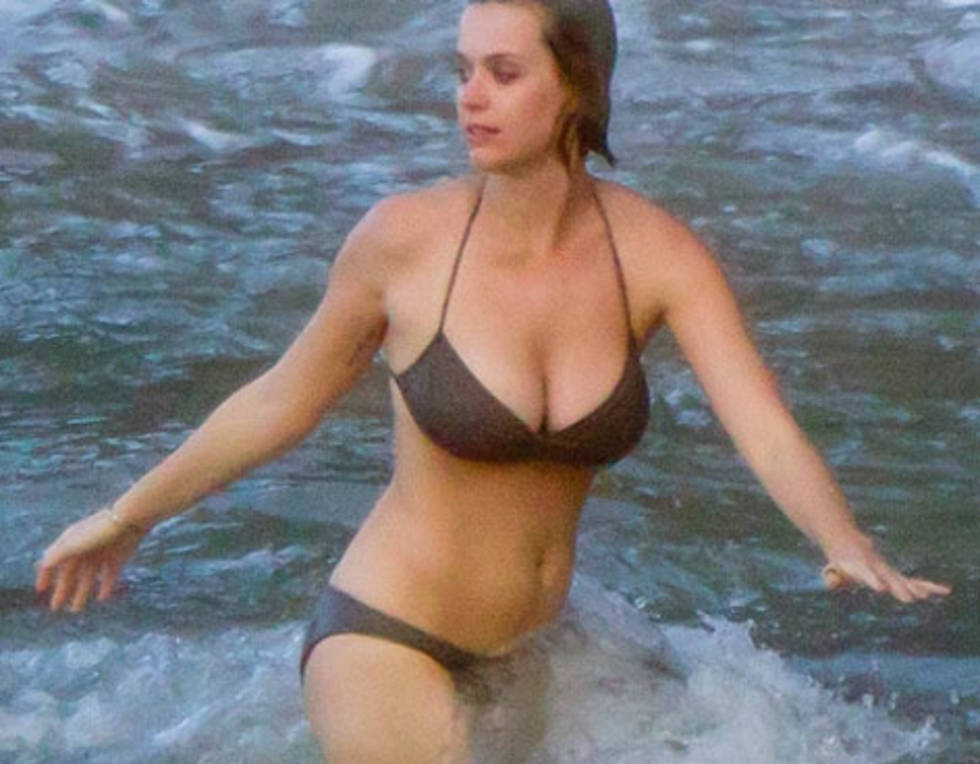 Katy Perry goes topless and flashes her bottom alongside Santa Claus in the video for her first ever Christmas song.

The 35-year-old star strips off while performing new hit Cosy Little Christmas, where she gets a massage from a reindeer, reports The Sun. 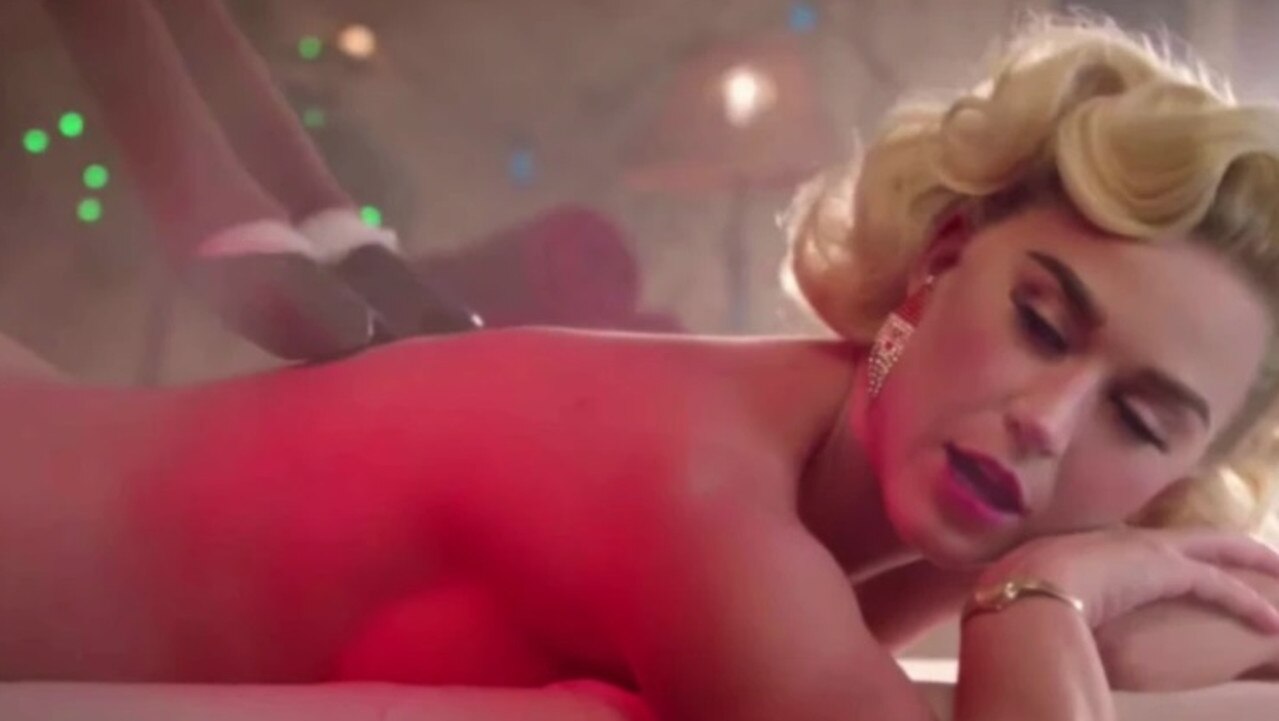 She’s seen with a towel covering practically none of her bottom as she lies on her front in nothing but fancy earrings and a bracelet.

Playing a super-flirty version of Father Christmas’s wife, she sings: “A little whisky, we’re getting frisky. No, we ain’t stressing, just caressing.”

Meanwhile, a similarly-nude Santa is seen getting a massage alongside her, as the pair enjoy a summer break.

The couple are also shown hanging out by the pool, Love Island-style, as they soak up the sun with a parade of animated characters.

She switches between blonde and black hair as she splashes around in a giant glass of festive drink eggnog in a stripy catsuit. 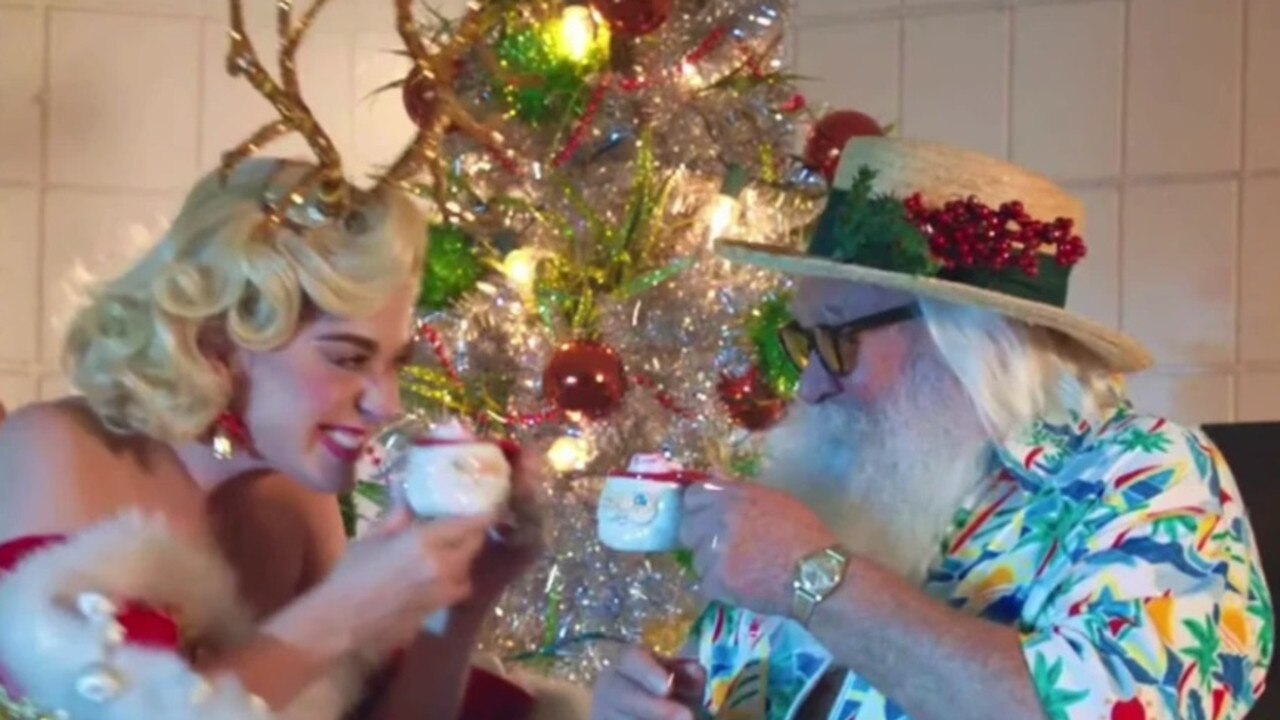 The catchy tune concludes: “Nothing’s missin’, ‘Cause you’re a blessin’, Yes, you’re the only one I’m wishing for.”

The video got a mixed reception, with many loving the song and the lavish visuals, but others felt it was too racy for her audience. 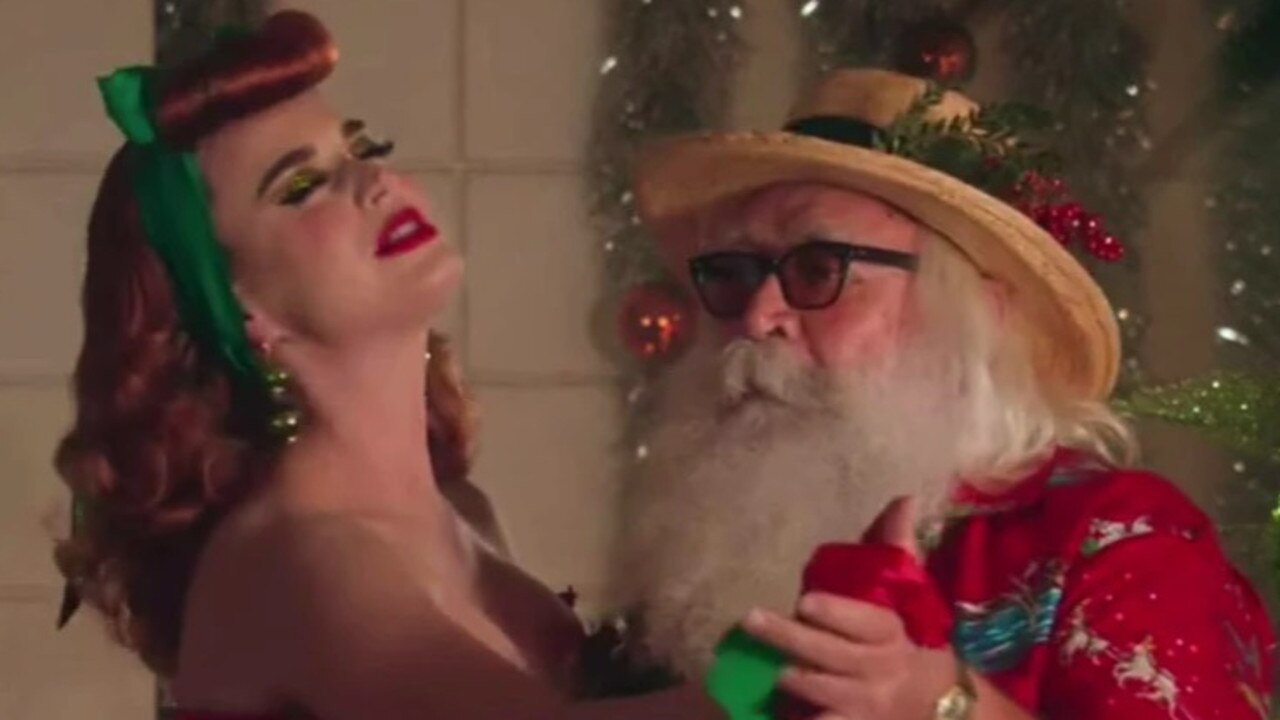 One appreciate fan posted: “One naughty lady. And one lucky reindeer.”

However, another wrote: “Not cool or cute at all to try to sexualise a reindeer and Santa Claus. Absolutely no regard for young children.”

A third fumed: “Why does she have to make everything into something sexual, it’s Christmas!”