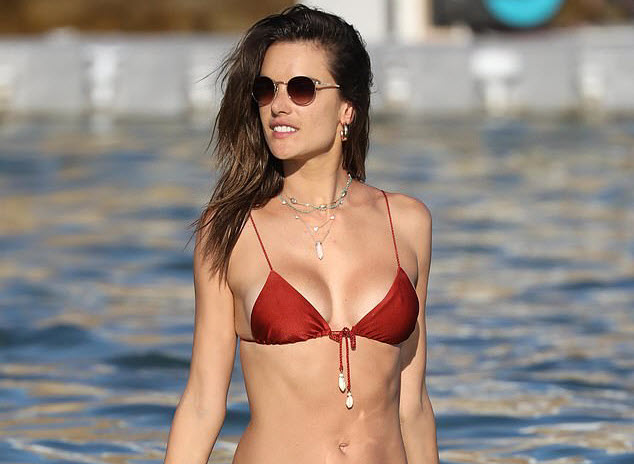 Alessandra Ambrosio got in a little rest and relaxation in her bikini in a red hot new snapshot shared to social media this week.

The beauty, who was one of  Victoria’s Secret‘s most famous Angels until she hung up her wings in 2017, lay back in the sunshine while she wore a skimpy two-piece and promoted her swimwear line,  “Gal Floripa” .

The upload – which was posted to Gal Floripa’s official Instagram account on December 4 – showed the mom of two as she lounged around in a white woven hammock.

The 38-year-old beauty closed her eyes while she enjoyed her well-deserved downtime in the sun and also showed off a whole lot of skin in a coral bikini from her own line. She launched her brand earlier this year after founding it alongside her sister, Aline Ambrosio , and their close friend, Gisele Coria.

Her fun two-piece was made up of the colorful full-cup top, which featured a fun frill design and appeared to be underwire to offer more support.

Alessandra held up a small pink and yellow flower to the side of her face as she posed with her right leg bent sideways so it covered her bottoms. Though her bikini bottoms weren’t visible in the snap, it’s likely she paired the look with matching coral briefs from her collection. 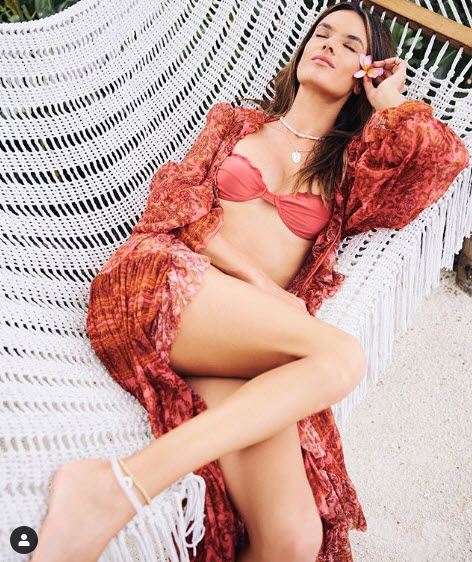 While she most definitely proved she’s not afraid to show off her toned body, the stunning model rocked a flowy floor-length coral cover-up that she strategically positioned over her booty as she posed.

Alessandra appeared to keep her makeup to a minimum for the sunny resort photo shoot. She wore natural eye makeup and a cute pink lip as she posed with her long brunette hair straight and down.

The star went barefoot and sported two anklets on her right ankle. She also accessorized with a white beaded necklace and a silver necklace with a pendant. 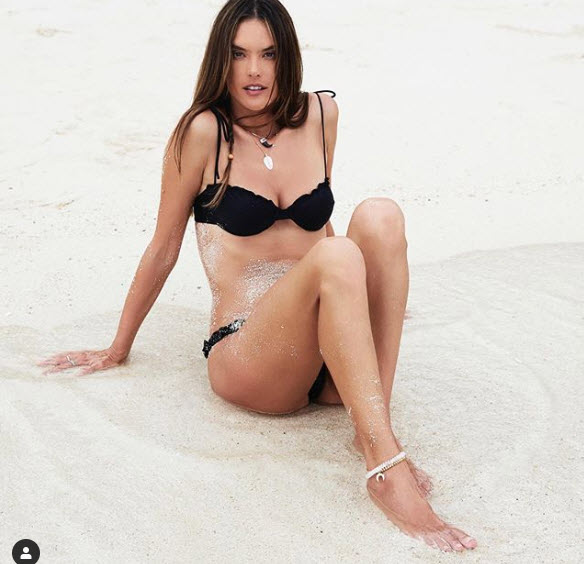 In the caption, Gal Floripa confirmed exactly which two-piece Alessandra wore for the shoot – the Sereia set in the color Guava.

In the comments section, fans left sweet messages of praise for the stunner.