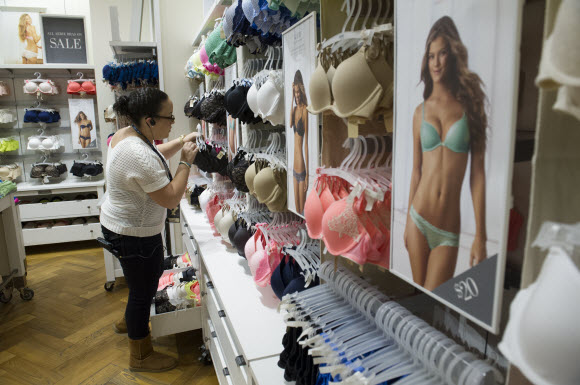 ThirdLove, an upstart challenger to established lingerie brands like Victoria’s Secret, is well aware of that fact, and its merchandise and marketing reflect the ethos of personalization.

For instance, it offers half-sizes of its bras and an online custom fit finder.

As ThirdLove becomes a more mature, established ecommerce player, its website needs to provide that same level of personalization.

“If you’re not testing the most important and critical parts of your funnel, you’re always leaving opportunity on the table,” said Desirae Oppong, ThirdLove director of product growth. Her team is tasked with creating incremental growth for the business, and works with both the product and marketing teams.

ThirdLove had a hunch that returning shoppers wanted to hear about new products, while new ones just wanted to get comfortable with the idea of ordering a bra online. And it thought that people arriving from a Facebook ad would have different questions than people coming from a search engine. But the existing testing process was limited and cumbersome.

It’s since run more than 50 tests on the platform, improving critical metrics like conversions, average revenue per user and click-through rate.

For example, ThirdLove created personalized landing pages when people came to the site from a paid social ad. If the shopper had already completed a “Fit Finder” quiz, she saw content for the next step of the purchase journey. And new prospects saw messaging designed to overcome the hesitancy of buying a bra online. These changes improved average revenue per user by 23%.

“It takes a lot to get someone to make a purchase when they’ve only seen an ad on Facebook,” Oppong said. “You have to be intentional to overcome those barriers.”

Another set of tests focused not on landing pages for ads, but creating different homepage experiences for new users and returning visitors.

Testing different creative messages on the homepage created a 3% uplift in conversions and a 6% increase in click-through rate on the hero image. People bought more when they saw messages that addressed their respective needs.

The fact that ThirdLove was even willing to test its homepage was a big deal. “Often, homepages are thought of in a very editorial way, as a place where you communicate new product launches,” Oppong said – and some companies are afraid of testing high-profile pages.

In a third set of tests, ThirdLove tuned the messaging that led customers to fill out the “Fit Finder” quiz, improving the number of people who completed the quiz by 75%.

With several months of testing behind it, ThirdLove plans to come up with more granular, nuanced ways of testing site personalization.

Dynamic Yield continues to innovate with new product features just for ecommerce, Oppong said. And now that ThirdLove’s done the initial setup with Dynamic Yield, future testing will be even quicker.

“We really like that the platform allows you to build things you can reuse, without requiring as much engineering work,” Oppong said. ThirdLove can build templates for one project  and reuse them for a wide assortment of personalization.

“We could still do a lot more,” Oppong said. “What we’ve found so far is that communicating the value prop around diversity and the variety of sizes has been compelling – and one of the strongest concepts.”