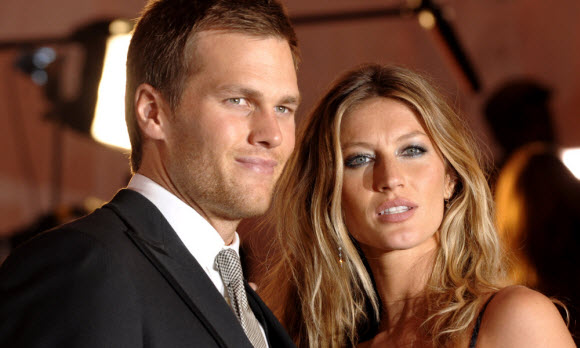 According to reports, the former Victoria’s Secret Angel went to a a Boston-based psychic for advice. There are no reports on what the psychic said, but Bundchen reportedly “looked very concerned on her way out” from the reading.

A source told OK! Magazine that the 35-year-old model “walked out” after their last fight.

“[Tom] can be cold and angry, and when he’s in that sort of mood, nothing Gisele says will help. They fought about everything and eventually stopped talking completely. They were just coexisting for the sake of the children,” the source explains, adding “neither of them is happy” but they aren’t ready to part with their ~power couple status~.

InTouch reported that Bundchen ad Brady have been in couples’ therapy.

“Gisele is reevaluating herself and mistakes she made, too,” a source told InTouch. “They’re desperately trying to work through their problems.”

After the Patriots lost to the Giants in Super Bowl XLVI in 2012, Bundchen stood behind Brady.

“My husband can not f—— throw the ball and catch the ball at the same time,” Bundchen said in an ESPN video. “I can’t believe they dropped the ball so many times.”

“Gisele feels like she has the right to lay down the terms of their marriage because she’s the primary breadwinner and worth three times what her footballer husband is,” according to Celeb Dirty Laundry.

People magazine also reported that Brady has become “nasty and cold” over the Deflategate scandal.

“Tom is singularly focused on his career and sometimes Gisele feels left out. There have been arguments,” an insider told People.

“There have been a lot of stresses in their marriage in the last year, especially during football season,” another source told People magazine.