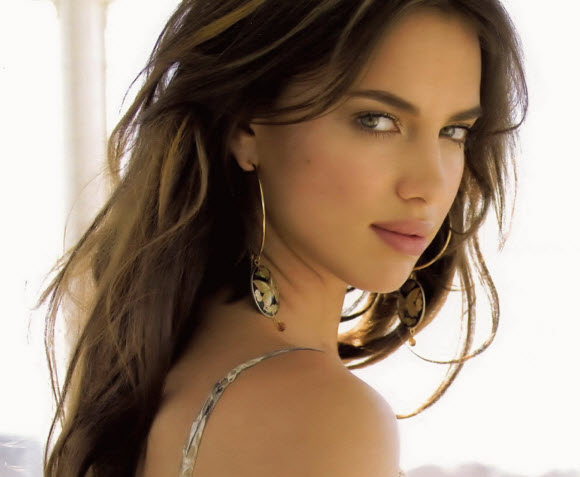 Irina Shayk is known for her stunning photo shoots and she has again become a part of a show that will be remembered for very long time. CR Fashion Book is coming out with a 48 pages’ special edition and they have roped in supermodels like Irina Shayk, Bella Hadid and Gigi Hadid for the shoot.

The special edition of the magazine will be called CR Girls 2016 and will also feature the spring fashion line of Kanye West that he had released at the New York Fashion Week in September.

CR Fashion Book is known for their run of the mill shoots and this time the girls are made to pose nude or in athletic bodysuits and negligees from Kanye West’s spring collection. Being the brainchild of Carine Roitfield, the models who are featured in the 48 pages are some of the most popular from the industry.

Among all the noted models like Nina Agdal, Amina Blue, Julia Restoin Roitfield, Gigi Hadid, LiLy Donaldson, Joan Smalls and Nina Agdal, the cover for the coveted special edition will be graced by none other than the Sports Illustrated model, Irina Shayk. While all the girls are in similar ensembles, it appears like Irina Shayk is the only one who has gone ahead to pose topless for the photo.

Each of the models will have their own page in the CR Girls 2016 edition and the front cover of the magazine will see Irina Shayk sprawled on the grown while one her arms cover her breasts. She has used her other arm to prop herself up in front of the camera. She is wearing a pair of nude leggings from Kanye West’s collection and has a very sexy strappy pair of heels on her feet.

Gigi Hadid and her younger sister Bella both wear crop tops while Nina Agdal is in a well fitted leotard as she kneels down looking towards the camera, while her derriere is provocatively displayed. The photographs have all been taken by Sante D’Orazio who is renowned for his work ever since the 1990s.

Carine Roitfield spoke to Daily Mail and said that she is loyal to all the models that she likes and has given them an opportunity to be a part of the special edition. Carine Roitfield added that while she was conceptualizing the spread, she looked back to her work with Steven Meisel in 2015 for the Pirelli Calendar and had realized that a model who is scantily clad is always better than a nude model and she used this concept here.

She decided to team up with Kanye West and used his Season Two collection. Carine Roitfield added that Kanye West’s collection had inspired her and many of the models she has worked with. The collection is targeted at making the wearer tough yet sexy and this is something that she wanted to project. The special edition will be released on 26th February.

Zoolander 2 premiere was a gala affair with stars arriving with their finest attires. The 30-year-old Irina Shayk stood out in the midst of all the crowd with her stunning Marc Jacob printed gown that had a gorgeously plunging neckline.

The model posed for all the cameras that were fighting it out for her photo and then walked the runway in her silver heels for the sequel of the popular movie.

Irina Shayk and Bradley Cooper are the current hot couple in the media and there was a report of the two of them having split up since they weren’t being spotted together. However, that surely hasn’t happened.

Bradley Cooper and girlfriend Irina Shayk were out in the streets of New York on Thursday and they did prove to the world that they were very much together with all the PDA that they were displaying.

Irina Shayk and Bradley Cooper were also spotted at the beginning of the New York Fashion Week while they were out to lunch with Vogue editor Anna Wintour at The Palm Restaurant. It was Irina Shayk who first came in wearing a pair of black slacks and a camel colored coat.

She was followed by Bradley Cooper who dressed very casually in a Philadelphia Eagles hat. The two were soon joined by Anna Wintour, who sported her trademark sunglasses for the course of the entire meal at the steakhouse.

Irina Shayk and Bradley Cooper are going to complete their first anniversary in April this year. Leave a comment and share your thoughts on Irina Shayk.