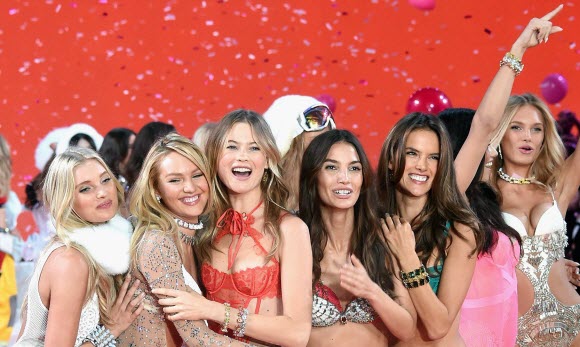 As online retail takes over, Victoria’s Secret has a brilliant tactic for luring women into its stores: bra fittings.

The company trains its associates to measure customers for the right bra size, an important way to lure traffic to stores.

The tactic is working : Victoria’s Secret amassed $6.1 billion in sales in 2015

A recent Mic story by Candace Bryan points to how lingerie companies — like Victoria’s Secret — encourage women to get bra fittings, alleging that most women do not buy the right size.

Bryan says her experience at Victoria’s Secret was bad.

When she was 15 years old, a Victoria’s Secret sales associate informed her that she was a 36DDD. However, she says that when she gotbra fittings at more niche lingerie stores (she points to Journelle and Linda’s), she learned that she was not a 36DDD, but rather, a 30G.

Bryan says that years later and with the knowledge of her actual bra size, she returned to Victoria’s Secret to see if the company was incidentally discriminating against curvier women. She brought along her smaller friend, who she writes received a “thorough” fitting and got the right size bra, 34C. Bryan’s experience was different. The sales associate “haphazardly held the measuring tape up to [her] chest and handed [her] a 34DD,” she writes, saying that when she complained it was too small, she was given a 32DDD.

“Are Victoria’s Secret Bra Fittings Failing Women With Big Boobs?” She asked in the title of her piece.

It shouldn’t be too surprising if they are; the company famously doesn’t sell larger clothing and has been one of the slowest adapters to the inclusive body positive movement.

This incident that Bryan described might not be intentionally malicious, though; Bryan writes that a Victoria’s Secret employee that she spoke to said  she didn’t lie to women about their bra sizes in order to profit.

Most women don’t even have access to more receiving more accurate fittings. IBIS World reports that Victoria’s Secret controls a whopping 61.8% of the lingerie market, which means that most people get their lingerie at Victoria’s Secret — and that might not even be by choice.

“In America, the only place you can access a dedicated lingerie boutique is in a big city…like NYC or Los Angeles or Atlanta. If you’re in any one of the countless small or medium sized towns across America, there simply isn’t anywhere else to buy lingerie other than your local mall,” Cora Harrington of The Lingerie Addict wrote in an email to Business Insider in December.

Meaning, if you’re most of America, Victoria’s Secret might be the best you can do. It might be the only way to get any fitting at all.