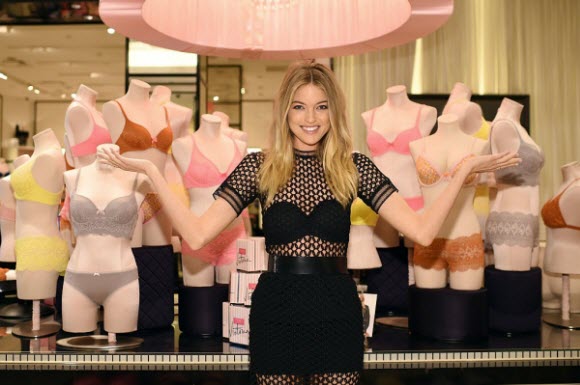 Good news to all fashionitas out there! Premium lingerie brand Victoria’s Secret has announced that it will be launching its first full retail store in the mainland, offering its well-known bras and panties, its China-based office told China Daily.

The firm is set to open a 1,475-square meter boutique at Lippo Plaza – the former house of one of Louis Vuitton’s four retail outlets in Shanghai. The lingerie shop is anticipated to make its debut by the end of the year. However, according to an insider, specific details have not been confirmed as the opening date largely depends on when the customs clears the company’s entire collection.

Since last year, Victoria Secret’s parent company L Brands has opened 20 stores across the mainland including one in Shanghai, Guangzhou and Chengdu. But, these outlets are all advertised as “Victoria’s Secret concept stores,” with only accessories and beauty products such as shampoos, perfumes and canvas bags available.

The insider revealed that although the company remains cautious of selling its prime products in China, L Brands will continue to widen its concept outlets in more cities.

Despite plummeting sales in the luxury goods industry, the lingerie market has been experiencing soaring sales, with a double-digit growth rate. According to Frost and Sullivan, a consultancy firm, the lingerie market in China will reach approximately $240 million by the end of the year.

Experts predict that apart from bags and shoes, tremendous amount of money will be splurged on intimate apparels as the spurring growth of the middle class will start bragging of their new wealth.

Victoria’s Secret is globally known for its annually televised fashion shows. But those lacy apparels, which the company allocates millions to market with top models, are apparently only available in three countries, namely, Canada, the United States and the United Kingdom.