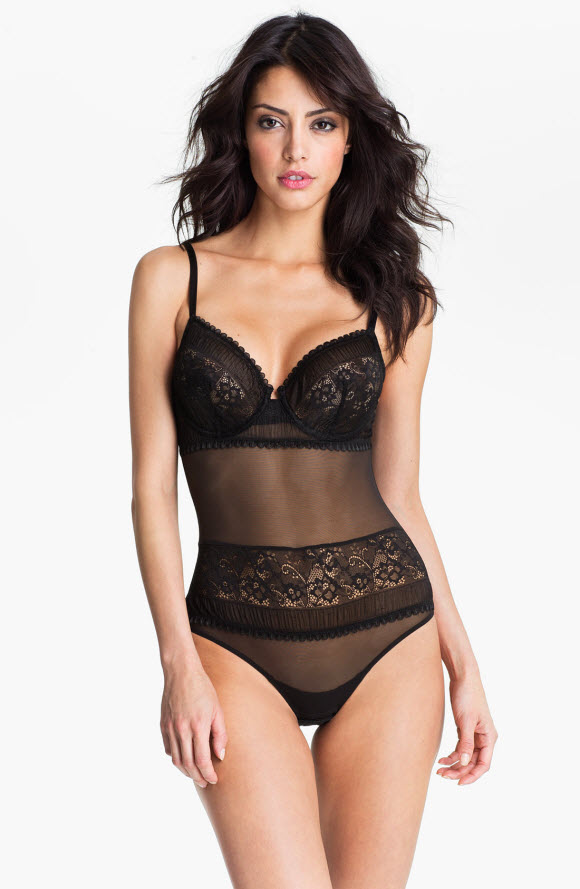 A bodysuit, body-liner, or body is a one-piece form-fitting garment that covers the torso and the crotch. The bodysuit often has sleeves and varying collars.

A bodysuit is distinguished from the similar leotard by the use of snaps or hooks at the crotch. A bodysuit may be worn as a top for the smooth line it gives or because it cannot become untucked from trousers or a skirt. They may also be worn generally by women as underwear, activewear, or foundation garments. Unlike a leotard, a bodysuit is not usually considered a form of athletic wear.

Azzedine Alaia and Donna Karan helped make the bodysuit a defining item of eighties fashion for both men and women.

Onesies (or snapsuits) are bodysuits for younger children, toddlers and some adults which help keep diapers (or nappies) in place. The purpose of the opening at the crotch is to facilitate access to the wearer’s diaper (or nappy).

There are also bodyshirts, like the counterpart to the bodysuit, they are loose-fitting garments that cover the whole torso, with sleeves in short to long lengths and crotch snaps. The difference is that they look like a shirt on the top portion of the garment, and may have a different stretch fabric in the waist to the crotch area to make them fit better.