Candice Swanepoel Shows Off A Lot Of Skin In Her Leopard-Print Tiny Bikini. 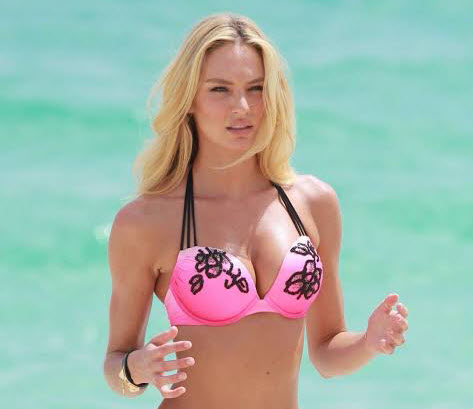 Candice Swanepoe left almost nothing to the imagination in a tiny leopard-print bikini.

The beauty, who’s one of Victoria’s Secret’s most famous models, showed off her insane body in a new shot posted to Instagram this week. For the upload, she posed seductively in a seriously skimpy two-piece taken from her swimwear line, Tropic of C.

The latest bikini shot from the star was actually posted in three parts to Tropic of C’s official Instagram account on December 5.

The account’s uploads split Candice’s bikini body up into three parts and kicked things off with a stunning photo of her head and part of her torso. In the image, she shot the camera a very sultry look with heavy black eyeliner around her piercing blue eyes.

The mom of two had her long blond hair swept over to the side while she glared toward the photographer and had her arms stretched out in front of her as she posed on a dark brown leather sofa.

The first upload also showed off her minuscule bikini top. The tiny top featured just a sliver of leopard-print material to cover her chest and thin peach-colored strings that stretched around her neck and across her back to flash a whole lot of skin on her top half. 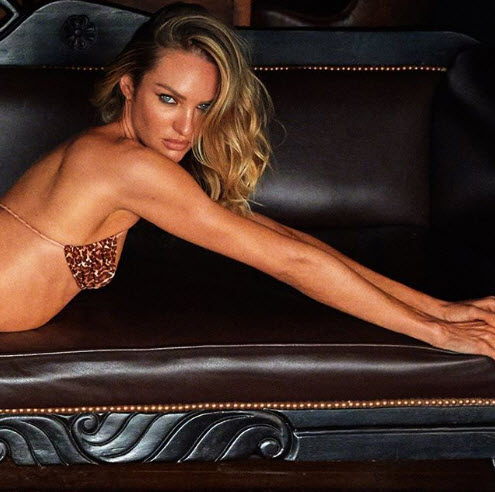 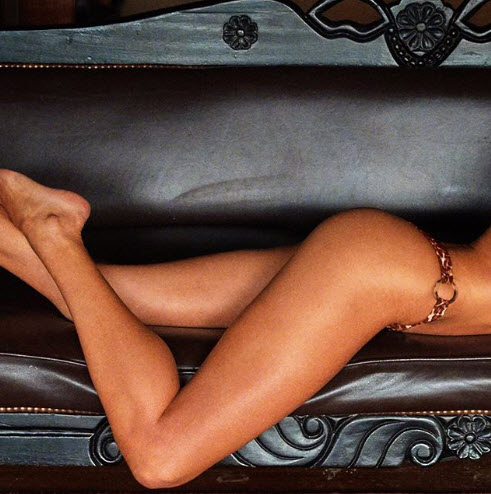 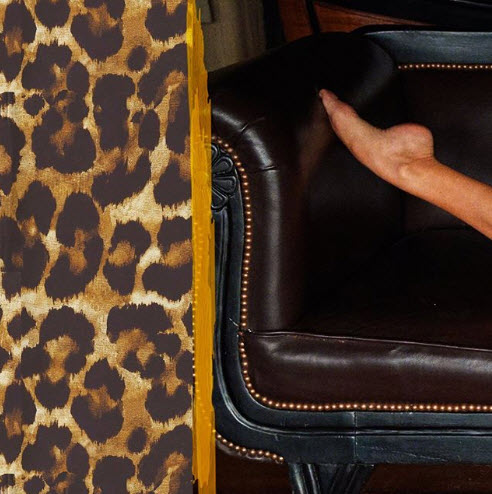 The second in the three-snap upload gave the account’s followers a good look at her lower torso and legs.

In that snap, fans got a good look at her equally revealing bikini bottoms, which featured the same leopard-print design. The thong briefs had a high-cut design to flash even more of her long legs and were kept together by a ring design that sat on her hip.

Candice stretched her left leg out behind her and bent her right leg slightly as she proudly flaunted her mile-long toned pins and gave a flash of her booty. 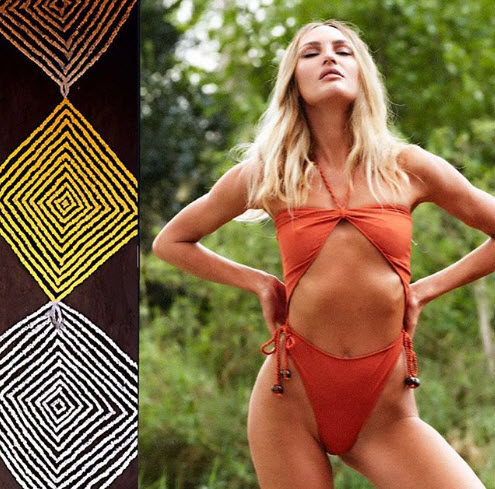 In the last upload, fans could see that the star went barefoot for the shoot as she lay on her front in her wild bikini. The shot featured her left foot resting on the arm of the furniture while a strip of leopard-print was photoshopped onto the side in keeping with the safari theme of her latest collection.

In the caption, Tropic of C confirmed that Candice wore the Lira two-piece in the Mama Africa print for the photo shoot.

The comments section of all three uploads was overrun with praise for the South African beauty.