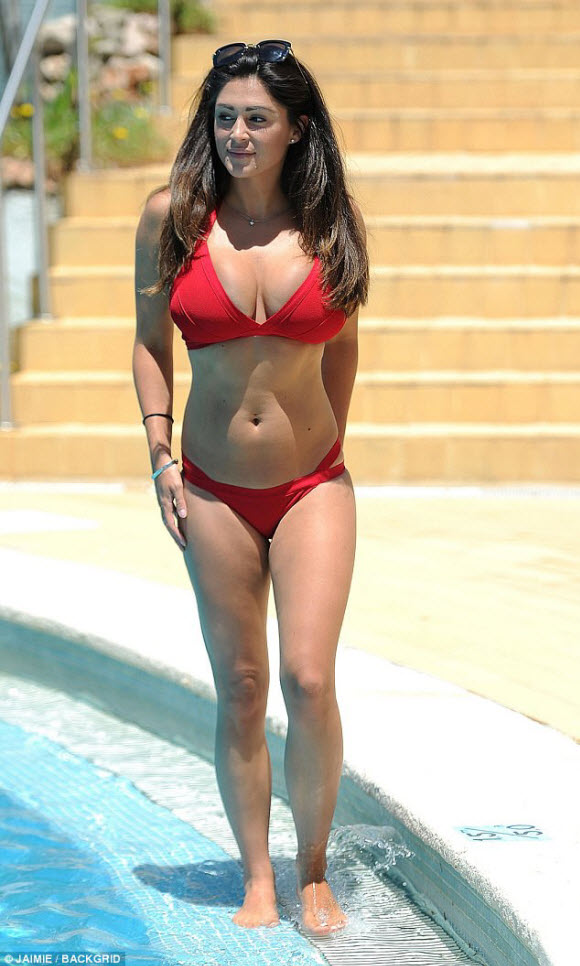 Casey Batchelor oozed nothing but body confidence as she sizzled in a skimpy red bikini while enjoying a sun-drenched getaway to Spain on Wednesday.

She recently admitted that her breasts have gone up a whole cup size despite having a reduction in 2014.

The 32-year-old TV personality showed off her yoga-honed physique and busty assets in the minuscule red bikini as she lounged poolside.

Keen on topping up her tan, Casey exhibited her impeccable cleavage in the tiny bikini top, which also bared her flat stomach.

The matching bottoms, which featured sex cut-out detailing, rested low on her hips and showed off her lean legs as she emerged from the pool. 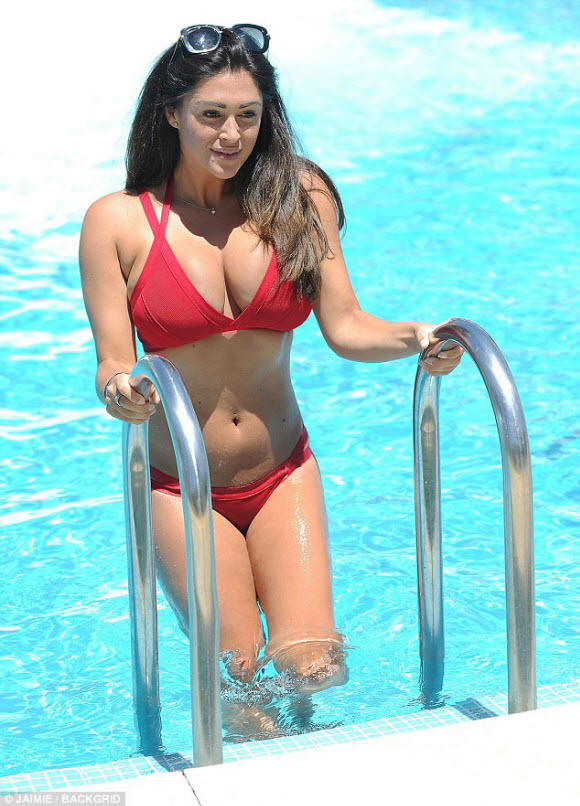 Casey looked sensational as she donned a blush-infused coat of make-up and tamed her glossy mane in place with a pair of shades.

The brunette beauty has openly spoken of the struggles she has faced when it comes to her larger chest size and had embarked on a breast reduction after feeling ‘insecure’ about her former 32GG cup size.

She had been delighted with her 32E bust following the surgery, but has since revealed that her assets have grown naturally in the time that has passed since the procedure. 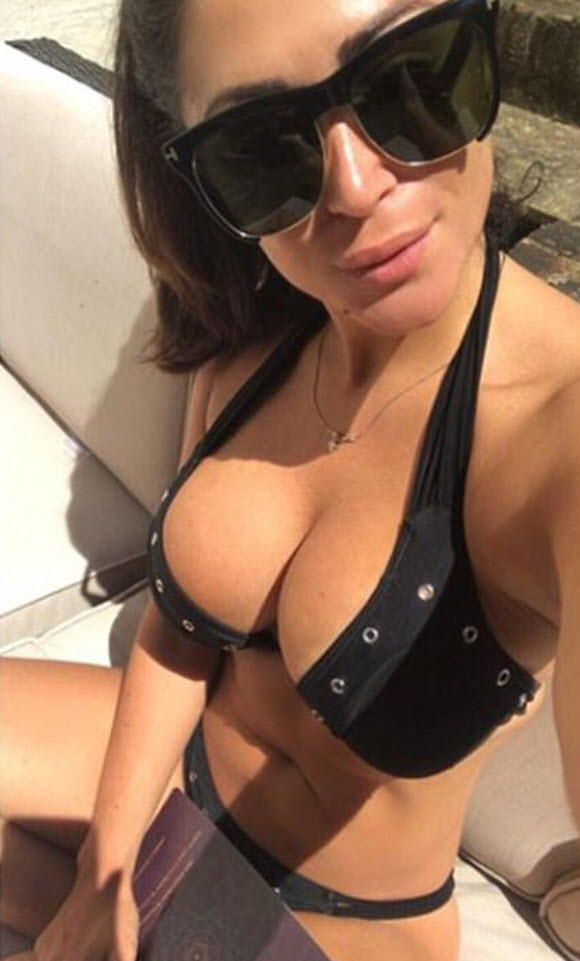 ‘Weirdly my boobs have grown again since then,’ Casey told Closer magazine, adding that she now believes she is back up to a ‘EE or F’ cup.

‘Apparently it does happen if that’s the way your body wants to be be and large boobs run in my family on both sides so I have to get used to it.’

She recently slammed trolls for branding her breasts ‘fake and ugly’. 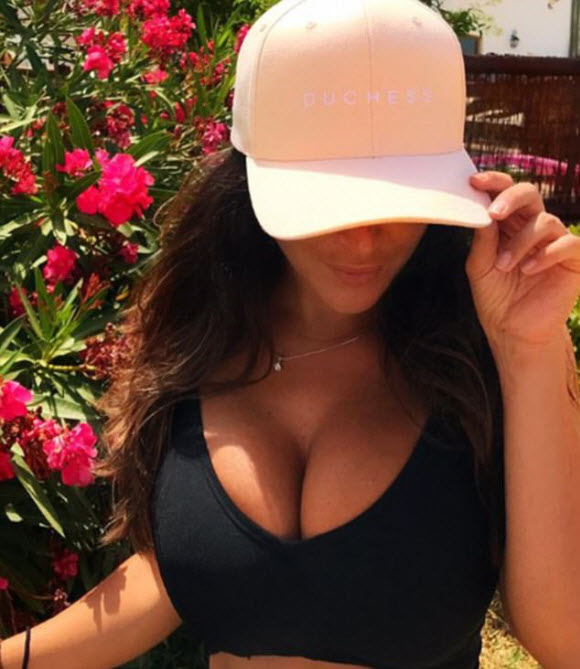 Speaking to The Sun Online, Casey said: ‘I’ve had people all my life give comments under the breath saying that my boobs are fake.

‘Now I get comments on articles, saying my boobs are plastic, and you can see the misshape form the implants, I look ‘ridiculous’, ‘horrendous’ and even ‘ugly’!’

The Essex girl added: ‘My boobs are real and always have been, big boobs run in my family and even my mum has had a reduction.’