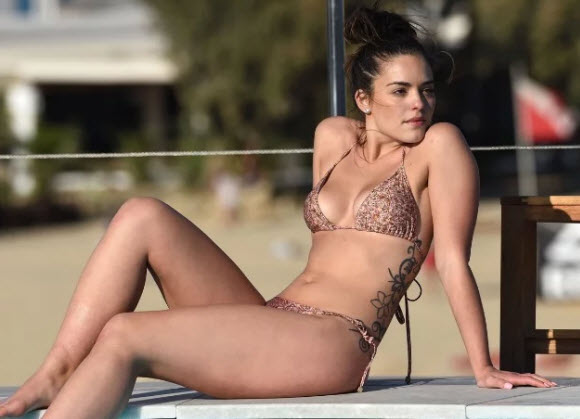 Olympia Valance left very little to the imagination as she poses topless on a beach in Mykonos earlier this week.

The Neighbours star, 24, ditched her bikini top to bronze her ample assets as she frolicked topless on the stunning Mediterranean sands on Tuesday.

Wearing nothing but barely-there thong bikini bottoms, Olympia put on a jaw-dropping display as she showcased her bare breasts and peachy behind. 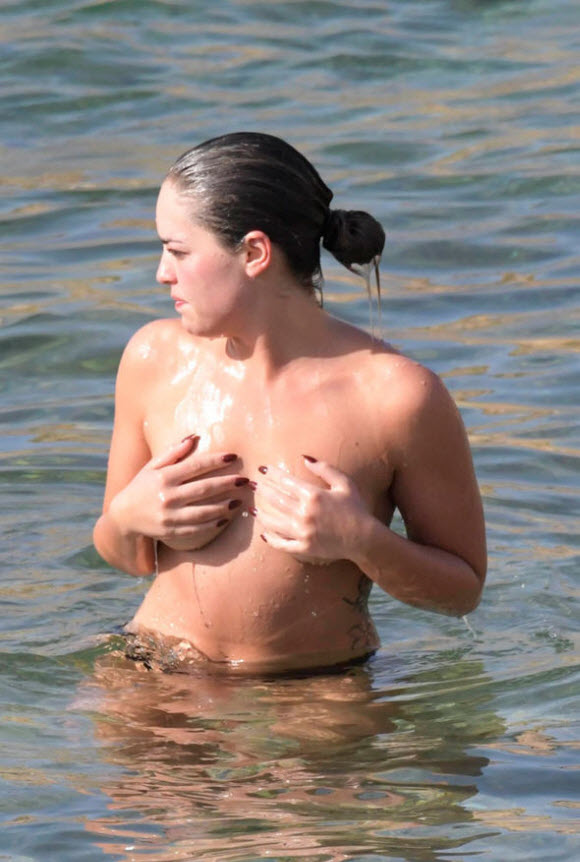 The brunette beauty was pictured soaking up the sunshine before heading into the water to cool off.

She wore her hair swept back into a casual low bun and appeared to go make-up free as she relaxed with pals.

Her nearly non-existent beachwear ensured that her enviable curves were impossible to miss and drew attention to a large floral tattoo which snaked up her ribs. 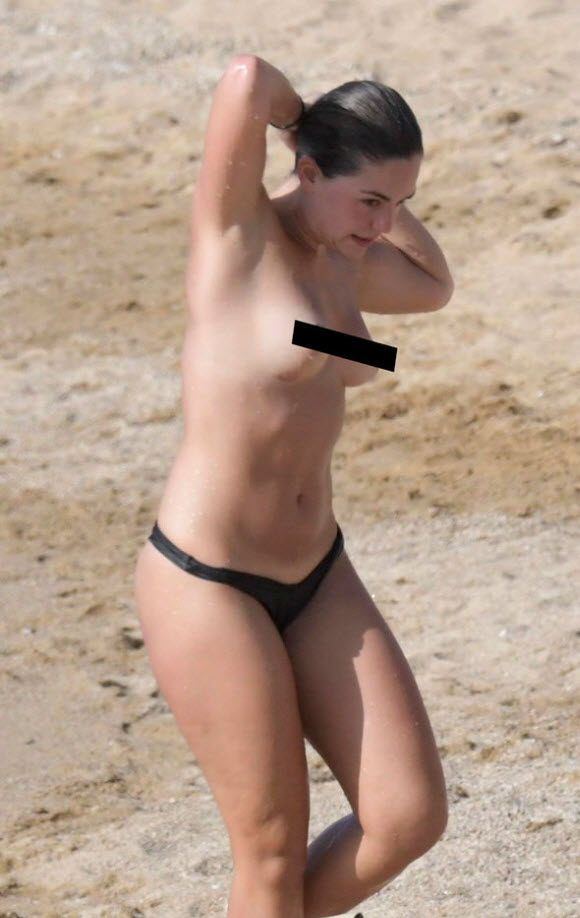 Olympia was seen playing around with her group of friends, laughing and hugging as they enjoyed the last of the summer sun.

After her dip in the sea, she made her way out of the water and back to their sun loungers, giving a generous glimpse of her bare breasts as she wrung out her wet hair. 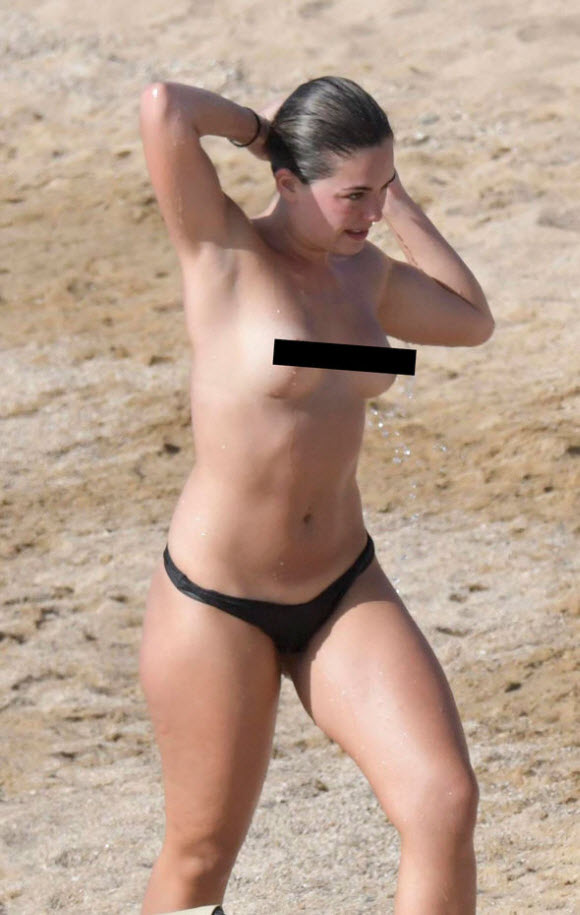 Earlier this year, Olympia flashed her pert posterior as she twerked with a female pal, setting pulses racing in a series of saucy snaps.

Once again catching some rays in Mykonos, the actress was pictured getting very cosy with her friend as got up close and personal in bikinis.