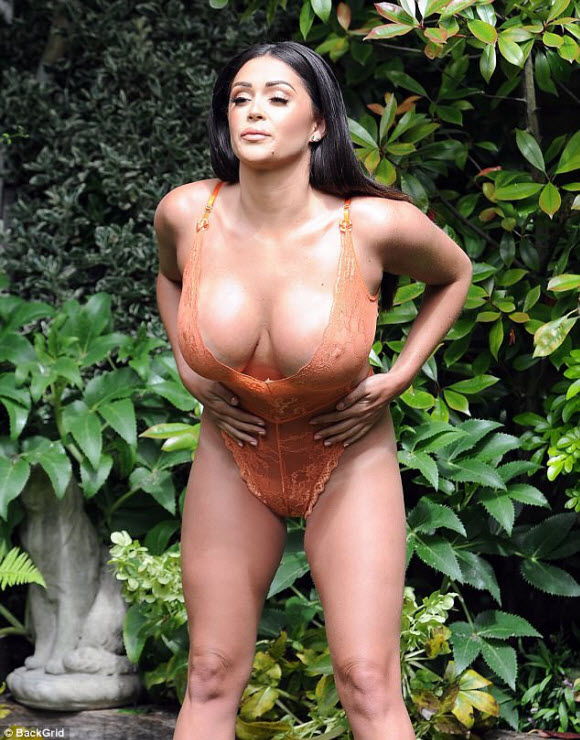 Casey Batchelor put on yet another eye-popping display as she took part in a sizzling lingerie shoot for her upcoming 2018 calendar in London on Wednesday.

The glamour model, 32, flaunted her impressive 32F assets in a plunging orange lace body as she struck a pose in front of the camera. 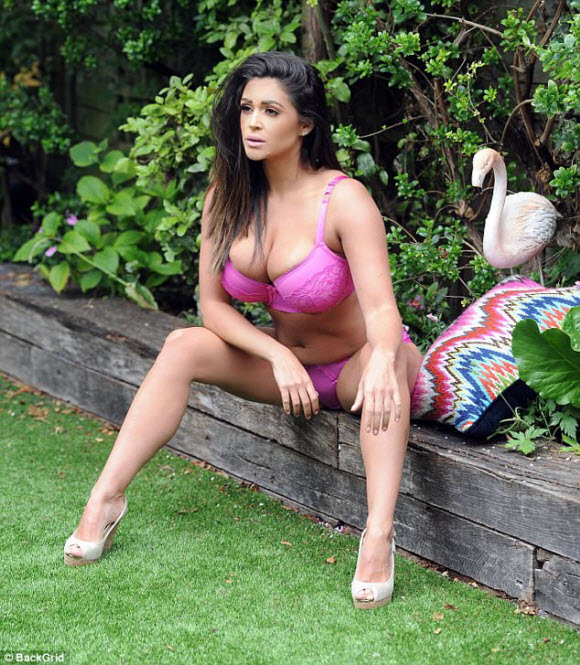 She later modelled a semi-sheer lace underwear set, which was teamed with a pair of cream wedges.

Wearing her brunette locks down over her shoulders, she showed off a glamorous beauty look, accentuating her eyes with lashings of mascara.

Keeping to a pink colour palette, she added a dash of blush and a nude lipstick to finish. 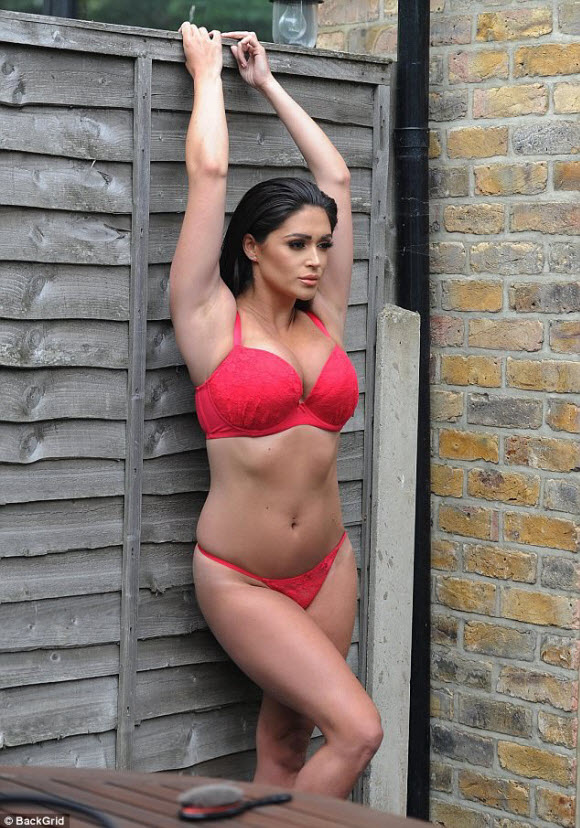 The reality star is back in the UK following a sun-filled getaway in Spain with TOWIE star Frankie Essex.

Casey shared a series of swimsuit snaps on Instagram with her fans, including one in which she posed in a summery orange bikini. 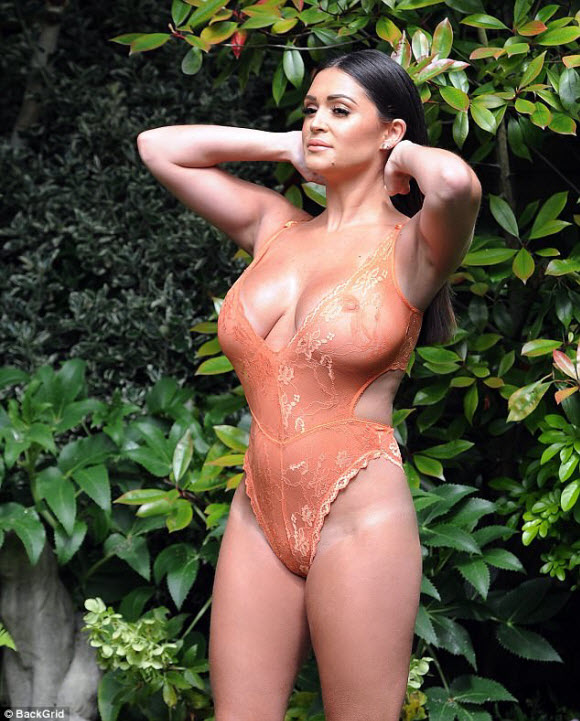 The model has been keen to showcase her ample assets after admitting to a breast reduction as a result of the struggles she suffered in having a large chest.

She said she was delighted with the results of the operation, although her chest seemed to have grown since the surgery. 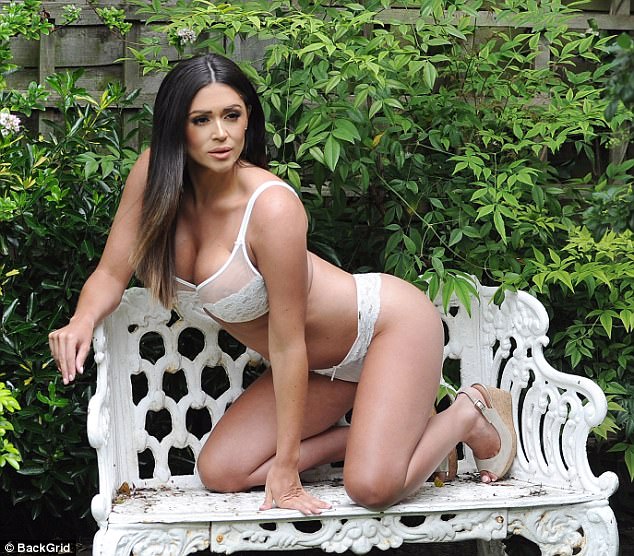 ‘Weirdly my boobs have grown again since then,’ Casey told Closer magazine, adding that she now believes she is back up to a ‘EE or F’ cup.

‘Apparently it does happen if that’s the way your body wants to be be and large boobs run in my family on both sides so I have to get used to it.’