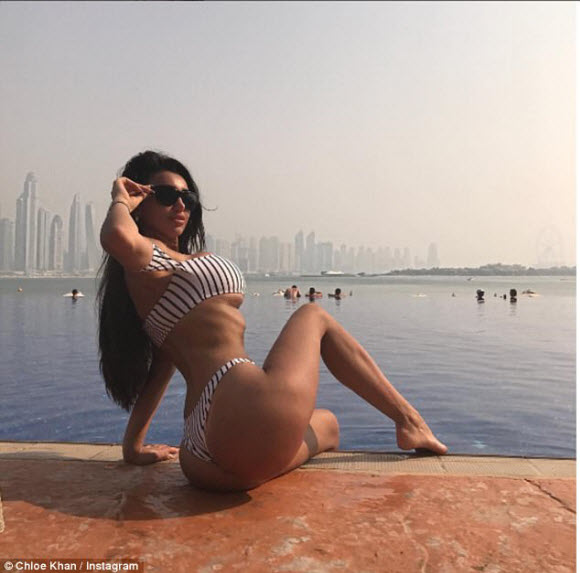 Chloe, now known by the surname Khan but born Chloe Heald, continued to covet attention by flaunting her cosmetically enhanced body on Instagram on Monday.

She’s made a shocking transformation from her 2010 appearance on The X Factor as Chloe Mafia.

The 26-year-old Instagram personality posed in a racy pinstripe bikini, making the most of her enhanced assets as she posed up a storm in Turkey, where she appears to be for further surgery.

Posing in a striped monochrome bikini, she showed off her enhanced assets and posterior, the result of a Brazilian Butt Lift- a procedure where the fat is taken from the waist and injected into the bottom.

‘Oh hi’, she captioned the steamy picture, before pointing her posterior to the camera and looking out towards the impressive view.

And despite her plethora of holidays, she looked to be planning another, as she asked: ‘Hey loves , it’s Katie Salmon’s birthday next month and we want to take her somewhere for a lush girls week . Any suggestions where ? We were thinking maybe Santorini as none of us have ever been but is it as good as it looks or we are open to ideas?’ 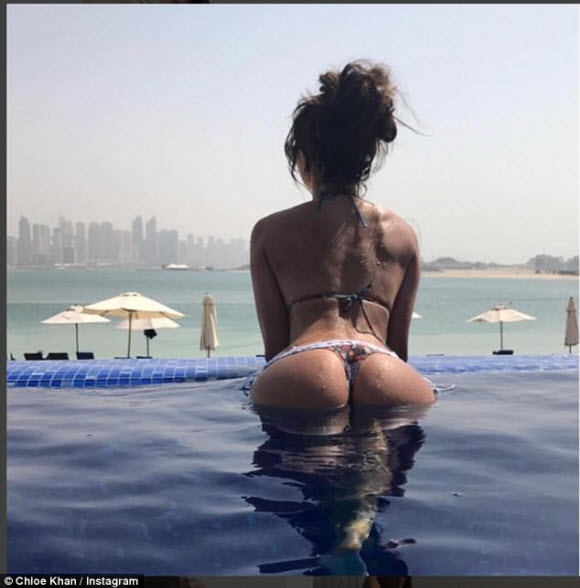 Ahead of her journey to get surgery in Turkey earlier this year, Chloe announced in a video: ‘I’m on my way to Elite after care, it is in Turkey so I’m going to jump on a quick flight, to go and get a Brazilian butt lift.

‘It’s not implants, they actually take all the fat from your own body that you don’t want and they put it all in your booty, to give you that fat a**e.

‘So for someone who isn’t that fat, or wasn’t, I’ve been stuffing my face on Dominoes and loads of munchies all week to pack on the pounds.’ 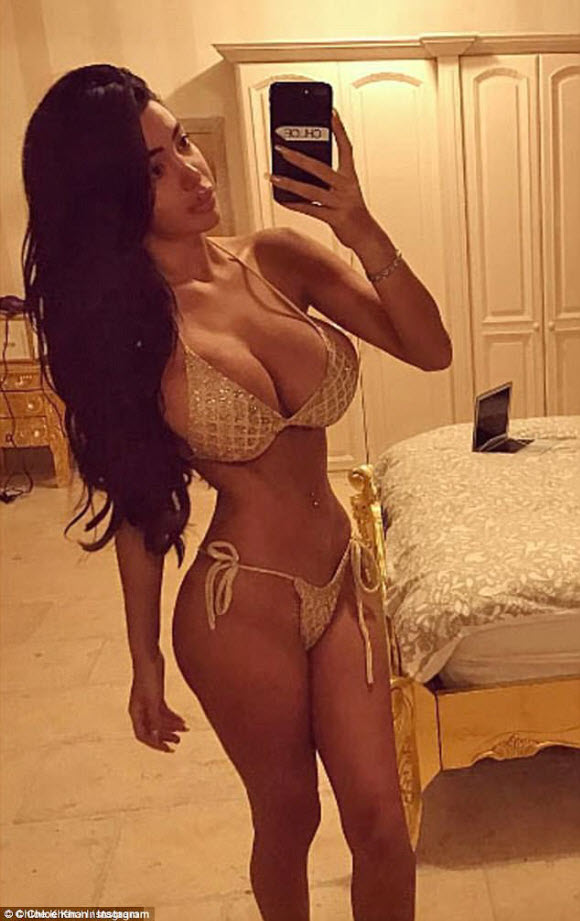 Chloe has been open about her love of plastic surgery, and recently revealed she has splashed out roughly £50,000 on cosmetic procedures.

Speaking to new! magazine, the Playboy playmate explained: ‘In my circles, surgery isn’t weird. It’s like going for dinner!

‘I love looking like a Barbie and being out of proportion.’

However in August the mother-of-one revealed the sum is closer to £100k, with surgeries including a nose job, lip enhancement, breast augmentation, liposuction, and bottom enlargement (known as Brazilian Butt Lift).

But the transformation hasn’t gone without complications, with the 26-year-old admitting on This Morning that rhinoplasty has left her unable to smell or breath properly.

‘I feel embarrassed to talk about it, and it’s stupid, I wake up with nose bleeds, I can’t smell perfume.. but it’s a vanity thing’, she admitted at the time.

But she plans to go for a third nose job to correct it yet again, despite revealing she doesn’t actually enjoy going under the knife.

‘I’m waiting until January and someone else will correct it for me, she said.