Did Kylie Jenner Hint That She Was Pregnant Way Back In August? 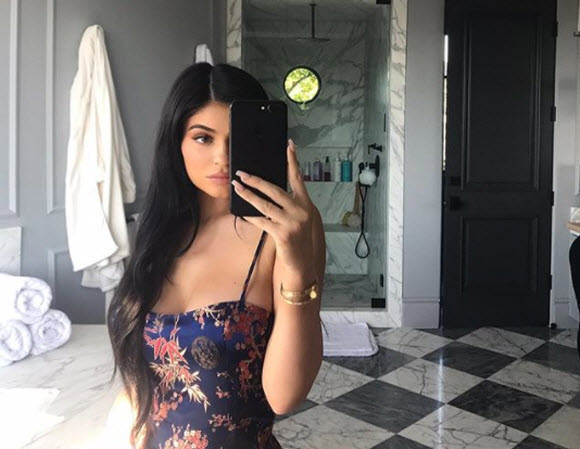 Fans of Kylie Jenner’s believe that they have found evidence that suggests she hinted about her pregnancy news back in August.

There’s been a lot of noise on the interwebs since last night’s reports starting flying around about Kylie expecting a baby with rapper Travis Scott .

According to TMZ, the 20-year-old, who is most famous for being born as reality TV star Kim Kardashian’s sister, started telling friends earlier this month about the pregnancy at the Day N Night Fest in Anaheim. 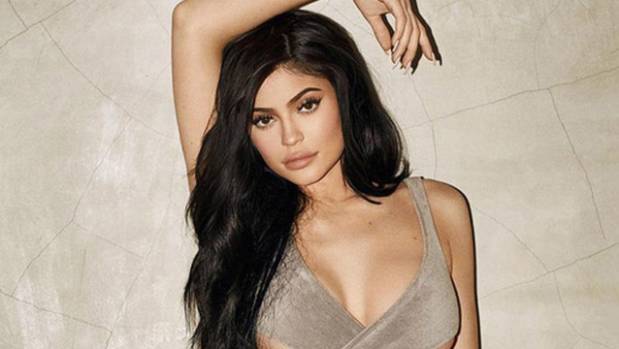 Sources have apparently also told the site Travis has been spreading the word and even told friends they’re having a girl together.

Kylie and Travis, who are thought to be four months along in their pregnancy, have yet to comment on the speculation, but that hasn’t stopped her Instagram followers from doing some DIY investigative work.

The lip kit expert and social media star has been strangely hush hush on social media in the last couple of months and has mainly been posting snaps showing her from above the belly or really old pictures. 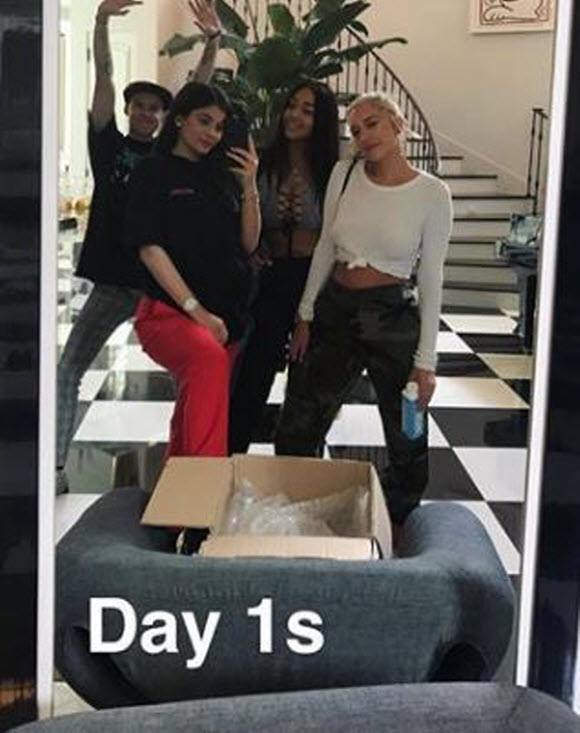 Taking a selfie in her fancy marble bathroom, it was Kylie’s hand position that got her 97 million fans talking.

‘SHE POINTING TO HER TUMMY,’ one shouted in writing.

‘POINTING TO HER BELLY,’ another added. 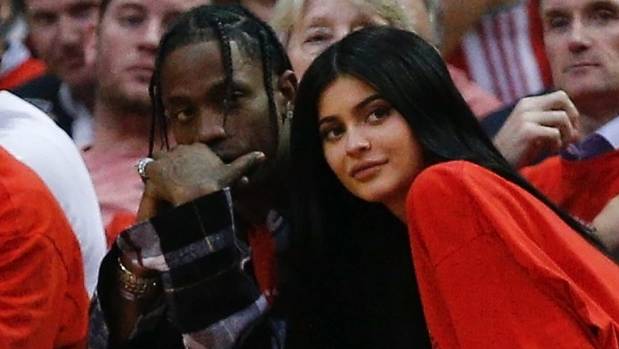 The pair have been together since April this year, after Kylie split from her boyfriend Tyga in the same month.

After the the news broke, Kylie appeared to ignore the news and post up a mirror selfie with her friends whilst wearing a baggy top.

A source also has apparently confirmed the pregnancy to People and stated a due date of February, saying: ‘They started telling friends a few weeks ago.

‘The family has known for quite some time. She is REALLY excited and so is Travis.’