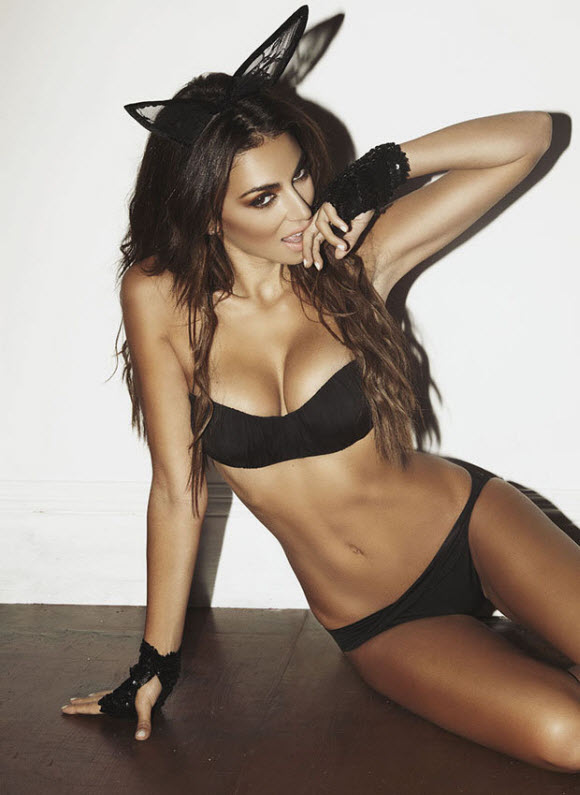 The Irish model Georgia Salpa has set the tone for a sizzling Halloween spooktacular in these frighteningly hot pics.

The 31-year-old showed off her enviable curves as she posed topless, wearing nothing but black pants and a pair of lace ears on a headband.

Utilising a hand bra to cover her modesty, Georgia oozed coquettish sex appeal as she gazed into the camera.

In another slightly more covered up snap – but no less racy – the former Celebrity Big Brother star licked her hand while exposing cleavage and her taut stomach in black underwear.

We don’t think anyone would be too disappointed with Georgia showing up to their door on Halloween night.

Georgia is regularly named as one of the hottest women in the world, becoming a lads’ mag favourite during the noughties. 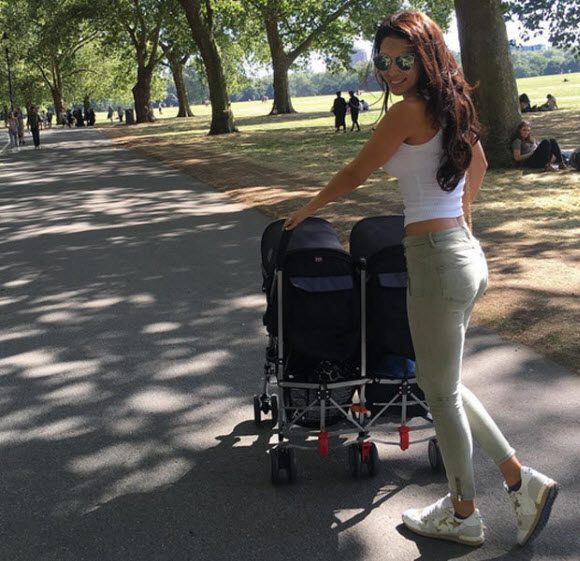 However, half-Greek bombshell has retreated out of the spotlight of late having started her family with husband Joe Penna.

Georgia tied the knot with her hedge fund millionaire fella in 2015 in a stunning Italian ceremony, and now goes by her married name of Penna.

Then, in December of the same year, she announced that she had become mother to twin boys – despite showing no signs of being pregnant. 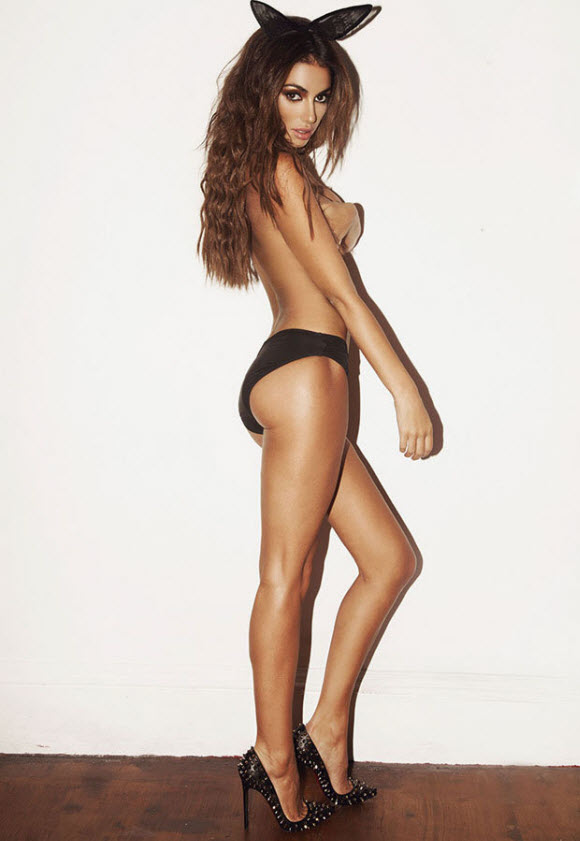 It later emerged that Georgia and Joe welcomed their bundles of joy with the help of a surrogate mother.

Being a first time mum to two babies must be difficult, but a quick look at Georgia’s Instagram shows that she’s juggling motherhood with her pin-up image quite well.

You know what they say – get a girl who can do both.