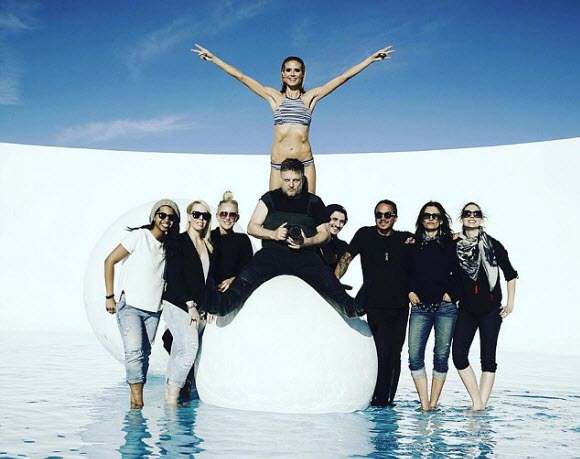 She has been spending time in Australia working on Germany’s Next Top Model.

But it seems that Heidi Klum’s business ventures are expanding in the antipodes.

She has revealed she will be launching a swimwear range this summer with New Zealand based Bendon, the company she has already created an underwear line with.

She posted a shot of herself in a bikini, presumably from her range, surrounded by a team of people, including the photographer Rankin, who shot the campaign. 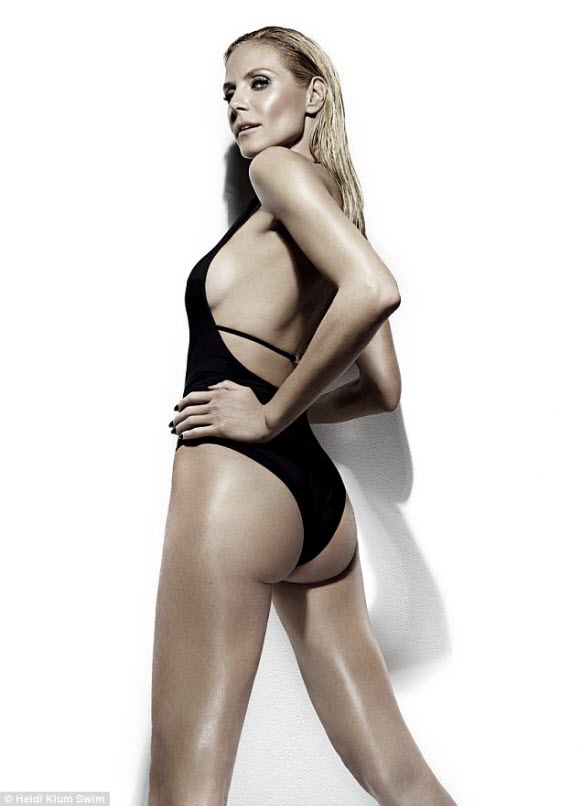 The racer back two piece enabled her to show off her washboard abs and lean physique.

She appeared to be standing on a white ledge, and with her hair slicked back she raised her hands giving the victory sign.

An image was also released of the model in her self designed swimwear.

With her back to the camera the model showed off her pert posterior in the shot.

The team were standing ankle deep in water in a swimming pool, with a white wall and clear blue sky behind them. 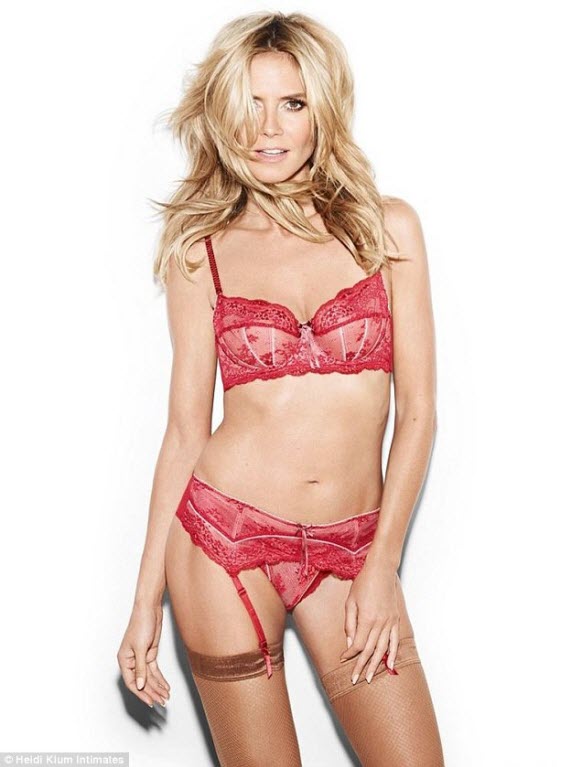 It will consist of cover ups and swimwear.

Heidi told the fashion publication: ‘Most of my career has been spent rolling around on beaches around the world, and I still love it, so we’ve been working on this for a while.’

She also revealed the designs would be simple saying: ‘I’m not a huge fan of strange tan lines.

‘There are so many complicated swim shapes out there but I don’t want 10 straps on my back.’

Heidi revealed that performance had also been a key part of the design – she said she goes to water parks a lot with her four children – Leni, 11, Henry, 10, Johan, nine, and Lou, six. 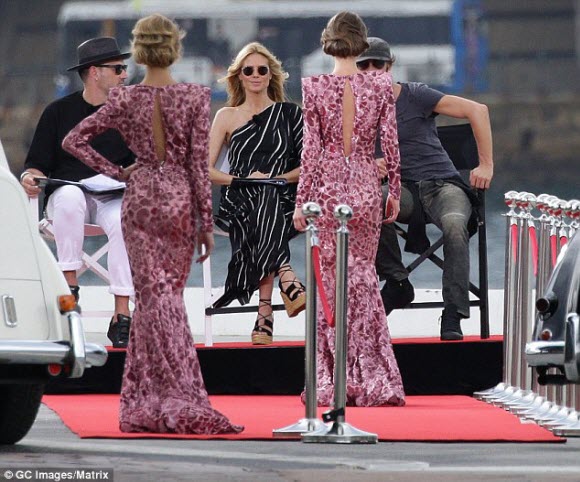 The German born model added it had to look good and hold up while it was wet.

Heidi launched her first range with Bendon in January 2015 – she partnered with them on Heidi Klum Initmates.

It was in the wake of  Elle Macpherson finishing her longstanding partnership with the brand.

Heidi has been busy Down Under, as well as filming for Germany’s Top Model, in Sydney, she found time to attend a Vogue party with Mario Testino.

The photographer, who has had some of the biggest names in film, fashion and royalty pose for him, will guest edit the upcoming April edition of Vogue Australia.

He is one of the most highly regarded photographers in the industry, gained international recognition for his intimate portraits of Diana, Princess of Wales. 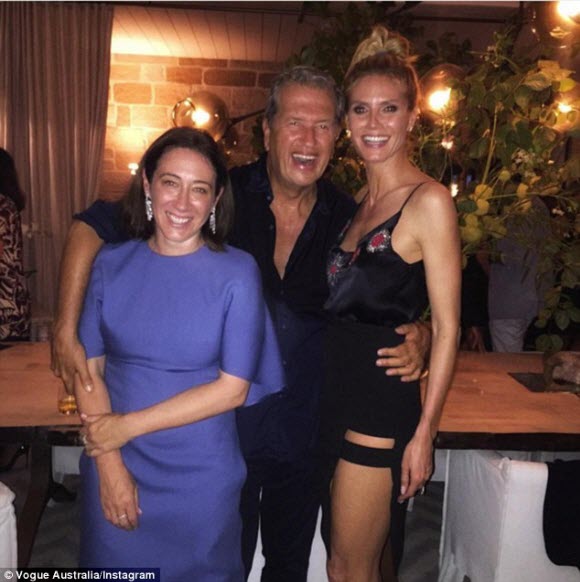