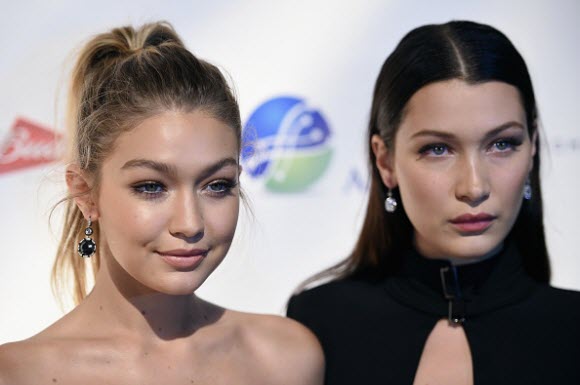 Gigi Hadid impressed judges during her cooking challenge on the “MasterChef” on Monday night. She cooked up a delicious beef burger that made her win the challenge against her competitor, Victoria’s Secret model Devon Windsor.

Hadid joined the “Celebrity Showdown” on the “MasterChef,” where she made a mean burger that received praises from judge Gordon Ramsay. The judge has been known to be tough to impress on the show.

Mail Online reported the model made a “very special” beef patty made with pickled jalapeños topped with spiced “crispy onion nest” and served with a siding of crisp potatoes. The news media outlet posted photo of Hadid‘s finish food.

Ramsay raved about the burger during the taste test, telling the model that the burger “is f**king delicious” and her presentation “beautiful.” Meanwhile, fellow show judge Christina Tosi described the patty as “juicy” and her potato sidings just “perfect.” She also called the model’s food execution as perfect.

“All of your execution, your technique was done to a t,” she said.

Hadid also got emotional when she talked about her purpose for joining the show. She revealed she will donate the $25,000 cash prize to a charity which she is personally attached: the Global Lyme Alliance for Lyme Disease.

“My mom, sister and brother are all affected by Lyme disease. Not enough people know what Lyme disease is and the dangers of being bitten by an insect. For that, on its own is amazing but with $25,000, we can help with finding a cure,” she said, adding that among her siblings she is the only one who is not affected by the disease.

The “Sports Illustrated” model also took to her Instagram to promote her “Celebrity Showdown” on the “MasterChef ahead of the show telecast. She shared a screen cap taken from the show and captioned it: “Tune in TONIGHT to @masterchefonfox as I take on my babe @devwindsor – competing to raise money for a charity that is very close to my heart, @globallymealliance!”

Hadid‘s mother, Yolanda Foster, has been vocal about her fight against Lyme disease. Entertainment Tonight stated that Foster had opened up about the illness in October, when she accepted an award at the Global Lyme Alliance Gala.