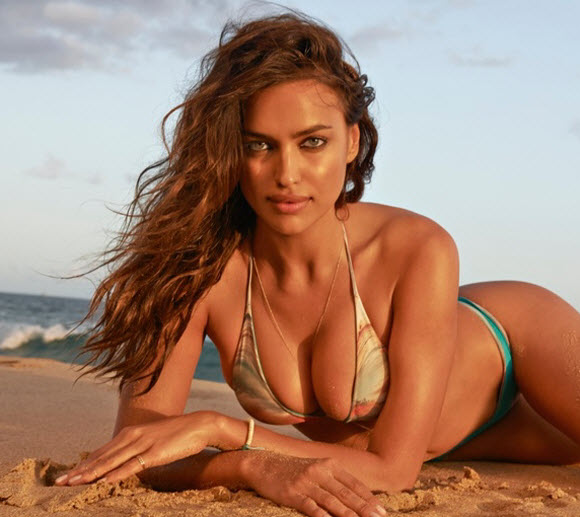 Super model Irina Shayk surprised her fans yesterday when she shared a racy snap of herself showing her booty on Instagram.

The Russian model’s pert behind was impossible to miss as she enjoyed a beach day with pal, Tatiana Petenkova. 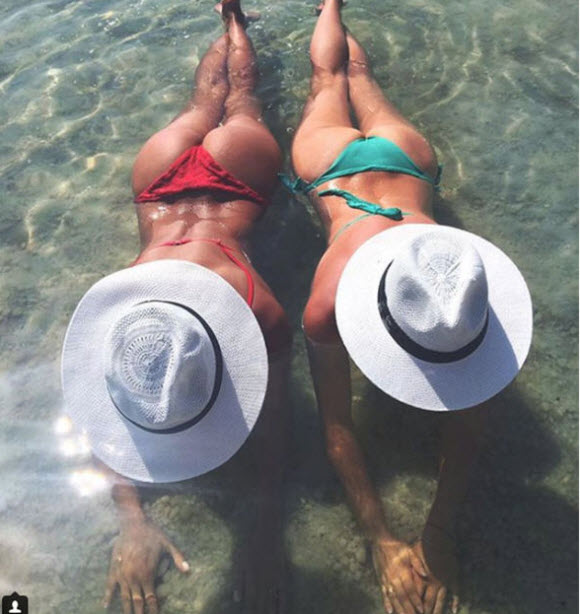 The sauciest of the lot saw the 31-year-old cooling off in the water in a red bikini, with her equally stunning companion.

Irina’s tiny pair of briefs struggled to contain her derrière as she paddled in the clear shallows.

The stunner’s face remained out of shot thanks to a large, white hat, which matched her friend’s perfectly. 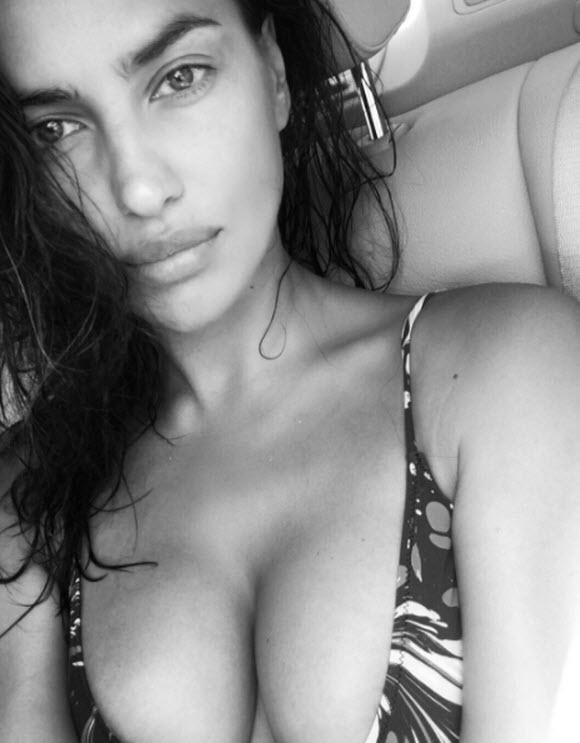 “And while at the Dead Sea…” she told her nine million Instagram followers, who rushed to compliment her.

Two cheeky users replied: “Sun’s out buns out,” and simply: “I love you Irinaaaaaaa.”(sic)

Just hours earlier, she once again made her bottom the focus as well as her endless pins as she stood looking out to sea in a candid picture. 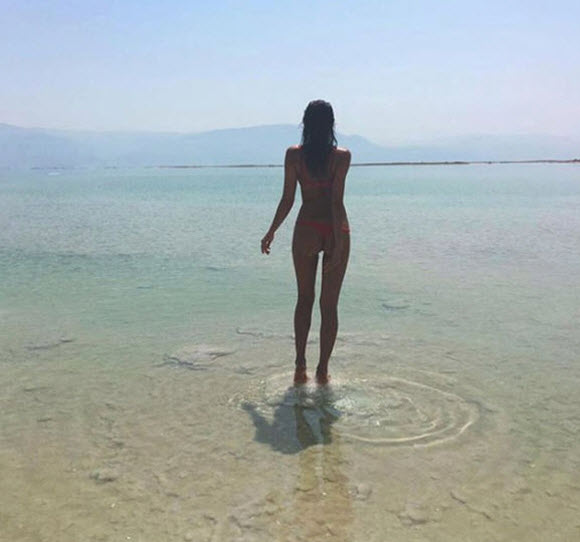 “Walking on the #DeadSea,” she joked, while wearing her damp, dark tresses down, with the post later being liked more than 370,000 times.

A third upload saw Irina showing off plenty of cleavage as she sat in the back of a car in a plunging, patterned look.

“#Mermaiding… shot by one and only @mertalas,” she gushed, while seemingly keeping her make-up to a minimum.