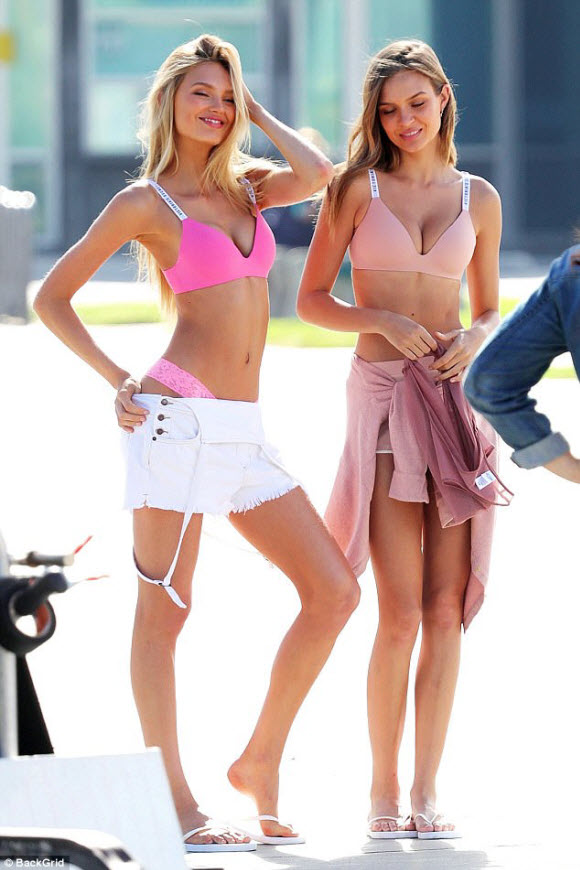 They’re gearing up for the forthcoming Victoria’s Secret Fashion Show in Shanghai, China, later this month.

And VS Angels Jasmine Tookes, Josephine Skriver and Romee Strijd looked positively heaven sent as they posed up a storm in a shoot for the lingerie brand in Venice, Los Angeles, on Tuesday.

Showcasing their phenomenal figures in athletic pink underwear, the trio turned heads as they worked their magic in front of the cameras for a Victoria’s Secret Sport campaign. 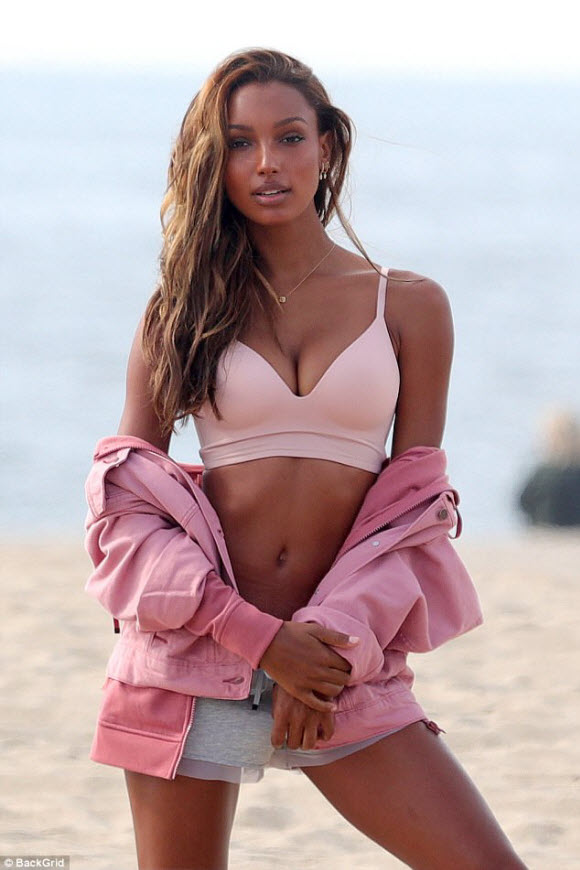 Jasmine, 26, posed in two different outfits, baring her enviably chiseled midriff as she smoldered in front of the lens.

The model appeared solo as she slipped into a plunging baby pink bra and sporty grey hotpants, with matching lacy underwear poking out from underneath her waistband. 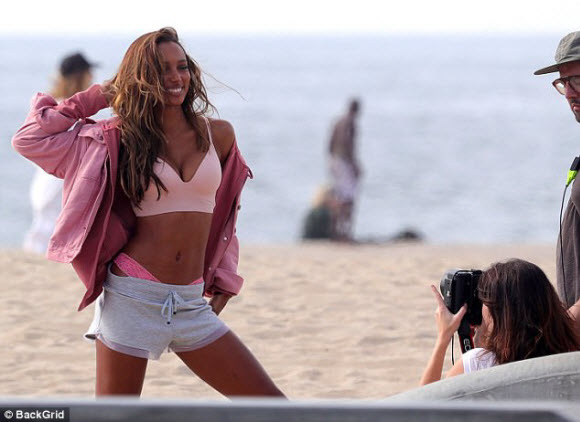 Jasmine layered a rose-colored jacket and a bubblegum zip-up sweater over the top of her athletic lingerie.

The Victoria’s Secret Angel wore her light brunette locks in loose waves, and she accentuated her stunning features with smokey make-up.

Jasmine looked as though she was having blast as she giggled her way through the beach shoot.

The bombshell’s second outfit was a black jacket left open over a pewter grey bra, worn with black capri sweats and a pair of white open-toe sandals.

At one point she spread her arms wide as if to fly, smiling down at the paved beach-side path she was walking on.

Jasmine did not only get around on foot though, as she was also spotted in the process of mounting a white bicycle.

Josephine, 24, and Romee, 22, took part in their section of the shoot together, posing alongside one another in complementing pink lingerie.

Romee showed off her washboard abs in a bright fuchsia sports bra and matching lace lingerie.

The Dutch-born beauty teamed her underwear with a pair of white denim dungarees, worn with the straps hanging down around her waist. 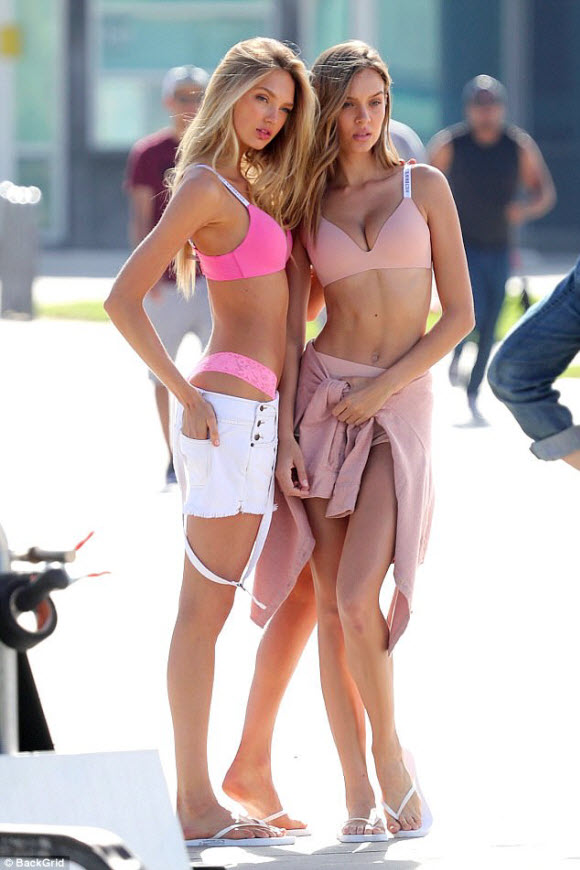 Josephine was wearing matching lingerie but in a lighter, blush pink, that showed off her ample cleavage to perfection.

The Danish model wore a matching hooded sweater tied around her waist as she posed and pouted into the camera.

The Victoria’s Secret Angels are gearing up for the forthcoming annual Fashion Show, which will be held in China for the first time this year.

Following on from the 2016 extravaganza in Paris, France, this year’s showcase will take place on November 20 at the Mercedes Benz Arena in Shanghai, with Lais Ribeiro wearing the $2million Champagne Nights Fantasy Bra.