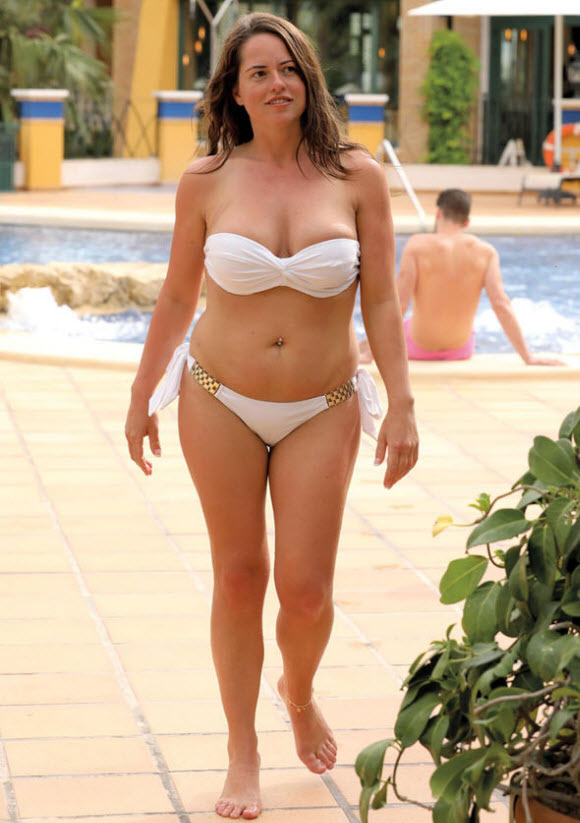 Karen Danczuk is no stranger to showing off her cleavage and this time was no different as she soaked up the sun in Spain.

The 34-year-old brunette put on a very busty display as she spent a day by the pool with her toyboy fiancé David, 26.

Whilst she gave David a sensual massage as he relaxed on a sun lounger, Karen almost suffered an embarrassing wardrobe malfunction thanks to her white bikini. 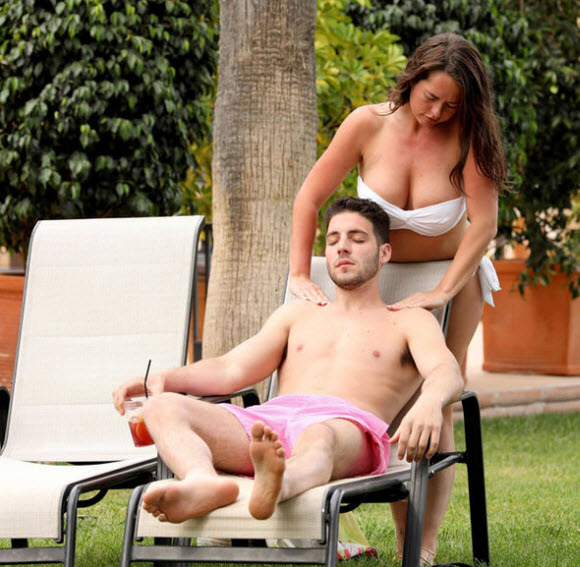 The mother-of-two spilled out of the skimpy bandeau top which was worn with matching bottoms that featured gold detail on the sides.

Karen looked happier than ever as David later planted a kiss on her neck as the loved up pair sipped on some drinks.

They later cooled off in the pool where they enjoyed some more cuddling as Karen flaunted her curvy figure.

Karen announced her engagement to David in July, after meeting him in Spain last year.

David initially turned Karen down when she asked him out the first time, but during a recent appearance on Loose Women, she revealed that she had written him a letter to woo him. 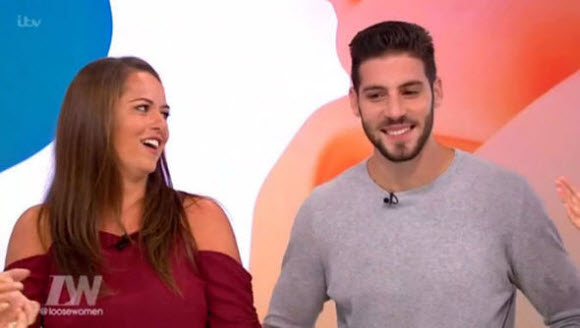 The couple are clearly on cloud nine, and although they haven’t set a date for their big day yet, Karen didn’t rule out having a baby with David.

“We might have children in the future possibly, but we just thought lets enjoy the wedding,” Karen said.

Karen added of David: “This is the first time I am in love. Obviously I have loved people in the past, but I have not been crazily in love.”