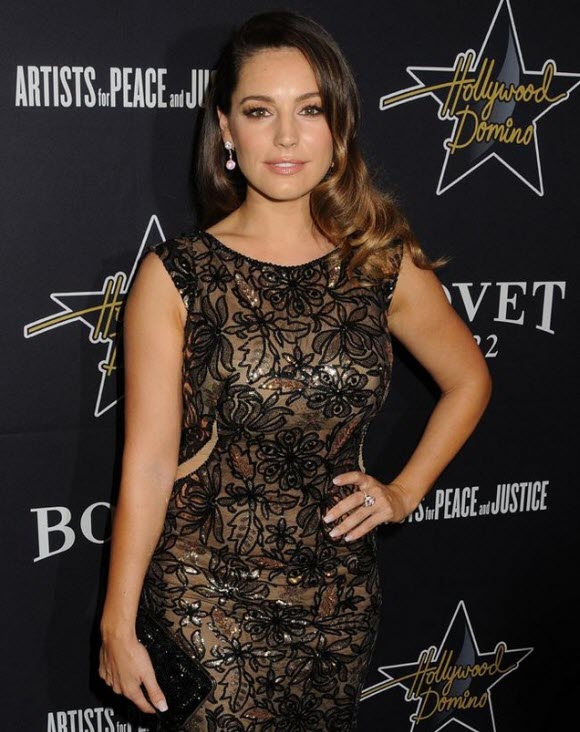 Kelly Brook insists she is not engaged and only wears the ring boyfriend Jeremy Parisi got for her on her third finger because it doesn’t fit on the others.

The ‘One Big Happy’ star insists she has no plans to tie the knot with Jeremy Parisi but wears the ring he gave her on her third finger because it doesn’t fit on her other digits.

Speaking to Preeya Kalidas on the Asian Network, she said: ”I am not getting married any time soon. But you’ll be the first of the last to know. Jeremy bought me a lovely ring but we’re not engaged. I only wear it on that finger because it doesn’t fit on the others.”

However, the pair haven’t ruled out marriage completely as Kelly previously revealed they have been talking about tying the knot.

She said: ”Jeremy is great and things are going really well. We just have a lot of fun together and laugh all the time so he makes everything enjoyable.

”I’m not sure we’re ready for marriage just yet but we’re definitely heading in the right direction. I’m a very loved-up lady right now.”

But if they do chose to wed, Kelly is hopeful people will be a bit more supportive of her decisions.

She shared: ”It would be nice if people could just be a bit more supportive. Because it’s all about that, I just think we should all support each other, especially as women. You shouldn’t knock women for living their dreams.

”Life’s hard enough to wake up every morning and have self-love and get out of bed feeling like you can get on with the day. Let alone with someone telling you that you can’t do something… and that you’re dog s**t.”