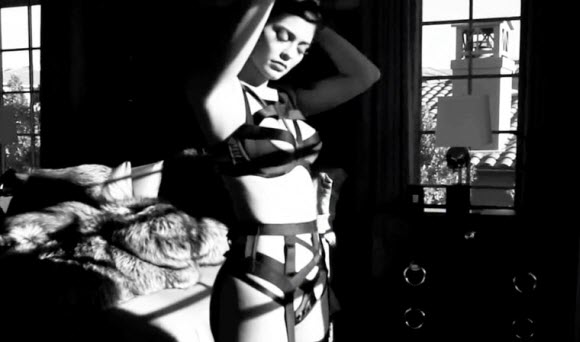 Kylie Jenner is kicking off 2016 with a bang — and her booty. The 18-year-old shared a video from her latest photo shoot with photographer Sasha Samsonova via her website on Monday, January 4, and it’s risqué to say the least.

Clad in bondage-inspired lingerie, the Keeping Up With the Kardashians reality star sexes it up for the camera while posing provocatively with a fur blanket on a bed. In numerous shots, Kim Kardashian’s youngest half-sister bares her butt to the camera.

This isn’t the first time the teen has showed off her derriere. Jenner also posed with her backside on full display for Interview’s December/January 2016 issue.

“I didn’t believe 2015 could be topped, but when I think about what I have coming this year, I get SO excited,” Jenner shared in another blog post on Monday, revealing she’s looking forward to expanding her makeup line and more in 2016.