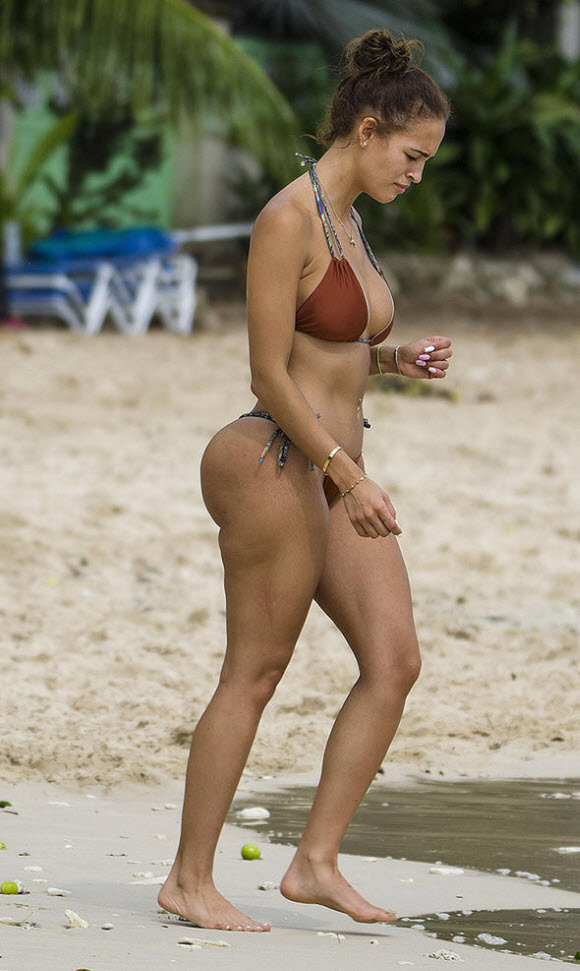 Lewis Hamilton was snapped enjoying a day out at the beach and show off incredible body figure .

Lewis Hamilton, 32 – who dated Nicole Scherzinger, 39, on and off for eight years – was pictured soaking up the sun in Barbados with a bikini-clad beauty, who flaunted her incredible abs and cleavage in a plunging brown string two-piece.

The lady in question tied her curly locks away from her face in a messy up ‘do as she made the most of the glorious weather alongside the Formula One champion, with her making sure all eyes were on her as she turned to the side to highlight her washboard stomach and pert posterior.

Lewis – who has also been linked to the likes of Kendall Jenner, Barbara Palvin and Rita Ora in the past – looked like he was enjoying every moment of his lavish break as he frolicked on the sands wearing a pair of bright yellow Justin Bieber shorts and white hat.

The racing car driver beamed as he joked around with his gorgeous friend; who later covered up in a pair of ripped denim shorts and a netted white top. 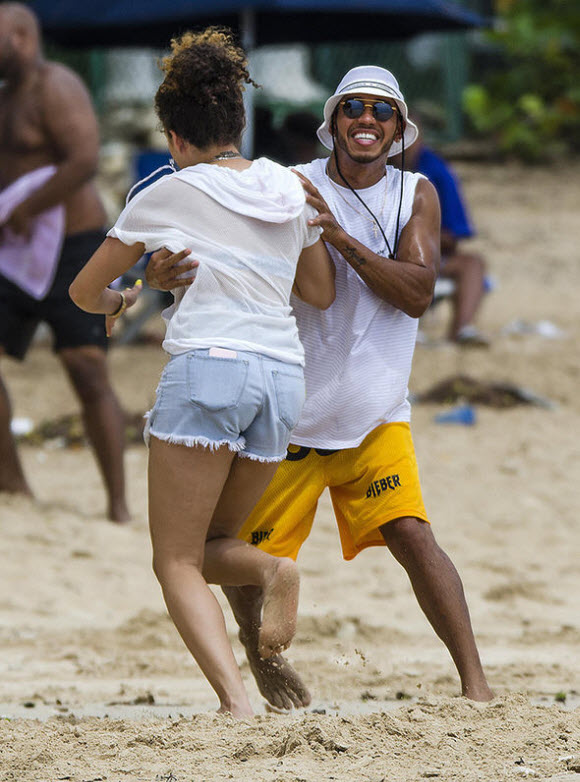 This certainly isn’t the first time Lewis has been spotted getting up, close and personal with one of his female pals recently, with him also partying up a storm with Winnie Harlow, 23, last month.

Despite Lewis and Winnie cuddling up on the dance floor, he’s previously denied that the pair are anything more than just friends.

When appearing on The Ellen DeGeneres show back in October, the host playfully quizzed Lewis, saying: “You are quite the ladies’ man! Your reputation is ya’know… well you know who you’ve been with!”

He then replied: “Oh, really?” 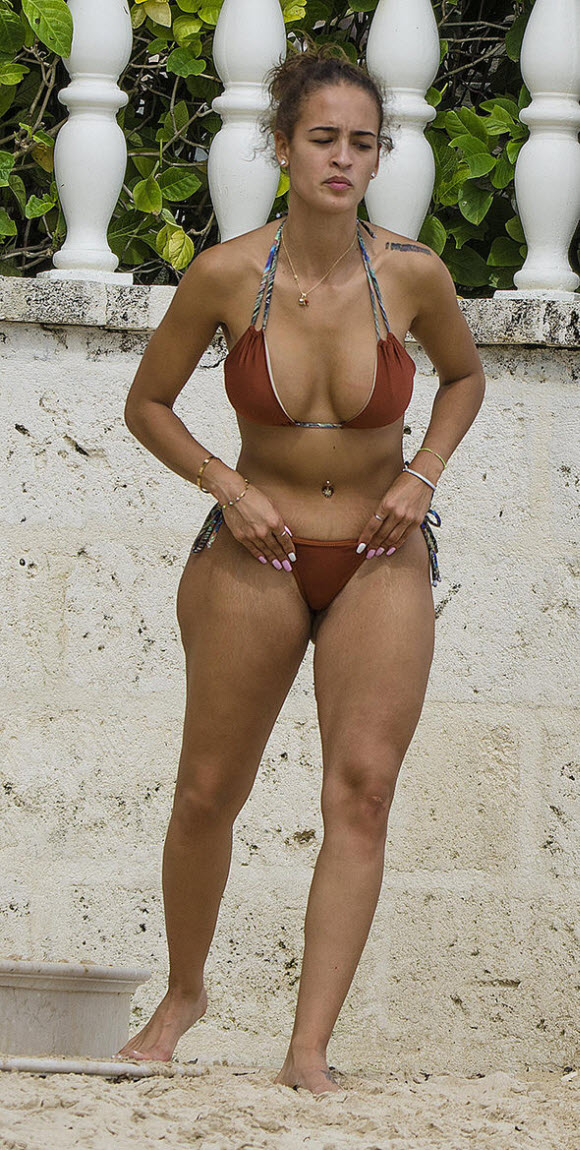 Ellen continued to quiz: “You’re single now, or…well you won’t be honest with me! Are you with somebody now?”

Finally answering the question, Lewis eventually said: “No I’m not. I was in a long-term eight-year relationship, so I’m focused on my racing and trying to win the championship this year.”

The heartthrob added at the time: “I don’t have any plans [for romance].”