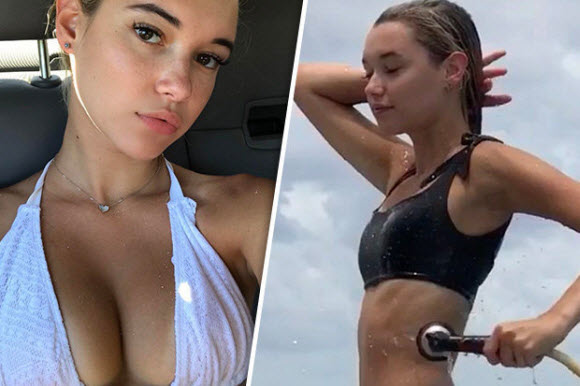 Super model Sarah Snyder was Stripped down to a tiny black two piece, the 22-year-old beauty was filmed hosing herself down after taking a dip in the ocean.

The blonde bombshell split from Jaden Smith late last year but has been soaring in the showbiz world ever since.

And the sex kitten – who boasts more than 1.4 million followers on Instagram – knows how to repay the favour.

The outdoor shower ended with a cheeky glance at the camera and a flash of her pearly whites.

It’s fair to say her eager fans have been loving the candid clip.

“I could watch this all day long,” one viewer commented.

Another said: “You are smoking hot, the queen of the booty.”

While a third added: “Ultimate body goals, lets get one of you in the shower for real next.”

But it’s not just eye-popping videos and bikini selfies that have seen the model soar to stardom.

Sarah has become a regular fixture on the catwalk for top designers including Dolce and Gabbana and Gucci as well as fronting a glossy campaign for swimwear brand Bikini Lovers. 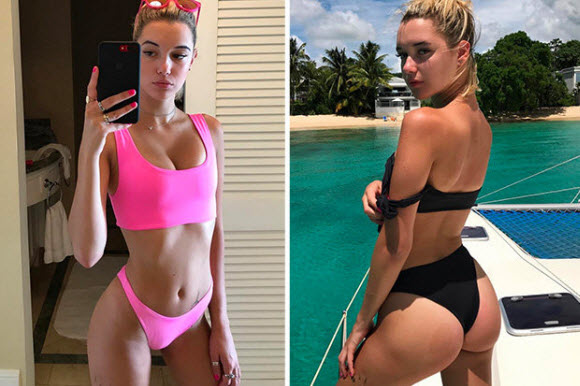 The brunette babe flaunted her enviable figure in the revealing holiday video in which she stripped off for an al-fresco shower in super slow-motion.