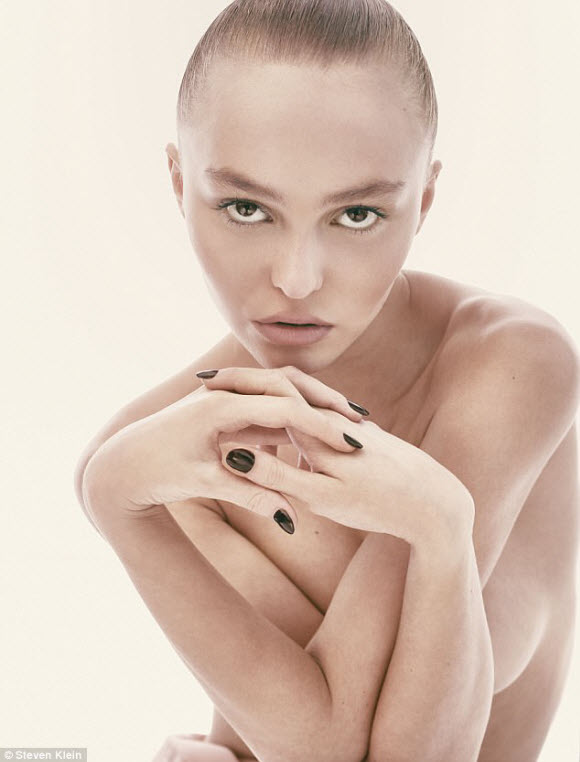 Johnny Depp’s daughter Lily-Rose poses topless for CR magazine, she said, because she gets to be ‘a little more sexy.’

Lily-Rose Depp is already a vet in the modeling world with a contract for Chanel and a Vogue cover.

But now that the daughter of actor Johnny Depp and singer Vanessa Paradis has turned 18-years-old, she has decided to push her boundaries. 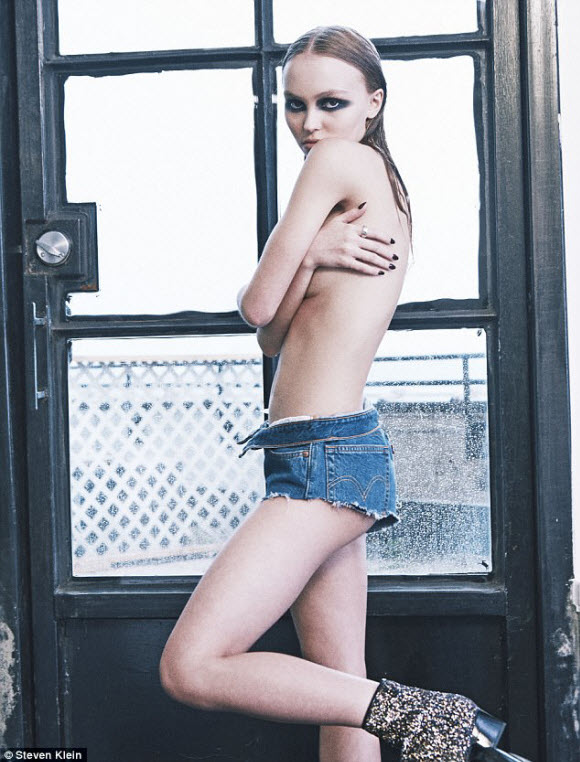 ‘I love working with Carine,’ the star said of the fashion magazine editor Carine Roitfeld, 62. ‘She actually styled the first shoot that I did for Chanel when I was 15.’

The Tusk actress went bra free for the cover and added a plaid shirt, which was unbuttoned, and a cigarette in her mouth. 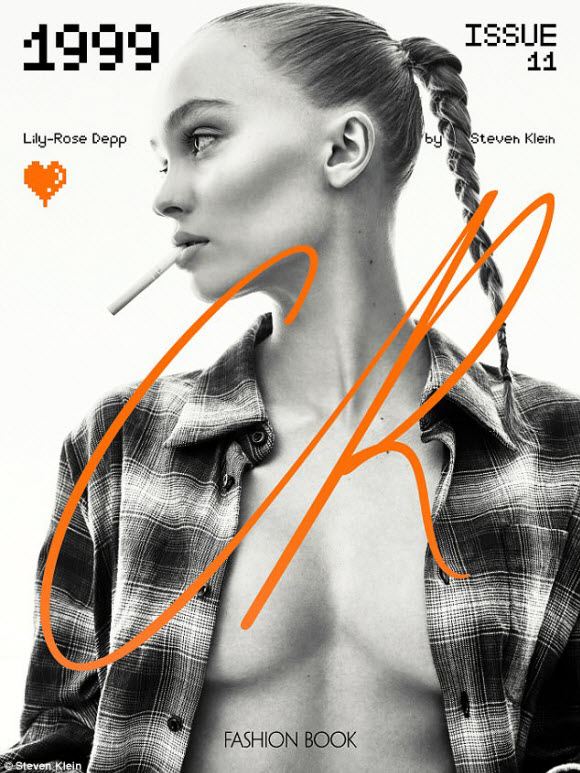 Her hair was worn in a high braid that was tight.

In another shot the Paris-born star – who speaks both French and English – had on no shirt, wrapping her arms around her chest to preserve her modesty.

She made the most of a pair of cut-off jeans that were unbuttoned and added short boots.

In another image, Depp appears to have nothing on as she wraps her fingers together and stares into the camera.

She was interviewed by Natalie Portman, who she worked with on Rebecca Zlotowski’s Planetarium, set in 1930s France.

The CR shoot was a highlight for the teen as she said she loved working with the photographer: ‘Steven Klein had shot these amazing photographs of my mom when she was my age. We shot in front of a mirror with the pictures taped to it. I have a similar grungy look.’

It hasn’t been all easy growing up with famous parents as some people have accused Lily-Rose of coasting on their coattails.

As far as how she feels about growing up in both Paris and Hollywood, Depp said it has allowed her an interesting perspective. 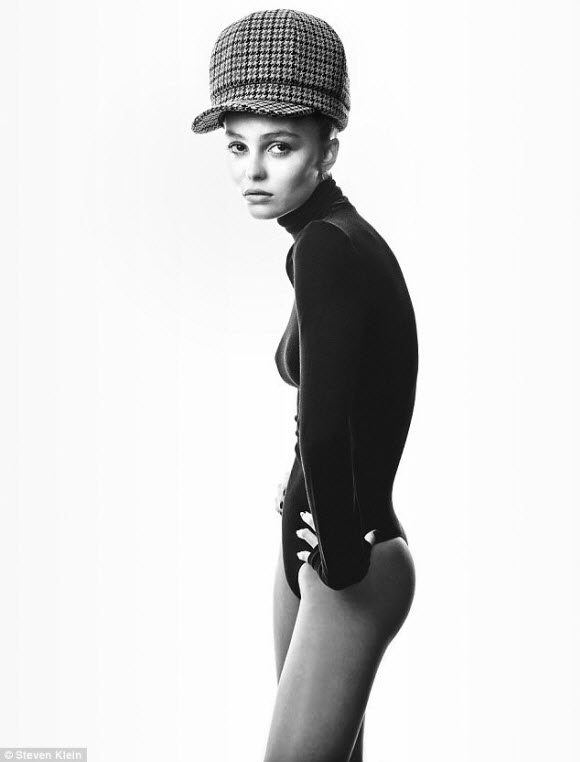 ‘There’s something more personable in Europe than there is here,’ she began.

‘In the States, there’s more of a façade that I see people putting on. For me, the French culture is richer. It’s also easy to prefer Europe give the present state of things. I would have been nicer to America a year ago. The way politics is going, it’s hard for me to sit down and point out all the things that I love about America.’

Depp began her acting career with a cameo role in Tusk alongside her friend Harley Quinn Smith, her father, and the film’s director Kevin Smith.

Then her partnership with Chanel began in 2015. She started modeling for the eyewear line then went on to become the face of fragrance No°5 L’Eau.

In 2016 she dropped out of school to focus on her career.

She then reprised her Tusk role in Yoga Hosers, a spin-off that focuses on her and Harley Quinn Smith’s characters. Next came the film The Dancer.

The 11th edition of CR, which hits newsstands on September 7, has covers not just featuring Depp but also Lara Stone, shot by Steven Klein, and Alek Wek and Cara Taylor, shot by Mario Sorrenti.

In tandem, never before seen image of Prince, shot by Steven Klein, graces the cover of CR Men’s Issue 5.