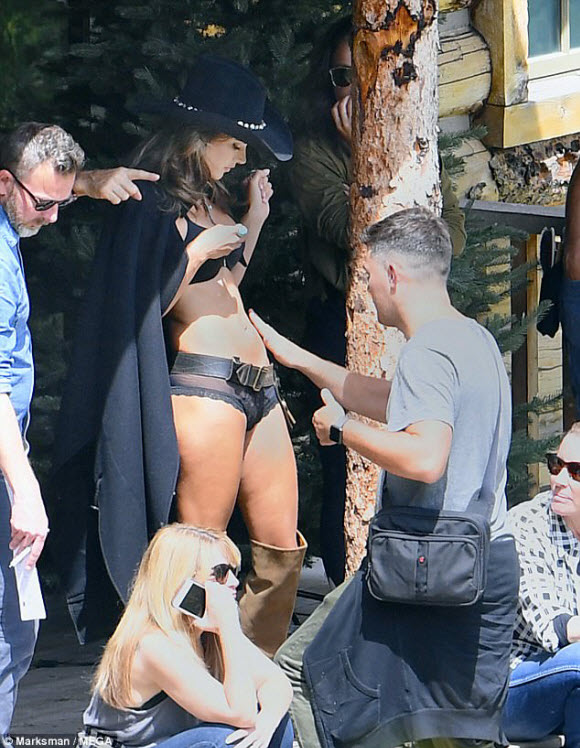 Victoria’s Secret angel Alessandra Amrosio, 36, displayed her stunning physique while one lucky production assistant oiled her down ahead of another busy day on the exterior set.

Sporting a black bra and matching underwear, Alessandra was in fine form as oil was dutifully rubbed into her taut midriff. 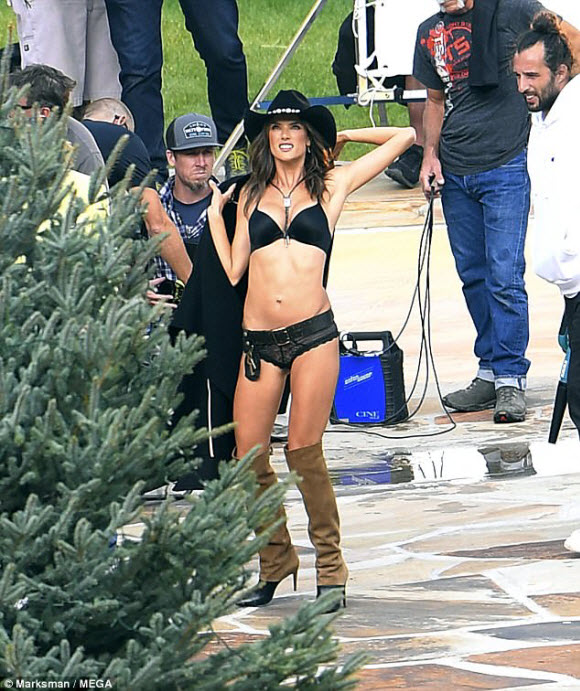 The sultry star added to her look with a pair of raunchy over-the-knee boots, while a raffish cowboy hat rounded things off.

Evidently in high spirits, Alessandra mingled with various members of the predominantly male production team as she prepared for cameras to roll on the Michael Bay directed shoot.

With temperatures cooling as the day progressed, the model stayed warm beneath an elegant black cape. 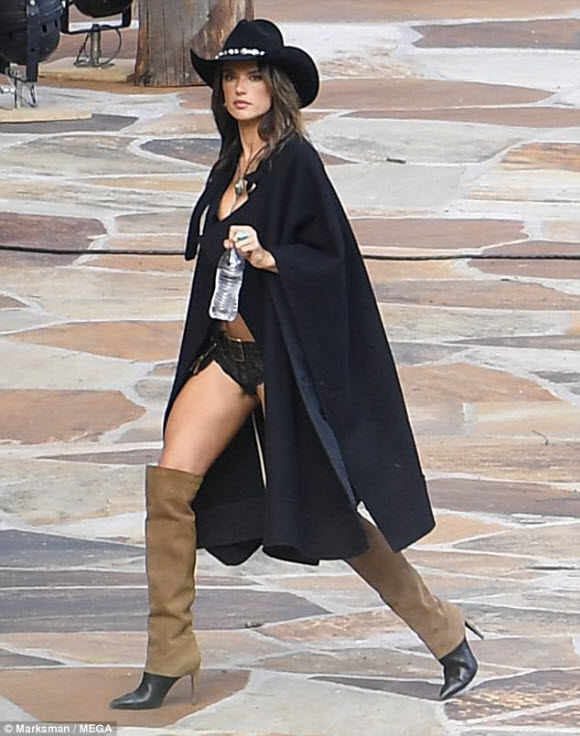 All involved have documented the shoot by taking incredible selfies and portraits that looked perfect for the annual VS lingerie catalog.

In 2016 she told Net-a-Porter’s The Edit that she works hard on her body.

‘Your body will not go back to exactly what it was before pregnancy, whatever people tell you. It can’t,’ she said. 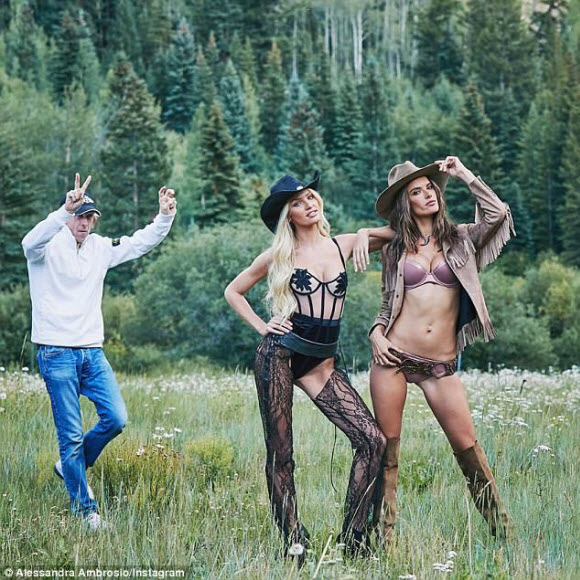 ‘But I think I have a better body now than before I had kids. It’s partly because I work out, whereas before I didn’t, but also to do with the shape—it just looks more formed now and I feel better about it than I did.’