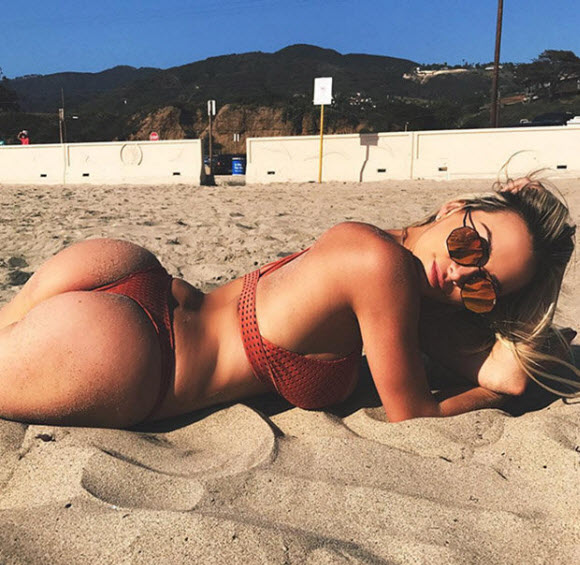 Lindsey Pelas whipped her fans into a frenzy when she shared photo of her putting her booty on display in this stunning beach exposé.

The blonde bombshell is best known for flaunting her 32DDDs in barely-there swimwear, but this time she’s focusing on a different moneymaker.

In one of her sexiest updates of the summer, Lindsey Pelas took to Instagram and shared a picture of herself enjoying a sun-soaked day on a secluded beach.

Daring to get down and dirty in the sand, the starlet cemented her beach babe status as she posed lying down.

Leaving little to the mind’s eye, the buxom babe poured her curves into a teeny tiny bikini that showed more skin than it covered. 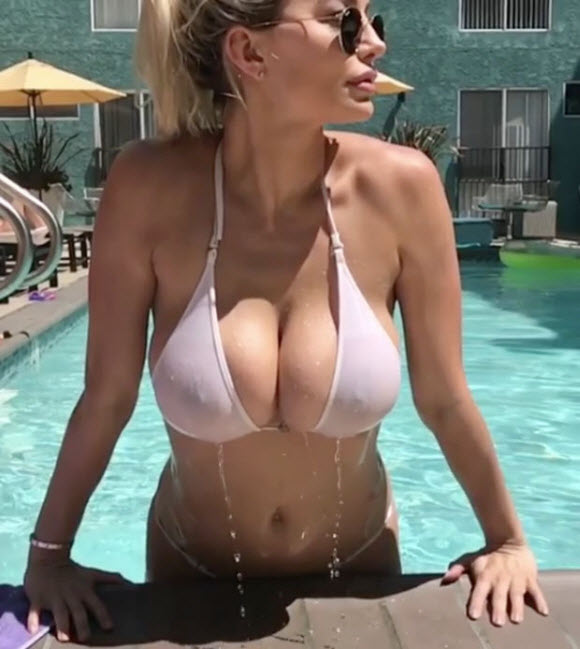 Seemingly unable to resist flashing her self-titled “genetically gifted” assets, the US beauty showed off a hint of cleavage.

With her swimwear proving to be no match for her bulging breasts, the Insta babe displayed a hint of sideboob.

But it was undoubtedly the starlet’s lower body that stole the show, as the main event took place south of her cleavage.

In a scene that would rival Kim Kardashian herself, Lindsey paraded her perky booty in a privates-flossing thong. 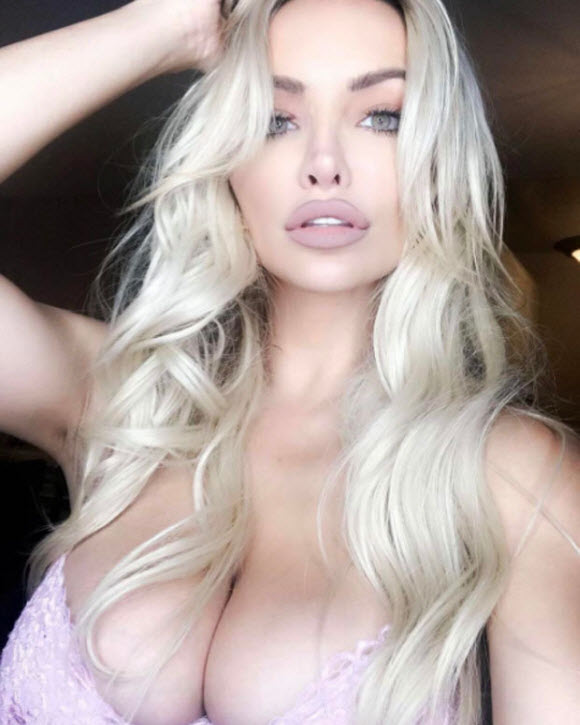 Proving to be untameable, her derriere almost swallowed the skimpy bikini whole.

Teasing her 6.8 million followers, the Los Angeles dweller captioned the post: “I see you.” 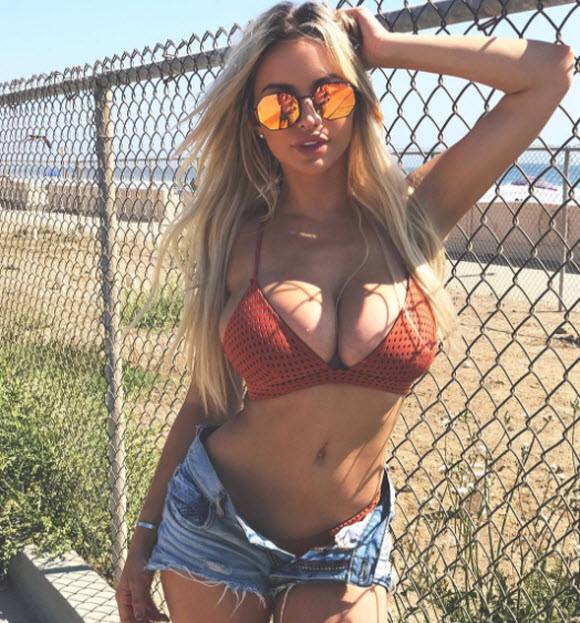 Responding to the snap, one admirer quipped: “Cutie with a booty,” alongside two peach emojis.

Eager to give viewers the full package, Lindsey later took to her Instagram story and posted a snap of her enormous chest.

With her boobs standing to attention in the temperature-raising reveal, the starlet amped up the sex factor by unbuttoning her denim shorts.

Summer may be coming to a close, but it’s still scorching hot on Pelas’ profile.