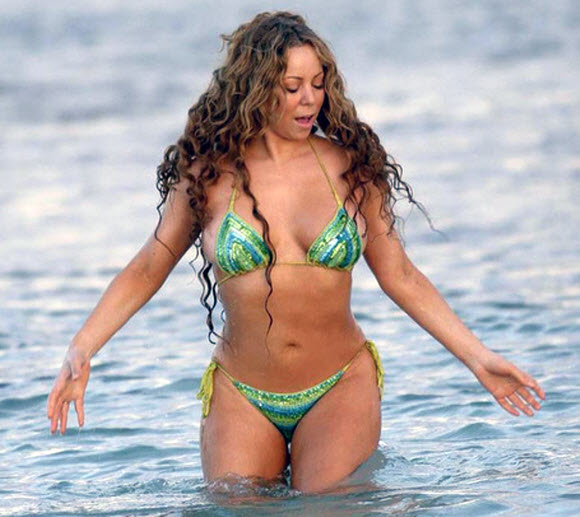 American singer Mariah Carey has been displaying her breast appeal in a seemingly never-ending parade of plunging dresses.

But Mariah Carey has now taken things to the next level by retiring her clothing altogether in her sexiest photoshoot to date.

Following in the footsteps of Kim Kardashian, who infamously broke the internet with her booty-popping Paper cover in 2014, the blonde bombshell has posed topless for the magazine.

Daring to bare all for the Las Vegas issue, the 47-year-old unleashed her raunchy side with a near-naked cover. 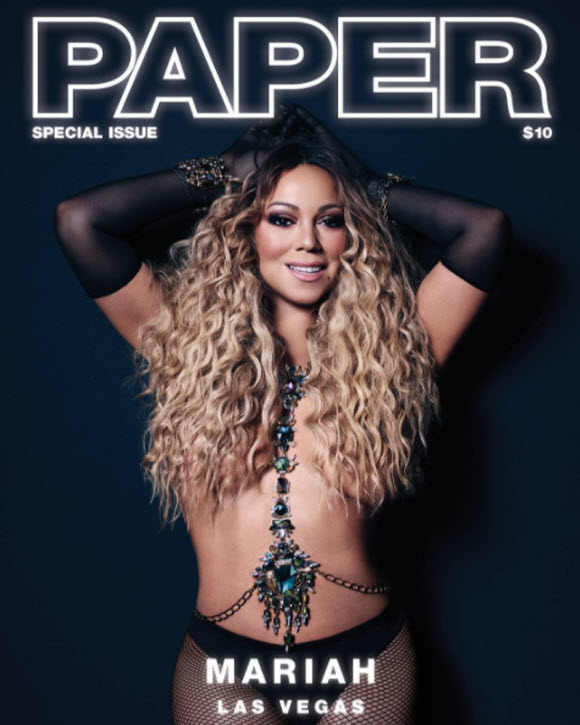 The mum-of-two is performing a Christmas holiday concert series in Sin City this December, and she’s fully ready to embrace her new showgirl role.

With nothing but a bedazzled body chain draped over her upper body, the starlet served serious breast appeal as she let her sizeable assets roam free.

And while her trademark blonde locks were strategically placed over her bulging boobs, the body confident babe was still laid bare as she faced the camera head-on.

Living up to her diva reputation, the Obsessed singer channelled Marilyn Monroe as she rocked long black gloves with jewellery worn on top.

Fully committing herself to the sexed-up photoshoot, the musician donned a tiny pair of black knickers and fishnet tights. 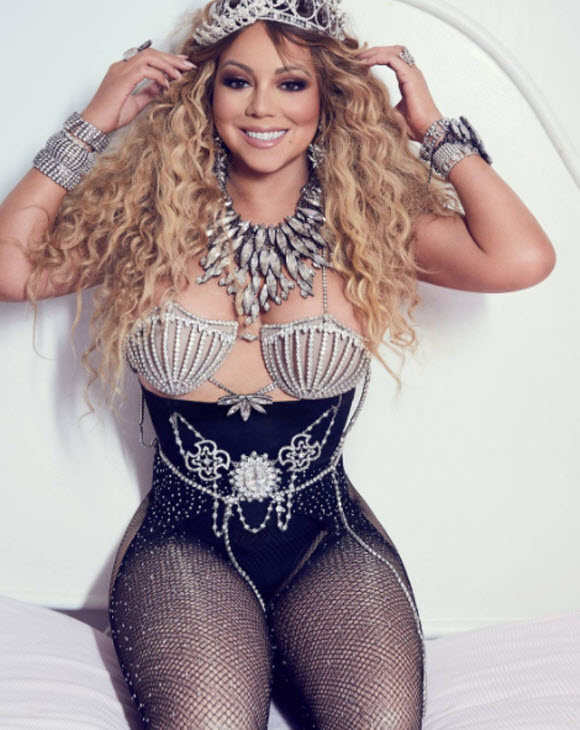 She completed the barely-there ensemble with smoky eye make-up, a killer stare and a flirty grin.

Needless to say, the flesh-flashing antics continued inside the magazine, as Mariah rocked a tiny bejewelled bra that barely covered her chest.

Flaunting the boob spills to end all boob spills, the New York native was quite literally dripping in diamonds as she cemented her pop royalty status with a large tiara.

In a candid interview with the magazine, the singer was quick to defend the ‘diva’ title she has been labelled with.

Revealing that she inherited the legacy from her mum, the babe explained: “I have had diva moments, and then people can’t handle it. 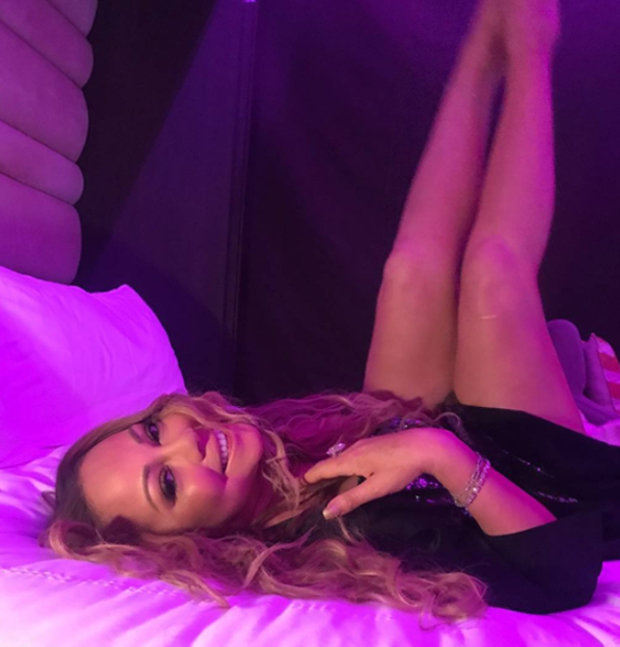 “I guess it’s a little intense, because I come from a true diva. My mother is an opera singer. And that’s a real diva, you know…

Perhaps this is a sign the two singing icons are ready to put their alleged feud behind them?

We’ll have to wait and see.