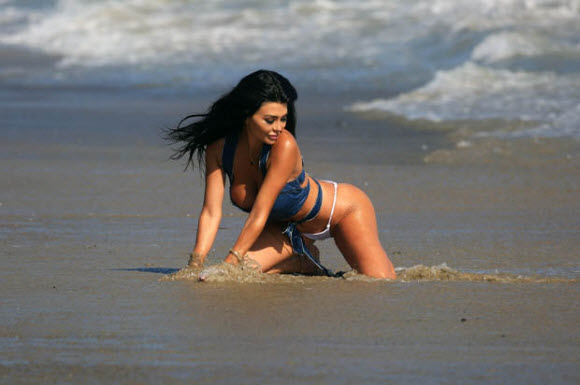 Melodi Milani left very little to the imagination when she stripped off for a saucy snaps posted yesterday. 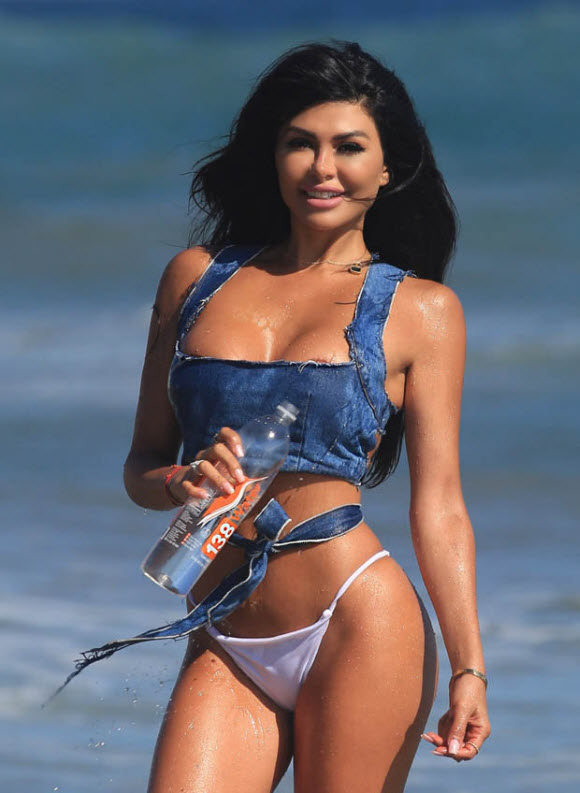 The company recruits the world’s hottest models and puts them in the skimpiest bikinis, with some undeniably sizzling results.

No wonder everyone’s so thirsty after all this drooling.

Melodi was bestowed the honour today and with such big shoes (and bikini tops) to fill, the LA model was clearly out to impress.

But the poor thing was upstaged on her first day. 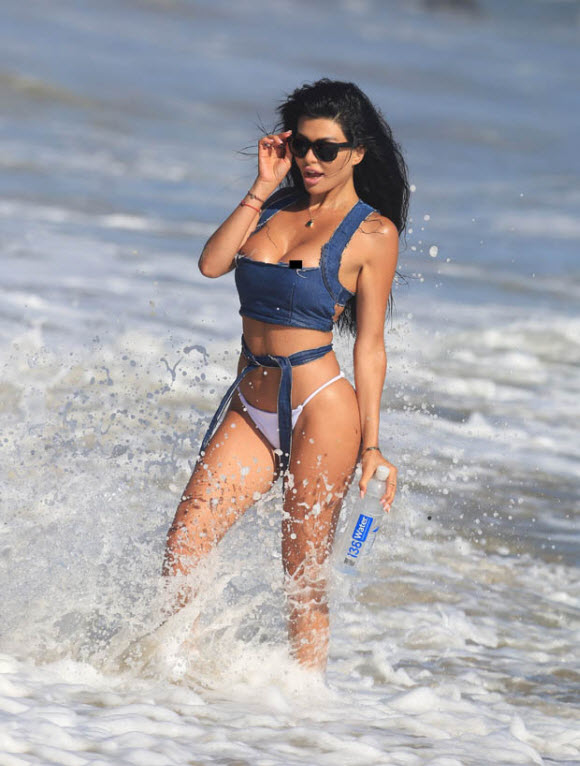 Melodi exposed her nipples for all to see as she splashed in the Californian sea.

Showcasing her insane curves, the pin-up wore a tiny white thong which was basically pointless.

Melodi teamed it with a teeny denim bra which was anything but waterproof.

The impractical number featured an insanely plunging neckline, giving a sensational view of her cleavage.

But letting her ample chest take focus, the raven-haired bombshell went sans bra as she splashed water onto her boobs. 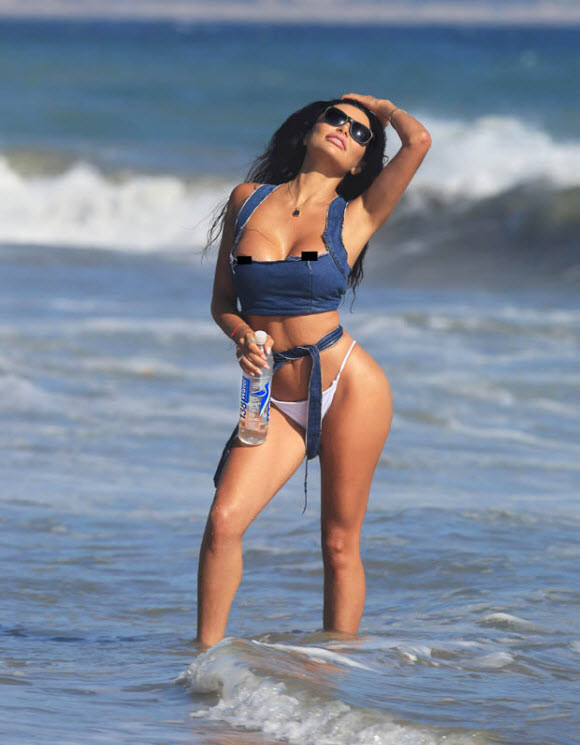 However, Melodi’s neckline peeled back giving a glimpse of her nipples.

Sadly, the full-frontal angle of the camera meant her chest and nipples were in clear view.

The wardrobe malfunction didn’t deter Miss Milani though, as she got own on all fours to pop her booty in the sand.

We haven’t seen this much filth on the beach since Francesca Larrain’s steamy photo session.

Also stripping off for the H20 brand, Francesca gave beach goers an eyeful in a see-through top which showcased her entire chest.