Nicki Minaj Invited Her Fans To Have A Very Up Close View Of Her Cleavage. 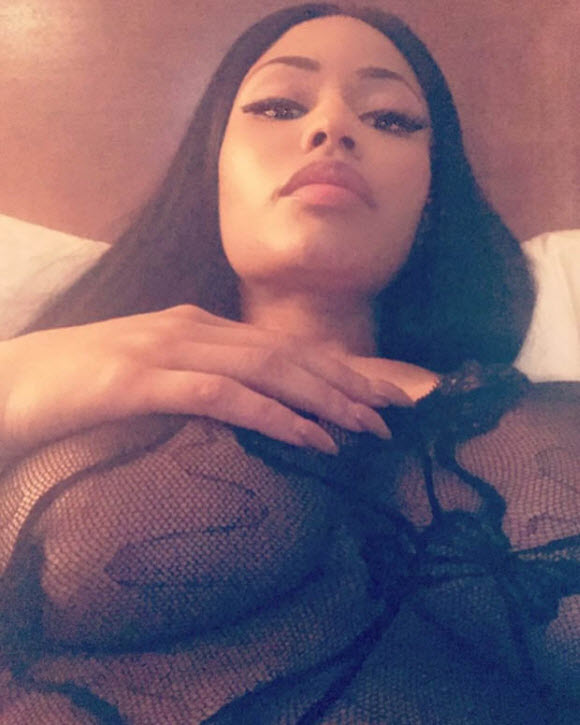 But obviously she’s in competition with herself, and the 34-year-old has gone above and beyond in the cleavage stakes.

Nicki took to Instagram where she invited her fans to have a very up close and personal view of her cleavage.

The Rake It Up rapper donned a sheer lace ensemble which left her bulging boobs majorly exposed.

The top – if you could even call it that – was clearly created for maximum sex appeal, as Nicki revealed an eye-popping level of underboob.

The fabric covering her cleavage was extremely sheer, leaving both boobs completely on show.

Luckily, Nicki used her hands to disguise her assets and keep the photo Instagram friendly. 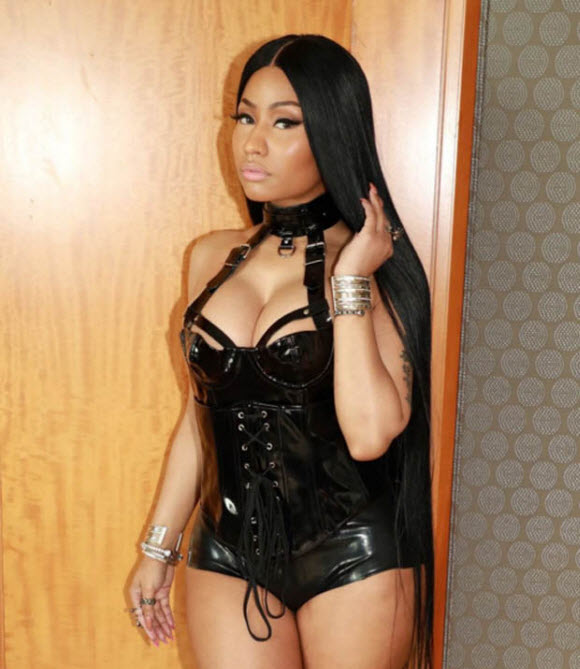 The braless beauty ensured the rest of her look was relatively paired down with naturally styled tresses, a nude lip and pointed manicure.

Referencing iconic flick Casablanca, she captioned the photo: “Here’s lookin’ at you, kid.”

Nicki was soon inundated with X-rated messages from fans – most too explicit to print. 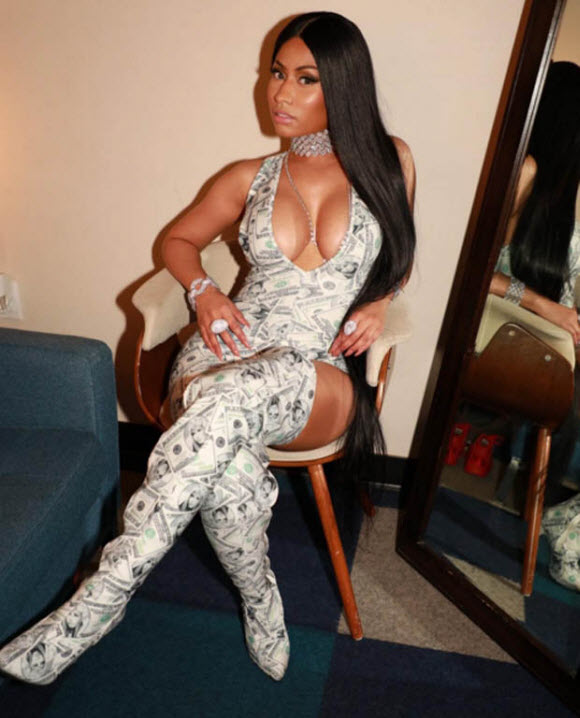 However, it’s no surprise that Nicki has attracted this much attention, especially now she has reportedly been snapped up by legendary rapper Nas.

The buxom babe is thought to have been dating the I Can lyricist since May this year and has been spotted cuddling her new squeeze in New York.

“Nicki is not the type to date around,” an insider told E!

“They are still getting to know each other.”