Ola Jordan leaves almost nothing to the imagination as dshe bares her entire body in a sheer diamante body suit at a red carpet event.

The former Strictly pro, 34, changed into the very risque outfit – which showed off heaps of cleavage and seemed to involve no undies – after arriving in a black dress to a London event. 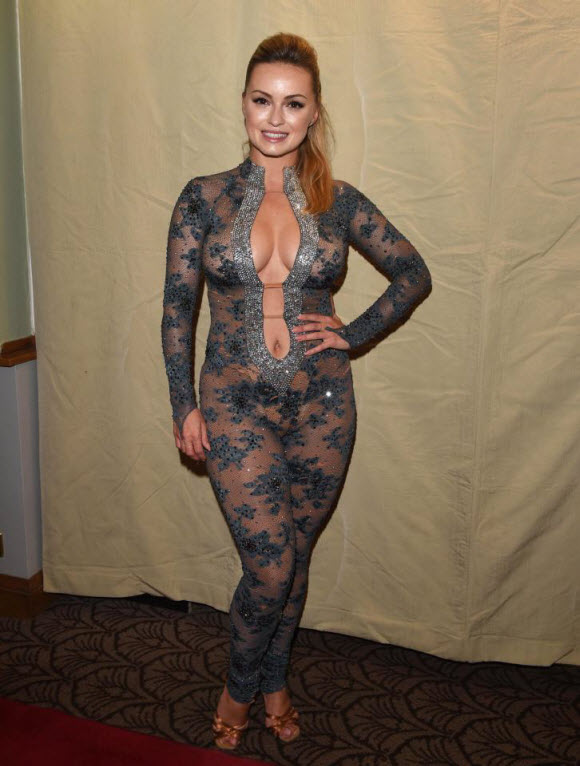 But all eyes were on the Jor-dropping Mrs Jordan, whose patterned outfit had materialised from nowhere after she ditched a black panelled, floor-length gown.

The outfit, reminiscent of the one Britney Spears wore in her Toxic video and the one Rihanna famously went braless is, seemed to cry out for some kind of wardrobe malfunction.

Unlike Strictly contestant Chizzy Akudolu, however, Ola and her mesh outfit didn’t put a foot wrong – though she had already shown off a lot of excess flesh on her recent holiday. 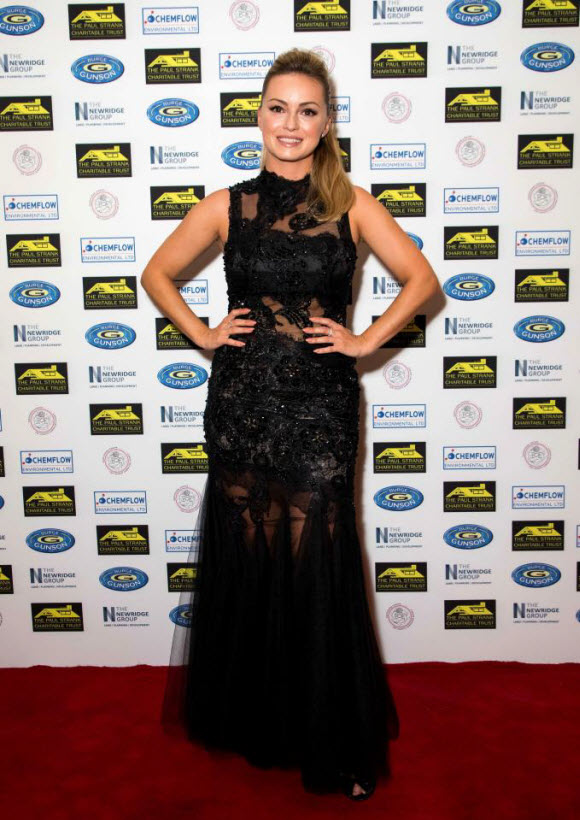 Seeing as Ola successfully rocked a latex outfit on TV recently, a see-through jumpsuit must have been a mere trifle for her this evening.

Hubby James, also a former Strictly star who quit the show in 2014, went for a tuxedo without a single diamond jewel or see-through panel.