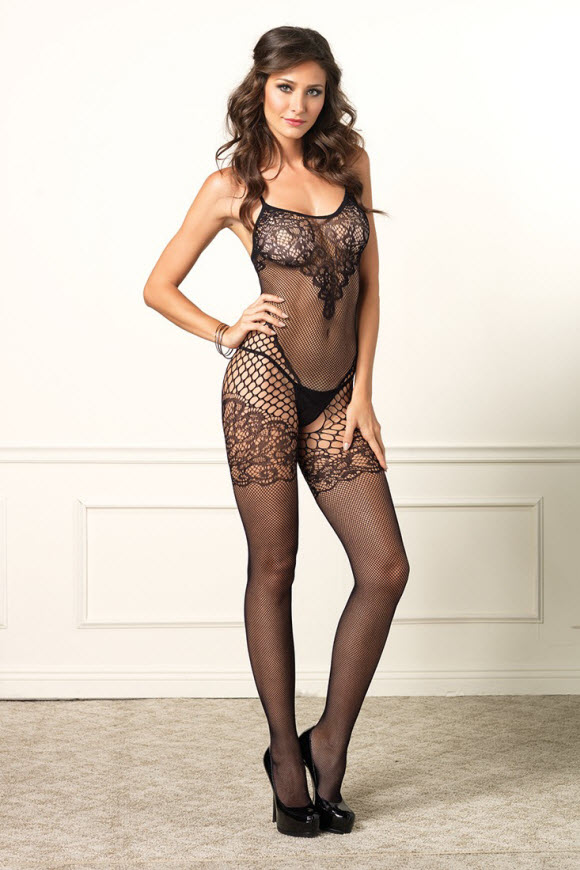 I thought it would be an interesting exercise to ascertain what types of bodystocking appear to be the most appealing to girls. There are a number of ways in which this information can be gathered.

With regard selections made from the sidebars on the site, we found that Sheer was the most popular category, closely followed by Opaque. There was then a gap between these two and other types of bodystocking. This may have been partly attributable to putting these two types of bodystocking at the top of the sidebar menu, but that is where your most popular items should be placed to maximise on clicks.

Definition: Sheer – a semi-transparent material that is usually a very thin knit.

Definition: Opaque – a material impenetrable by light, that is neither transparent nor translucent.

On looking at the sales figures for the products, this was confirmed, as sheer and opaque bodystockings topped the best sellers list. This also indicates why many of the main steam lingerie sites focus on these two types of bodystocking, and little else.

What did surprise us a little though, was that the word Opaque was not used nearly as much as Sheer and Fishnet to arrive at the site. There could be a number of reasons for this, namely people associate bodystockings with opaque and so feel the word is unnecessay, or, opaque bodystockings are found to be popular when encountered unknowingly.

After Sheer, the most popular keyword to be used in search engines was Fishnet. There is a variation on Fishnet, called Fencenet which has the same basic design as a Fishnet, expect the diamonds are much larger. This keyword is rarely, if ever used, but these bodystockings have proved quite popular which demonstrates that even if you stock a product variation that very few people look for, you can still end up with a good seller.

Definition: Fishnet – a material with an open, diamond shaped knit.

Lurex, Lace and Lycra are also keywords that are frequently used, but not with the same intensity of those mentioned previously. Spiderweb is another of those keywords that is never used in search engines, but has proved a popular bodystocking when encountered during routine searching of the site.

With regard fitting, as opposed to style, the main keyword of note that is repeatedly used is Turtleneck.

Definition: Turtleneck – a high, tubular collar that fits closely about the neck.

So, if you have never worn a bodystocking before, then a black opaque bodystocking would appear to be the safest bet.