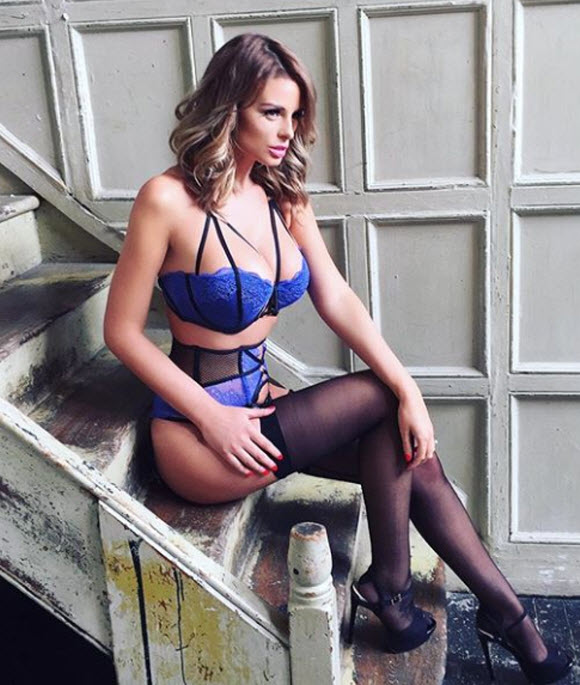 The former Page 3 stunner stripped down to some seriously saucy underwear for the racy reveal.

It saw the stunner, who recently went brunette, smoulder into the distance while her lingerie did the talking.

The model displayed her buxom assets in the tiny lace underwear.

She teamed this with sexy black stockings which hugged her shapely pins. 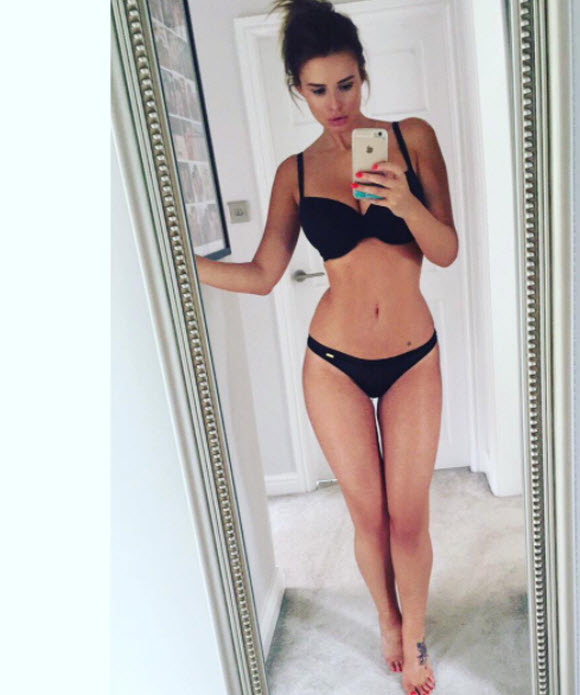 As for makeup, she rocked pretty pinks lips and big fluttery eyelashes.

The shot was taken from behind the scenes of one of Rhian’s photoshoots.

Fans were certainly loving the insight, judging by the comments.

While another told her: “You are beautiful.”

A third even added: “Let me drink your bath water.” 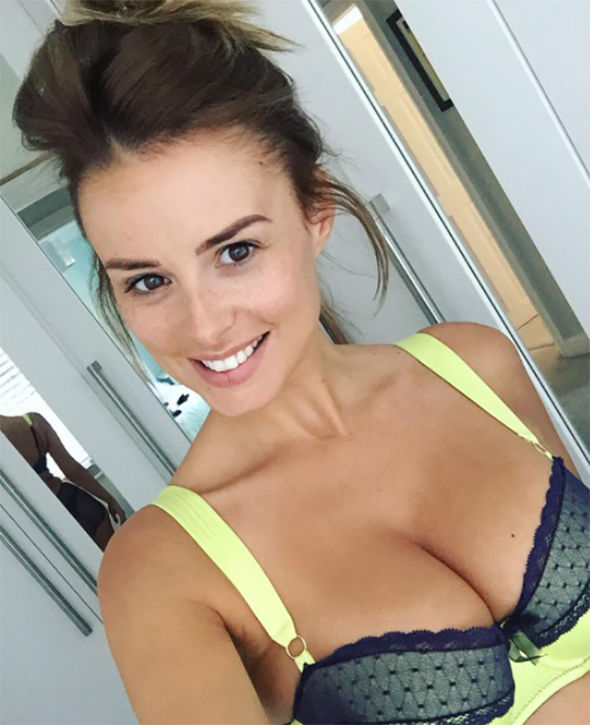 Not the most conventional of compliments.

Rhian also wowed fans this week by stripping topless for a bedtime exposé.

No doubt her followers enjoyed sweet dreams aplenty after the eye candy.