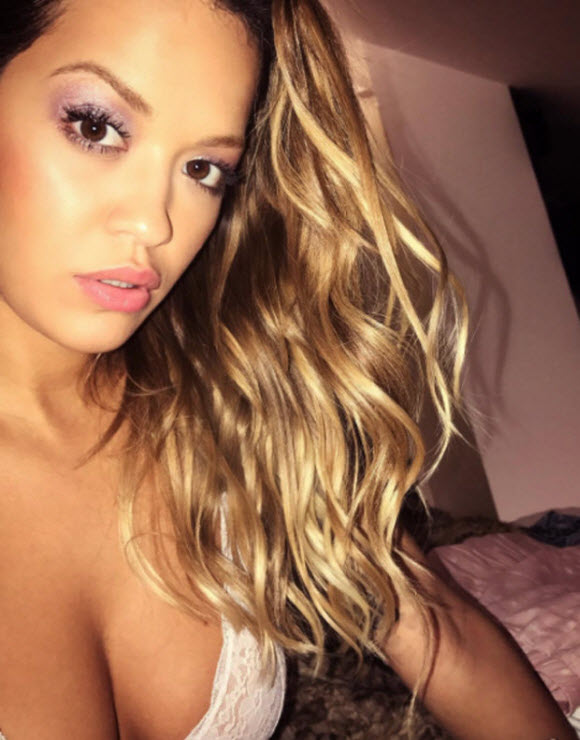 Rita Ora left very little to the imagination when she stripped off for a saucy Instagram snap posted yesterday.

Your Song singer Rita Ora recently caused a stir when she flaunted her peachy derriere in skintight PVC knickers.

And now she’s parading her other most famous assets, daring to bare all in a racy underwear peepshow.

Taking to Instagram, the former X Factor judge treated fans to a sneak peek of her latest campaign with lingerie house Tezenis. 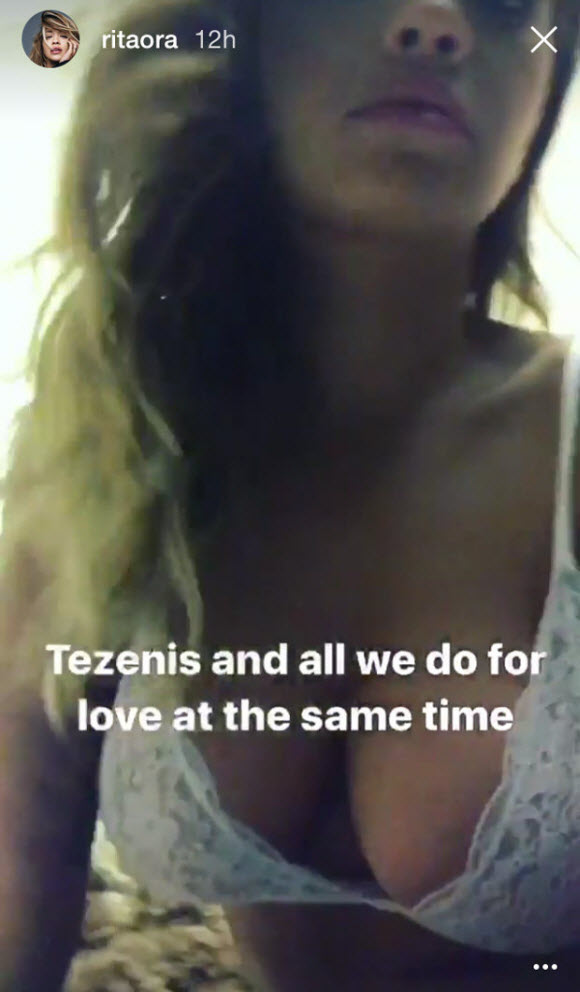 Leaving viewers with no doubt as to why she was picked to be the face of the brand, the Brit babe rocked a white lace bra that proved no match for her cleavage.

Rocking the mother of all boob spills, the 26-year-old served major breast appeal as she posed up a storm. 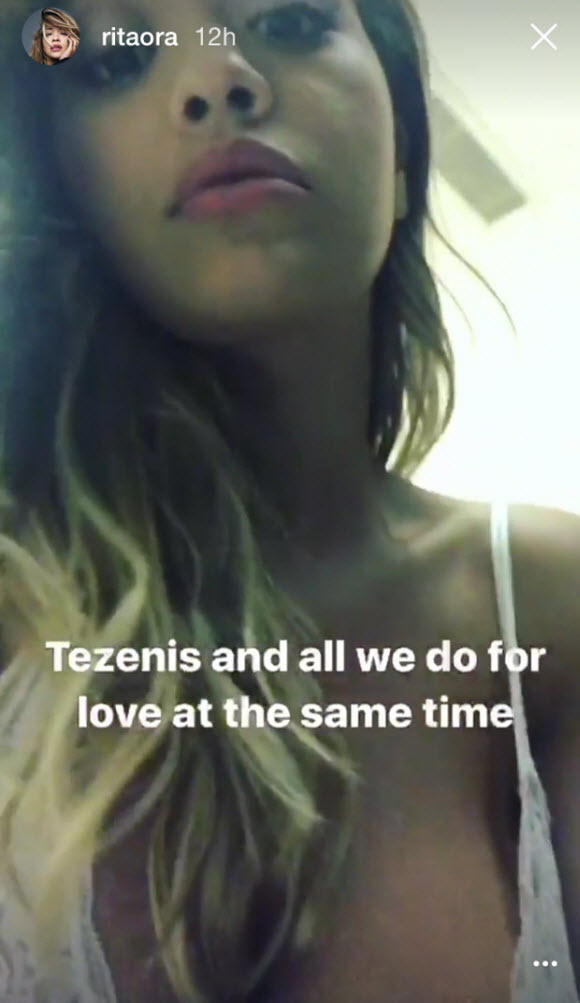 The brazen starlet offered a perv’s eye view of her chest, making sure to hold the camera close to her upper body.

Looking as though she was auditioning to be in the next Baywatch film, the vixen let her golden locks fall loose around her face.

She completed her statement ensemble with striking purple eyeshadow and a pale pink lip. 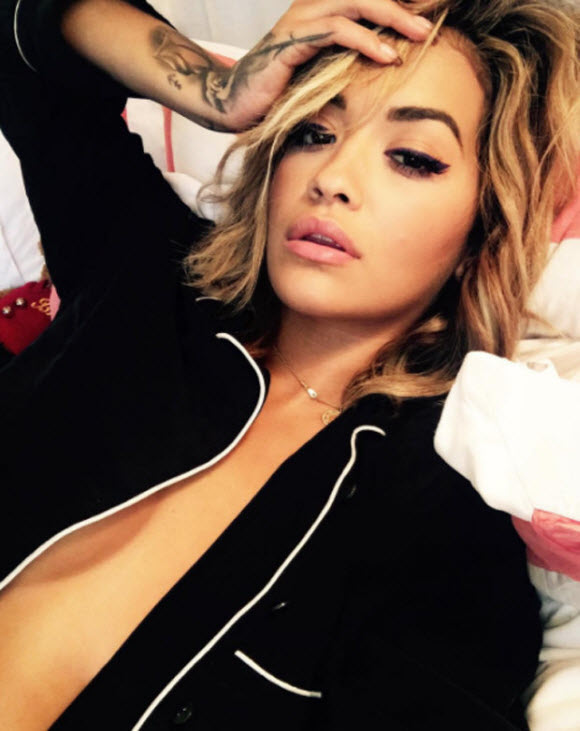 Allowing her 12.1 million followers to get up-close-and-personal, Rita filmed a skin-baring video for her Instagram story.

Zooming in the lens on her bulging assets, the Fifty Shades starlet gyrated on film as she showed off her skimpy attire.

True to form, fans were only too quick to show their approval for the temperature-raising display. 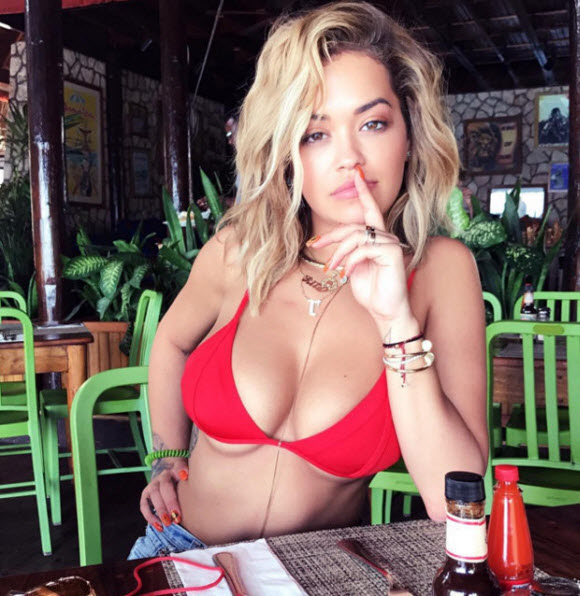 One admirer gushed: “Good Lord, Rita,” alongside a heart-eyed emoji.

Another happy customer wrote: “What a picture — just made my morning.”

“Why do you do this to me?” one flustered follower pleaded.

Getting straight to the point, an enamoured male commented: “Nice bangers, Rita,” followed by two red hearts and pouting lips.