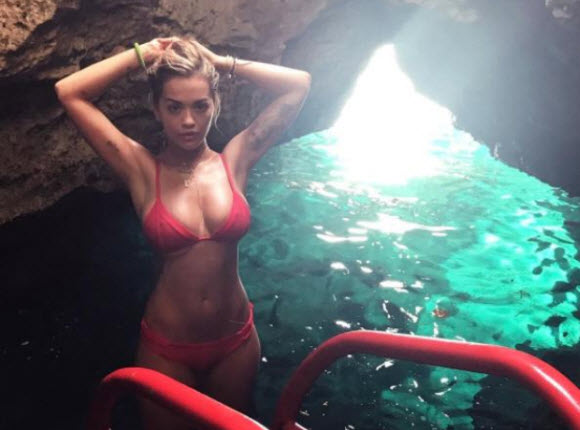 RITA ORA certainly gave onlookers a treat as she whipped off her bikini top to soak up the sun in Jamaica at the weekend.

The Hot Right Now singer struggled to protect her modesty as she ditched her bra and stripped down to her red thong.

As she grappled to keep her bosom in place, she risked flashing more than she bargained for.

Her generous cleavage was almost exposed as she attempted to avoid tan lines while on the short break.

Meanwhile she flaunted her peachy posterior in a pair of matching briefs, which ensured her bottom took centre-stage. 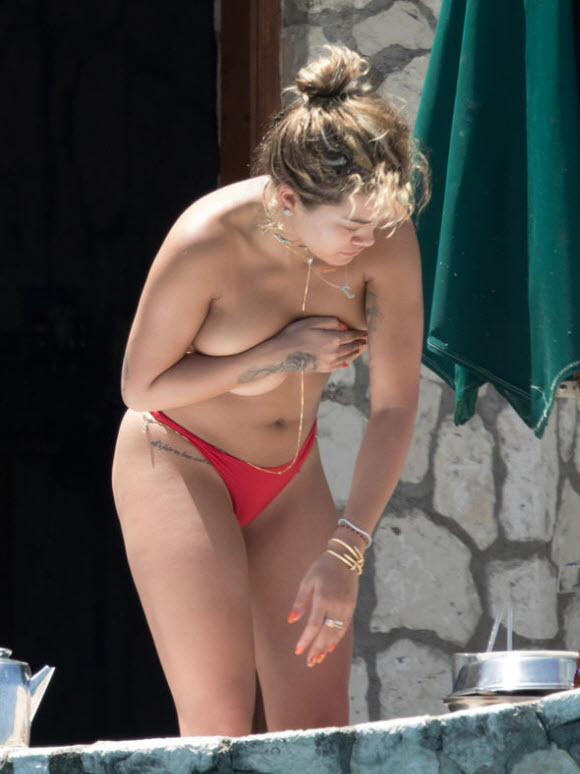 Rita, 26, accessorised her poolside attire with a gold body chain and several bangles and chunky rings.

Her golden tresses were styled in messy curls, which were swept up into a top knot while she appeared to have gone make-up free.

It comes after the blonde bombshell squeezed her curves into another racy red bikini as she continued to enjoy her exotic getaway.

In one snap posted on her Instagram page she could be seen lifting her arms above her head to ensure all eyes were on her bust. 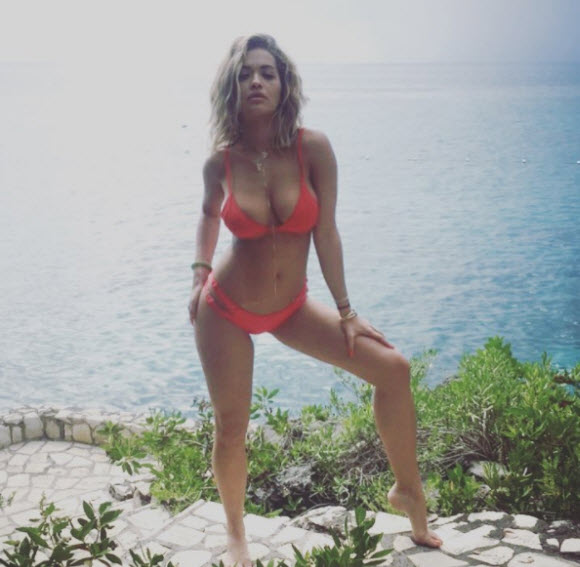 Her eye-popping cleavage was also impossible to miss in another shot, which saw her flaunt her phenomenal figure as she stood in front of the sea.

It comes as no surprise that her 12 million followers were quick to comment on the sizzling snaps with one gushing: “You’re an exceptional beauty.”

Another added: “You’re perfect baby,” as a third continued: “So beautiful.”