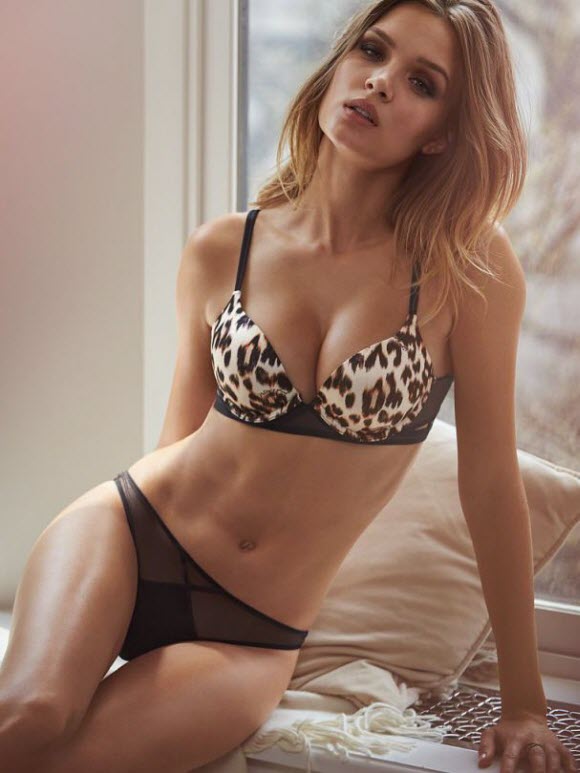 Josephine Skriver is the latest model to be invited into the exclusive circle of Victoria’s Secret Angels, joining fashion icons like Sara Sampaio, Adriana Lima, Alessandra Ambrosio and Candice Swanepoel. But who exactly is this 22-year-old Danish model, with her emerald eyes and long, lean frame? Here’s a look back over the career (so far) of this model to watch out for over fashion’s coming seasons.

After three years of catwalk shows for the famous American lingerie brand, Josephine Skriver has now officially been awarded Angel status — the ultimate reward of recognition in the fashion and lingerie worlds. Although she’s not that well-known to the general public, Josephine Skriver has already notched up an array of ad campaigns and catwalk appearances for some of the biggest names in haute-couture and ready-to-wear fashion.

Josephine Skriver was plunged into the world of modelling from a young age, starring in several ad campaigns when she could barely walk thanks to an aunt who worked in the industry. While most aspiring models dream of posing for big fashion labels, the young Skriver’s first shoot was for Pampers diapers. But everyone’s got to start somewhere.

With her light brown hair and mesmerising green eyes, Josephine Skriver is now one of the most in-demand models, both on the runway — where she’s become a familiar face and must-book name — and for advertising campaigns. In four years, she has starred in ads for Gucci, Bulgari, Michael Kors, DKNY, MAC Cosmetics and Yves Saint Laurent Beauty.

She began working with the Victoria’s Secret lingerie brand in 2013, posing for shoots and starring in catwalk shows, before officially being named as one of the brand’s Angels on Saturday, February 20. She shared the news with fans on social media: “It has happened! I’m literally living my dream right now! Can’t believe I get to share with you today that I’m the newest Angel for Victoria’s Secret.”

More than just a pretty face

Josephine Skriver isn’t only known for her dream body and stunning looks, since she’s also a vocal supporter of LGBT families and their children, a cause that’s particularly close to her heart.

Having grown up with two sets of gay parents, the young model is quick to use media appearances to speak out in support of the LGTB community, condemning the criticism faced by unconventional families and reiterating her pride in her own upbringing.

As if picture-perfect looks weren’t enough, Josephine Skriver is a sharp, quick-witted character with bags of personality. And that’s sure to help her make her name as one of fashion’s new top models.