Sexy Lingerie for Your Valentine 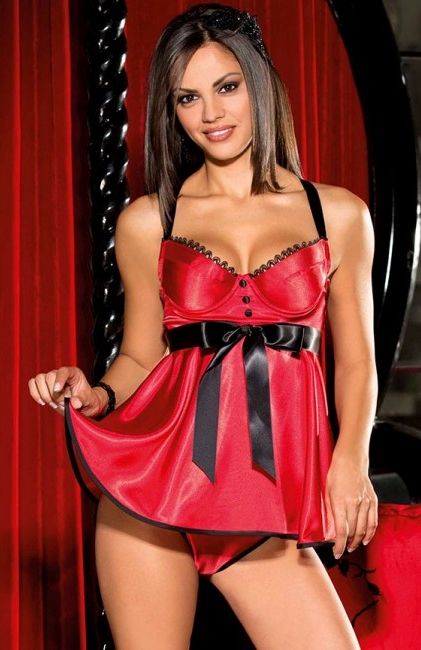 Calling all men! Are you looking for sexy lingerie for Valentines Day that will make your evening that bit extra special but do not know what you should be looking for or where you should be looking for it? The bricks and mortar High Street shops are packed full of all the standard lingerie that is available all year round but there are a number of online retailers that stock extra sexy and erotic lines that will really make your partner look and feel incredibly sexy and turn you on at the same time. Listed below are a number of sexy must haves:

Usually made from fishnet or lace, bodystockings cover the legs, torso and sometimes arms of your partner but are alluringly sheer leaving little to the imagination. They highlight the natural curves and contours of the body whilst allowing tantalising glimpses of what lies beneath. A considerable number of bodystockings also come with an open crotch and/or an open bust making bodystockings a must have for the bedroom.

Unlike traditional full cupped bras, shelf bras are quarter cup bras that come with underwiring offering a similar amount of support as a traditional bra. However, unlike everyday bras, shelf bras leave the breasts almost fully exposed making them a perfect item of sexy lingerie. If you do not know your partner’s cup size then do not worry because with a quarter cup shelf bra this is not important because shelf bras are usually available in sizes small, medium, large, extra large etc rather than A cup, B cup, C cup etc.

Usually available with internal boning built into the garments, basques and corsets help to pull the stomach in and push the breasts out which makes the wearer look sexy and feel more body confident. Basques and corsets are ideal for wearing for bedtime pleasures but unlike most other items of lingerie they can also be worn as an item of outerwear making them incredibly versatile. The vast majority of basques and corsets also come with corresponding g-strings.