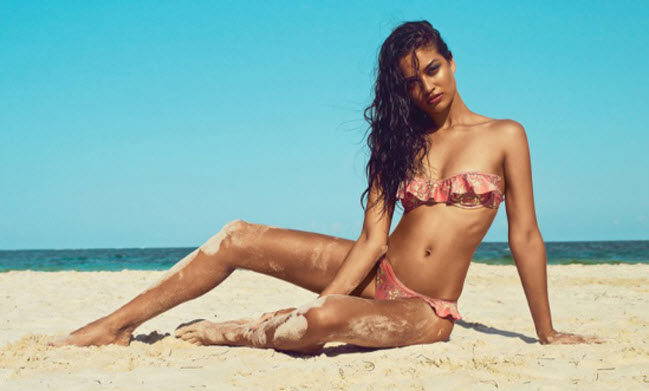 NEW mum Shanina Shaik looks a real baby bloomer as she poses in a bikini.

The model, 31, wore a series of swimwear items for a new Seafolly Australia campaign, shot on a beach Down Under.

She said: “It was a magical day, shooting in South Australia, where I got to swim with dolphins and work with an amazing team of people, many I have known my entire career.”

Shanina gave birth to her son Zai, her first child with her partner Matthew Adesuyan, in September.

She announced she was pregnant with advertising agent Matthew on Mother’s Day.

She is Seafolly’s global ambassador and the face of its Chase the Sun collection.

She first modelled for the brand in 2016 and said: “To be back again feels as much an honour now as it was the first time.”

Source : The Sun By : Howell Davies