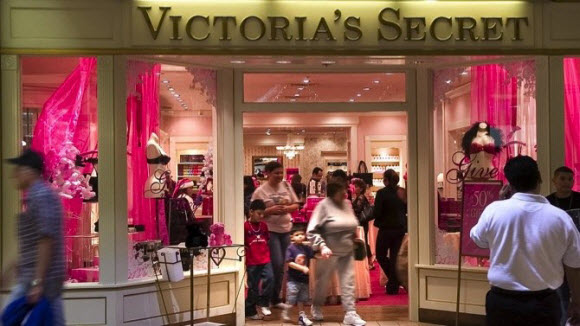 For Victoria’s Secret, sex sells. That may seem obvious, but the multi-billion-dollar lingerie industry has been headed in a different direction of late.

Now, as the mother of all underwear labels tries to figure out how best to keep women coming back to its lace-filled stores, it is doubling down on the sexy bras that made it big in the first place.

She faces increased competition as more clothing retailers hook onto the lingerie business.

Stores, from hipster staple Urban Outfitters to fast-fashion powerhouse Forever 21, are trying to cash in on a craze for airy, less-fortified bras called “bralettes”.

Earlier this month, shares of L Brands fell to a six-year low on weak profit forecasts and its report that same-store sales for Victoria’s Secret dropped 14 per cent in the latest quarter.

Ms Singer has revealed that the brand will get back to its roots. We are “in the business of fashion and sexy”, she said on a conference call.

In sports bras, she is trying to show women that “sexy is strong”.

That is a lot of sex, but what does it mean? Push-up bras, the signature style of Victoria’s Secret, have been long touted for their cleavageinducing superpowers, harking back to the busty bombshell image the brand flaunted for decades.

Indeed, the label has a push-up bra collection and a perfume scent dubbed Bombshell.

A 40-year-old brand that once revolutionised how women buy lingerie, Victoria’s Secret removed much of the taboo around unmentionables by upending the old lingerie boutique model, one where fitters sized up customers and matched them with typically white, black or beige bras.

Modesty ruled and the brand was anything but modest, positioning itself as a fashion brand by bringing aboard supermodels and selling bold styles.

But it strayed when earlier this year, it joined the pack and pivoted to pitching bralettes.

It proclaimed they  were sexy too, calling them “sexy little things”.

But they were not a good sales fit and now bralettes will make up less than 5 per cent of the brand’s bra assortment.

“I think anybody can make a bralette, and that was a moment that will come and go and it will come again,” said Ms Singer.

“But for us, we make constructed bras best. And when we do, even in our bralette business, bralettes that have more construction in them, we get paid for that work.”

It is a curious move, in part because push-up bras have not had a great run of late.

Aerie, American Eagle’s lingerie chain, announced recently that it saw softness in bra sales due to the lacklustre push-up category.

Ms Cora Harrington, who runs the Lingerie Addict website, said the bralette trend has matured – those attracted to that style have already switched.

Victoria’s Secret entered the cycle quite late and its customers did not seem to want its airier designs.

As she sees it, Victoria’s Secret’s core issue is not the style of bras it sells. Rather, the sexy image it cultivated for so long has grown stale because of its unwillingness to broaden how it defines beauty.

Aerie, for instance, seeks to challenge beauty standards by casting a range of body types in its advertising campaigns.

Victoria’s Secret continues to latch on to the airbrushed supermodel look. By de-emphasising bralettes, the company is arguably stepping further back in time.

As it rejigs its strategy, another tradition will endure. In New York City this week, hundreds of models (including Izabel Goulart and Hailey Baldwin) flocked to the casting call for its annual fashion show, eager to try out for the sex-infused runway walk, which airs in November.

As always, it is sure to be chock- full of angel wings, lace and bare skin.