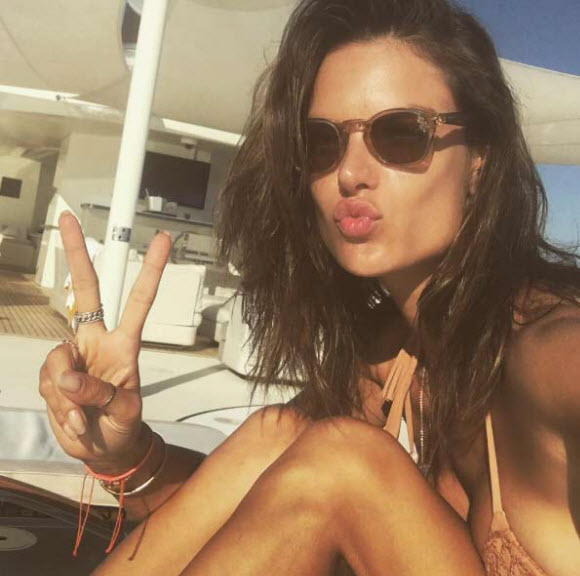 Alessandra Ambrosio is “forever on vacation” and loving every minute. The model has become the envy of many of her fans by sharing photos from her lavish summer holidays in Saint Tropez on Instagram.

Joined by her fiancé Jamie Mazur and a group of friends including models Lily Donaldson and Sofia Richie, Alessandra has been spending her days soaking up the sun on a luxury yacht and dining at celebrity haunts such as Club 55 and Eden Roc.

The 35-year-old has been documenting the trip on social media, sharing a number of loved-up photos with Jamie, her partner of eight years. In one snap the couple can be seen kissing as they perch on a diving board hanging over the sea. “Tempête Parfaite #myfaveplacetobe #love #dream #edenroc #Amour,” she captioned the photo, translating to “Perfect Storm”.

Alongside another, showing herself and Jamie cuddled up together while she wears a blue strappy bikini, she simply wrote “forever”.

t’s not been all romance though; Alessandra has been spending lots of time with her friends and shared a number of fun snapshots and videos of the group drinking cocktails in a hot tub together and jumping into the sea from their luxury yacht. “Jumping for joy,” she told her 6.7 million followers.

Alessandra has been in Saint Tropez for almost a week and was among a bevy of beautiful models who attended Leonardo DiCaprio’s annual foundation dinner at a vineyard on Wednesday. Wearing a Julien McDonald black gown, the mum-of-two looked sensational as she mingled with friends including Doutzen Kroes, Joan Smalls and the recently married Ana Beatriz Barros.

Alessandra acted as a bridesmaid during Ana’s big day in Mykonos, while her daughter Anja Louise, seven, was one of the flower girls.

It was one of the many pit stops on the family’s “Eurosummer”, which has seen them visit France, Greece, Spain, Ibiza and Germany in the last four weeks alone. 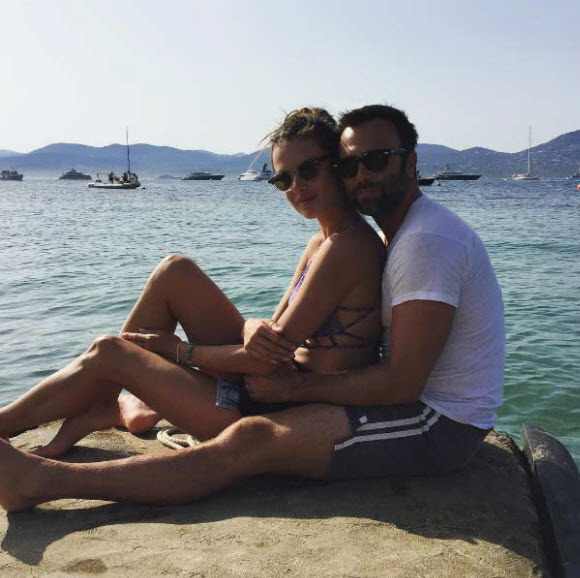