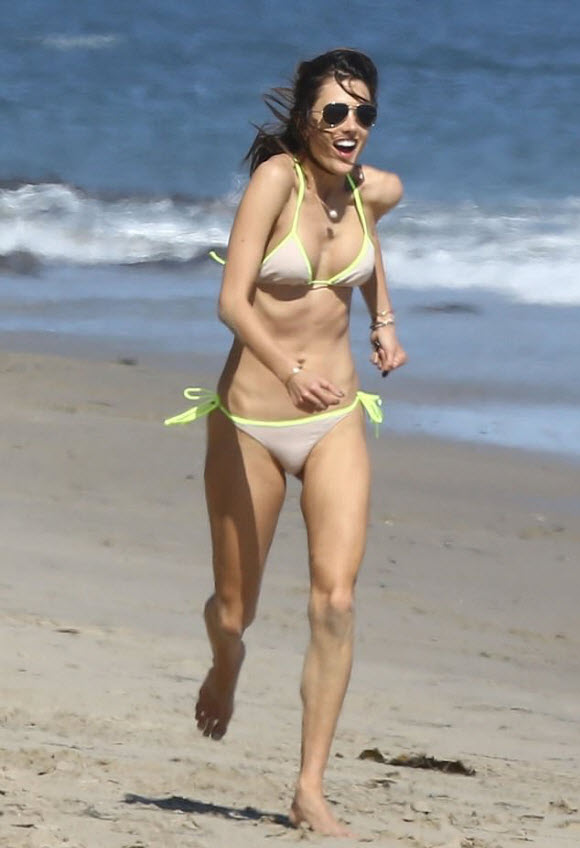 Victoria’s Secret angel Alessandra Ambrosio flaunted the fruits of her labour as she put on a sizzling display while frolicking on the beach in Malibu, California on Tuesday.

The 36-year-old Brazilian model showed off her rock hard abs and ample assets in a tiny bikini as she lapped up the sun. 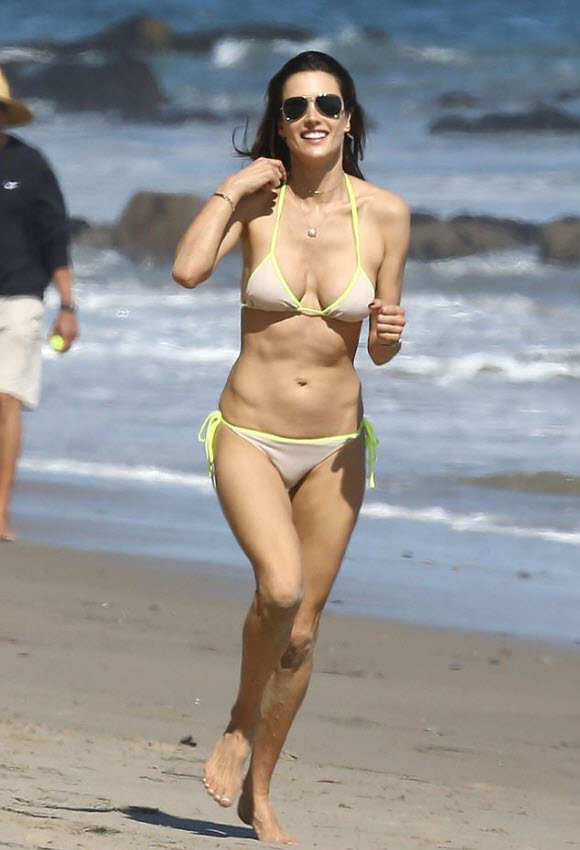 The tiny bikini, which consisted of a nude colour scheme and neon yellow lining, served to accentuate Alessandra’s impeccable figure.

The minuscule bikini top tamed her assets in place while the matching bottoms flaunted her lean legs, and when she turned put her sensational derriere on show. 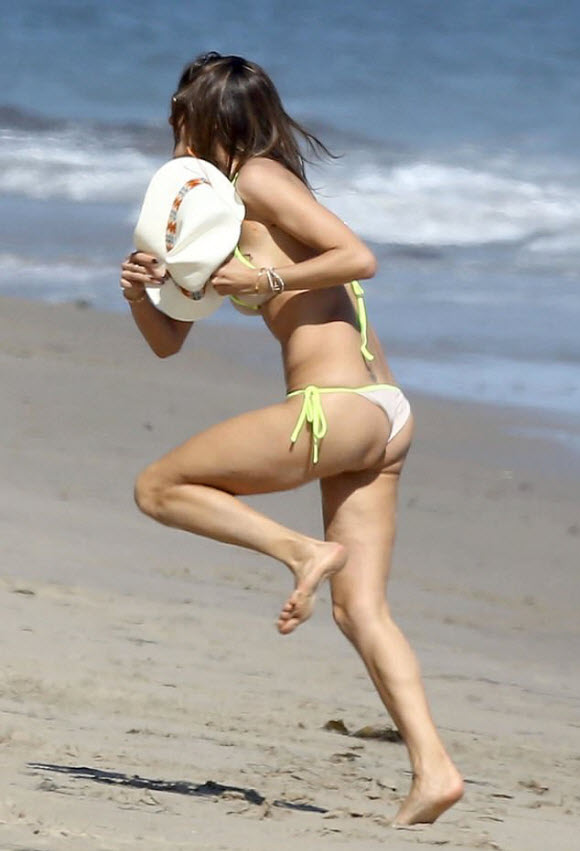 The catwalk queen, who boasted a subtle slick of make-up, was in high spirits as sher ran up and down the beach.

Later on in the day, Alessandra was out and about inLA, clad in fitness attire.

For one part of her day, the beauty looked to be coming from a workout, as she was seen carrying a water bottle.

The star sported a white cropped top with the word ‘Love,’ written across the front.

Alessandra added a pair of solid black leggings and white tennis shoes to her look.

The mother-of-two threw her brunette tresses up in a tight bun and accessorized with shades and minimal jewelry. 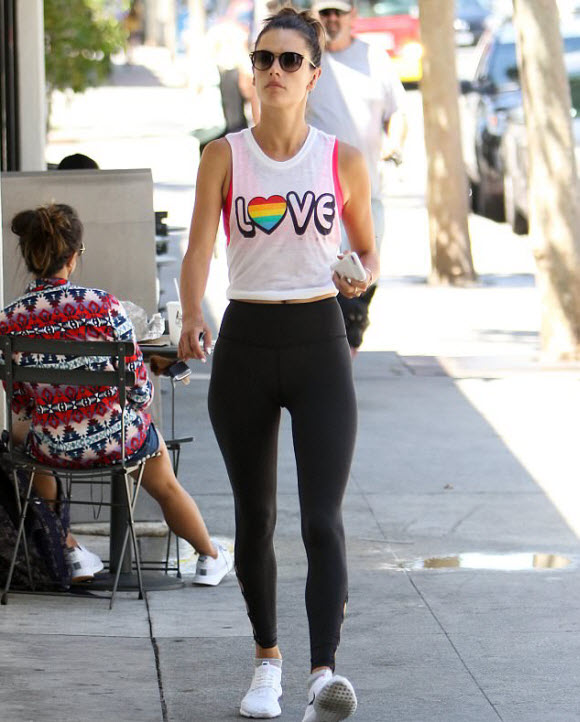 Since 2008, Alessandra has been engaged to businessman Jamie Mazur.

The couple are parents to daughter Anja, nine, and son Noah, five.

In a 2015 interview with Extra, the model, who was preparing for the annual Victoria’s Secret Fashion Show at the time, spoke of why she had not set a wedding date yet.

‘It’s such a preparation for the Victoria’s Secret show that I’m just like…It takes a long time to get prepared for the show, you know. When I do the wedding it’s gunna be very special so I want to take time for that too.’

Alessandra has certainly been keeping busy.

This year, the beauty will return to her role in the Daddy’s Home franchise.

For the film’s second installment, working mom Alessandra will star as Karen, the significant other of Mark Wahlberg’s character.

The model-turned-actress continues to be a go-to cover girl for magazines such as Harper’s Bazaar and also run her own clothing and accessories line, Ale by Alessandra.