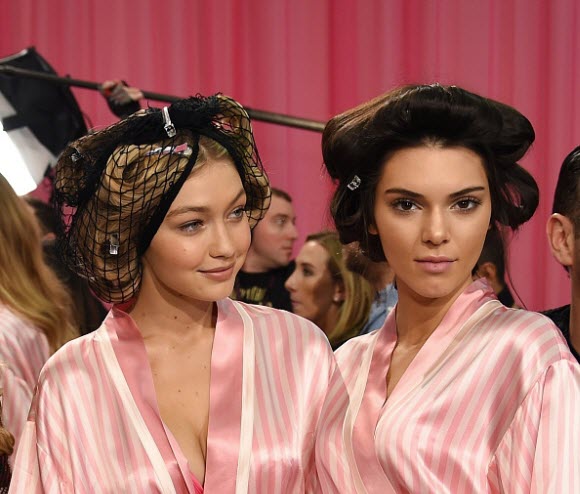 Fellow model Shanina Shaik defended Kendall Jenner and Gigi Hadid from criticisms on how they nabbed their spots at the 2015 Victoria’s Secret Fashion Show.

In an interview with Mail Online Australia, the 24-year-old Aussie model revealed that the high-profile models have worked hard to get their status in the fashion industry regardless of their family’s connections.

“I know them personally,” Shaik explained.

“Attachment sometimes from the outside in can help but they do work really hard. They also have dreams and goals they want to achieve and they’re very humble and they’re very appreciative of everything great that happens to them. I see that myself.”

Gigi Hadid became well-known because her mom, Yolanda Foster, was a “Real Housewives of Beverly Hills” star. Kendall Jenner, on the other hand, gained prominence for appearing in her family’s reality show, “Keeping Up with the Kardashians,” along with her famous half-sisters Kim, Khloe and Kourtney.

“Gigi’s been modelling since she was a young kid and I think people forget that,” Shanina Shaik said. ” Gigi had to try out a few times before she got in. And Kendall, she’s been saying she wants to model for a while.”

Shanina Shaik debuted on the Victoria’s Secret runway in 2011. She commended Kendall Jenner and Gigi Hadid for their first performance in the show last year.

“They did an amazing job and they looked great and they did amazing for the show,” she added. “They have amazing bodies and they fit the criteria for Victoria’s Secret.”

E! News reported that Shaik remembered the first time that she walked for Victoria’s Secret when she saw Kendall Jenner and Gigi Hadid last year. “Seeing them being new to Victoria’s Secret, I saw myself four years ago,” she elaborated.

“I had like Adriana Lima and Miranda Kerr giving me advice at that time so I just said, ‘You know what, enjoy the moment.'”