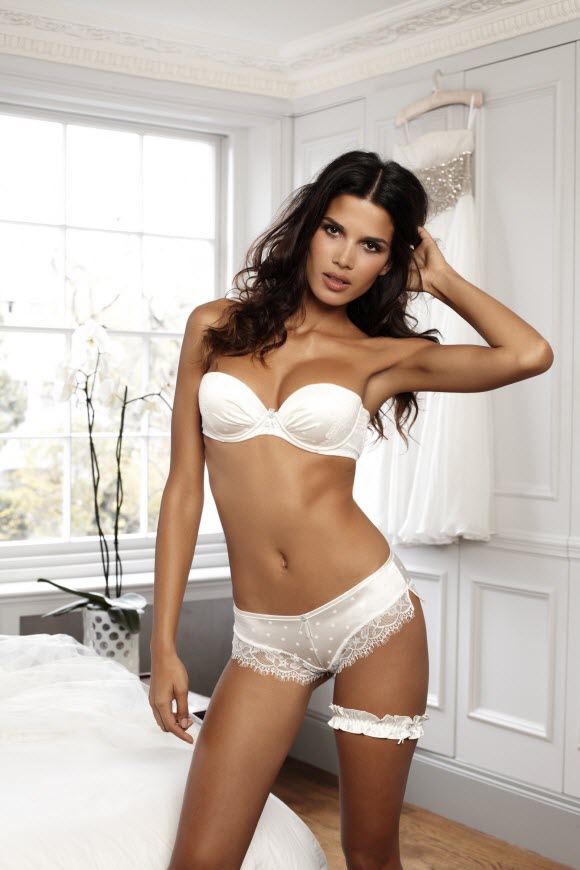 Oliveira was born in Niterói, Brazil, the youngest of three children. She has two brothers: Givago (an economist) and Pablo (a lawyer). She graduated from the Sao Vicente de Paula school in Niteroi.

In 1999, Oliveira entered the Elite Model Look contest in Brazil and beat 30,000 girls for the top prize. She was sent to Nice, France, for the final international competition, where she placed second. Soon thereafter, she moved to New York with her mother Conceição de Oliveira to try to build her career.

Raica Oliveira was christened “The Sensation” at the 1999 fall fashion shows in Paris and Milan.She was one of the most talked about models of the season alongside Adriana Lima, Maggie Rizer, Oluchi and Karen Elson. Her first campaign was for Christian Dior, shot by photographer Nick Knight; it appeared in the likes of Vogue and Vanity Fair. In May 2000 Oliveira was one of the models to appear in the Vogue USA edition’ segment Blame It On Rio, the photographer was Mario Testino and it also featured Gisele Bündchen, Fernanda Tavares and others .Raica becoming one of Brazil’s most searched top models led her to be ranked in 2001 by the magazine Istoe Gente to be on of the best paid Brazilian models, earning US$300,000 for her work, which included walking in more than 76 fashion shows in only two seasons.

The 2002 calendar celebrating the Vespa, shot by Peter Beard, featured Oliveira, along with Nourchene Scherif and Mia Rosing. Oliveira also posed for the Pirelli Calendar in 2005. The same year Jennifer Lopez decided to make her own clothing line and Raica was chosen to appear on the ads as the head face for the fall/ winter collection.

In addition to her campaigns and ads for Dolce & Gabbana, Yves Saint Laurent, and La Perla, Oliveira was unveiled as a spokesmodel for the cosmetics company Lancôme in 2006 and fashion laicence Punto Blanco. She then replaced top model Naomi Campbell at the Selmark Underwear Collection 2006 fashion show. She has also modeled swimwear for Victoria’s Secret.

In 2006 Oliveira has joined the ranks of models charging over €20,000 for a fashion show after she walked on the runway for TNG fashion show in Rio. In February 2007 she appeared in Sports Illustrated.In March 2007 Oliveira joined IMG Paris and she also appeared in Ann Taylor advertisements. In September 2007, she appeared in Bandolino ads which was featured in Vogue and InStyle. She also became the new face of Avon Oliveira is also a representative for David Morris London jewelry. Raica was one of the supermodels who appeared in the Blame It On Brazil edition of Vanity Fair in September 2007, photographed by Mario Testino.

Photographer Gabriel Mendes’ work, “Urban Puns – Trocadilhos Urbanos”,which consists of urban portraits, mostly everyday-people shot in front of street-art murals, that were shot in Rio de Janeiro, São Paulo and New York, where Mendes resides, has Raica posing for the photographer as the subject on one of the twelve photos that make his visual diary. The photo was taken in New York in front of a street graffiti in 2007.

She is featured in the Sports Illustrated 2007 Calendar and appeared at the Sports Illustrated 2007 Sportsman of the Year Awards on December 4, 2007. In February 2008, she appeared in a GQ editorial for United Kingdom. Oliveira landed a contract with the fashion brand XOXO for the year 2008. The new XOXO campaign features both Oliveira’s face and name in their brand, revealing Raica as one of their spokesmodels. She is currently with Next Models( London, New York, Milan and Miami), Elite Models, Munchen Models, and more.

São Paulo Fashion Week released a calendar featuring 25 Brazilian models including Oliveira, photographed by Bob Wolfenson with art direction by Giovanni Bianco. The calendar was accompanied by a movie containing interviews with the models, which was broadcast at GNT in Brazil and then hit the shelves as a DVD.

In April 2008, Oliveira was featured in a campaign for fashion brand H&M in the Caribbean and in the United States.

Oliveira is against posing nude: “I could not pose nude. Nothing against those who do, but I never felt right about it. It’s not something that would make me proud.”

She graced the May 2008 cover of Spain’s YO DONA magazine. Oliveira appeared at the Cannes Film Festival in 2008. In Cannes, she was photographed for the French Vogue.

Oliveira, Daniela Cicarelli and Deborah Secco are the faces of the Brazilian footwear brand Via Marte for the Spring/Summer collection 2008/2009 and Raica is also the spokesmodel for Lez a Lez, Banco de Areia and Pain de Sucre (France) for spring/summer 2009.

The fashion week in São Paulo (SPFW) for the summer season 2010 featured Raica walking on the fashion shows of Agua de Coco. O Estilo and Cia Maritima which are two of Brazilian best known fashion brands.

Raica Oliveira is modeling lingerie for Victoria’s Secret. She is featured in the brands new campaign in 2009. This is the second time Raica is advertising Victoria’s Secret since 2005 when she appeared in their swimwear catalogue.

Oliveira is the first Brazilian model ever to appear in a Swarovski campaign. She is the face of the Ginga Collection which hits the stores in April 2010.

In November 2010 Oliveira became the new face of lingerie brand Ultimo replacing Kelly Brook. However, while Raica is happy to pose in her underwear for the new campaign, she has drawn the line at ever posing nude.

She was going to be the presenter of Fórum Desenvolvimento Sustentável 2008 but was unable to do so because of her modeling work.

Raica Oliveira is a vegetarian and she has stated she has been one her whole life and doesn’t feel the urge to eat animal meat. Oliveira speaks Portuguese, English, French, Spanish and Italian. She loves animals. She has eight dogs in her home town . Raica has six tattoos and plans to study philosophy at a university when she retires.

She reportedly dated Nat Rothschild in 2008, of the famous banking family, formerly was between 2006 in partnership to Ronaldo.

Oliveira is a part of the Arte Solidaria foundation. Raica Oliveira is pledged in beneficent causes. Her photograph is in a book in calendar format that the Hope House has launched in 2008. Her income from this is slated for an institution that helps children with cancer.