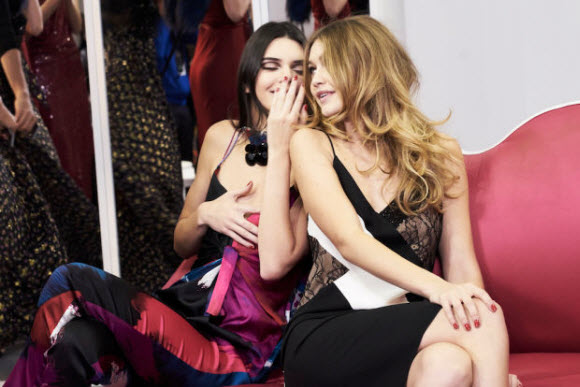 The Brazilian supermodel Gisele Bundchen continues her reign as the world’s highest-paid model, according to Forbes.

Bundchen, 36, who recently featured in the opening ceremony at Rio, has topped the list since 2002 and last year amassed $30.5million (approximately £23.3million). According to the finance magazine the majority of her income comes from her advertising contracts with brands including Chanel and Carolina Herrera.

The list also serves as a testament to the power of the new generation of models who have successfully navigated social media to advance their careers. Kendall Jenner is named as the third highest model having earned $10 million over the past year, meaning her earnings on the year before are up by 150 per cent. Jenner has the highest Instagram following on the list and wasowner of the most liked post on the social networking site until recently.

The list also reflects the lack of diversity on the catwalk, given that aside from the Puerto Rican model Joan Smalls, American model Jasmine Tookes and Chinese model Liu Wen the majority of the list are white women.

Natalie Robehmed, a staff writer at Forbes, told the Independent: “The majority of the list is overwhelmingly white, which reflects the lack of diversity in campaigns. A recent survey of Spring print ads found 78% of models used were white, compared with just eight per cent Black or four per cent Asian models featured. Despite the rising fame of plus-sized models such as Ashley Graham, no plus-sized model earned the $4 million cut off necessary to make this year’s ranking. While models of colour and models who aren’t ‘straight-sized’ do find work in editorial shoots, they still rarely book the high-paying contracts that lead to a spot on this list.”

Rosie Huntingdon-Whitely’s addition to the list makes her the highest-earning British model, in part thanks to her signature lingerie, beauty and clothing lines at Marks and Spencer, which saw her earn $9 million (£6.8million). Closely following Huntingdon-Whitely is Delevingne and Kate Moss in 13th.

Forbes calculated the estimated earnings of the models, before management fees and taxes, based on earnings from various contracts, as well as interviews with managers and agents.